70 Years of Selective History After the Pacific War

What are the prospects for the next 70? 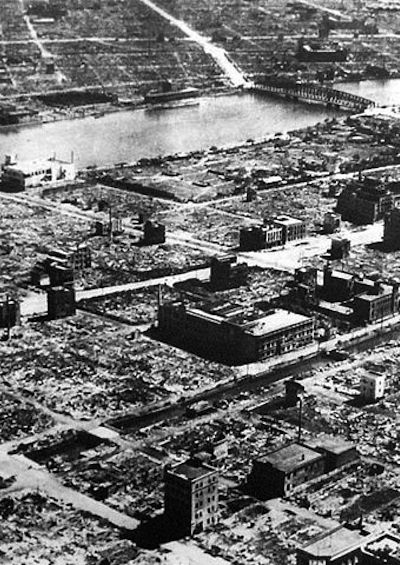 In her movingly beautiful novel dealing with Japan from the mid-1930s to the mid-1960s, “The Gods of Heavenly Punishment” (2014), author Jennifer Cody Epstein describes how people tended to divide life between “before” and “after”: before and after the war.

When I was living in Japan in the 1950s, I remember the coinage and frequent usage of the term “apure” – this was derived from the French term “après guerre” and was meant to convey the mood of the “new” Japan after 1945.

Already in his outstanding book, “Year Zero: A History of 1945” (2013), Ian Buruma, dealing with both the Atlantic and the Pacific Wars, demonstrated how things were not that simple.

As he shows, the closure of Auschwitz did not immediately result in the end of anti-Semitism in Germany or elsewhere in Europe.

“Year Zero” also covers in gruesome detail the atrocities committed by the Japanese in China – the mass rapes, the activities at Unit 731 in then Japanese-occupied Manchuria, where vivisection was carried out on prisoners of war amid experimentations in biological and chemical warfare.

There have been waves of water under the bridge in the past 70 years, though they have flowed quite differently in Europe and East Asia.

June 2014 marked the 70th anniversary of the Normandy D-Day landings. It was an emotional occasion, in which not only the heads of state and government of the allied nations but also Angela Merkel of Germany participated. Similarly, veterans from both sides attended and embraced.

The 70th anniversary of the surrender of Germany and the end of the war in Europe on 8th May this year will no doubt reflect a similar spirit of reconciliation.

That history has been openly and collectively addressed for decades. When I was a doctoral student in the 1960s at St. Antony’s College, Oxford, there were British, French and German researchers and scholars working together.

Dinner table discussion frequently turned to “what had happened.” There is a basic consensus in Europe about the history of World War II and especially about the atrocities – the holocaust – committed by Germany. Erstwhile enemies are at peace, not because they have forgotten the past, but because they remember it.

The situation in the Pacific is different and alarming. Historical amnesia is never a good thing. In the famous words of George Santayana: “Those who cannot remember the past are condemned to repeat it.”

Japan invaded every single East Asian country except Thailand in the course of the Pacific War, though today many Japanese arriving in, say, Singapore, Malaysia, the Philippines, Burma or Indonesia, hear about it – if they do at all – for the first time!

In Pacific War amnesia and distortions, however, the Japanese are not alone. Rana Mitter made a great contribution to historiography when he wrote “China’s War with Japan, 1937-1945: The Struggle for Survival” (2013), which deals in detail not only with China’s war against Japan, but its overall contribution to World War II generally.

Again, ask the reasonably educated man or woman in the street anywhere, which were the allied powers during World War II and s/he will probably respond: Russia, Britain and the United States. The enemies were, of course, Germany, Italy and Japan.

No mention of China? Among many facts that come out of Mitter’s book, the war the Chinese waged against Japan, sacrificing huge number of lives, permitted the United States to concentrate on winning the war in Europe before moving to conclude the war in the Pacific.

This is rarely acknowledged. China has been to a considerable extent air-brushed out of the history books. The reason, of course, is that the Chinese turned communist shortly after the war (1949) – hence they became the United States’ enemy!

Cody’s novel includes scenes before and during the war, in the United States, Japan and Manchuria, and events such as the 1942 Doolittle air-raids.

However, the highlight and most dramatic chapter describes in amazingly terrifying detail the March 9-10, 1945 American bombardments of Tokyo that reduced the city to rubble and cost an estimated 100,000 lives, one of the worst atrocities of World War II. The number of people killed in Dresden was less than 20,000.

The 70th anniversary of this particular event, occurring today, strangely appears to be marked by silence from both the United States and Japan.

Ask the reasonably educated American at a university and he is more than likely not to have the foggiest idea what his country did to Tokyo in March 1945 — and probably does not care. His Japanese counterpart may know, though he will stay stoically silent and endure (“gaman suru” in Japanese).

Tokyo’s more assertive foreign policy and Prime Minister Abe’s nationalism notwithstanding, it is not the time, as Japan increasingly faces a rising Chinese behemoth – against which it waged three wars – to risk alienating its savior and ally, the United States!

The United States has been completely complicit in the historiographical distortions of the Pacific War. Before and after cannot easily be separated, nor can past and future.

The present historical perceptions — or perhaps more accurately — misperceptions of the past conflicts in the Pacific do not augur well for the future.

Present perceptions or misperceptions of the past conflicts in the Pacific do not augur well for the future.

The war the Chinese waged against Japan permitted the US to concentrate first on winning the war in Europe.

The March 1945 American bombardments of Tokyo cost about 100,000 lives, one of the worst atrocities of WWII.

Present perceptions or misperceptions of the past conflicts in the Pacific do not augur well for the future.

The war the Chinese waged against Japan permitted the US to concentrate first on winning the war in Europe.

The March 1945 American bombardments of Tokyo cost about 100,000 lives, one of the worst atrocities of WWII.

Before Iran, Benjamin Netanyahu to Congress on Iraq