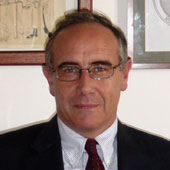 There is another loser, in the November 8 U.S. presidential elections beyond Hillary Rodham Clinton. It’s the Vatican of Pope Francis. Its defeat is a cultural more than a political one.

Donald Trump is an alien, if not an enemy, for papal Rome. His values and geopolitical vision are just the opposite of Jorge Mario Bergoglio’s. In a way, he is considered a kind of anti-Pope.

What is worrying, in the Holy See’s vision, is that the new U.S. president might become a model of conservatism, perhaps even of a reactionary mood, within the Catholic world itself.

He could exacerbate a growing difficulty of Francis’ Church to be heard in western public opinion.

What Cardinal Timothy Dolan, Archbishop of New York, labelled as a “disgusting presidential campaign,” did not prevent many U.S. Catholics from voting for Trump, notwithstanding the blunt confrontation Trump had with the Argentinian pontiff at the beginning of the campaign.

Their quarrel became public and was amplified all around the world on February 18, 2016.  Coming back from a trip to the border between Mexico and the United States, where he had celebrated a Mass on Mexican territory, Francis was accused by the Republican candidate of being “an agent of the Mexican government on immigration.”

The reason: The Pope had repeated that bridges, not walls, have to be built up to unite and not divide peoples.

“Whoever thinks that walls and not bridges are to be built, is not a Christian,” the Pope said, provoking a blunt answer from Trump.  “Nobody knows what remained in Trump’s soul after those words, quite unusual for Vatican diplomacy,” an influential Italian cardinal says confidentially and with a bit of concern.

A new “Internationale of Xenophobia”?

Now it matters a lot and casts a long and intriguing shadow on the relations between the two “parallel empires” of the West.

The concern stems from the fear that Trump might become the champion of an “Internationale of Xenophobia,” a phenomenon already taking momentum all over western and eastern Europe with the rise of populist forces.

The fact that the United States elected a president openly against immigration, above all Latin-American immigration, as well as against Islam, is viewed as a nightmare by Francis.

Francis is struggling to improve and normalize relations between North and South America. He also tries to explain to Catholic conservative circles that Islam per se cannot be associated with terrorism.

That’s why the Holy See is very cautious officially, as the first words of the Vatican Secretary of State, Cardinal Piero Parolin, confirmed.

Yet, the Pope is deeply concerned about the United States: A country divided, bitterly split on fundamental values, with radical xenophobic and secularized positions.

Reconciliation appears hard to achieve, both within the country and with Francis’ Holy See. But that problem pertains primarily to the Vatican and to U.S. bishops.

While in March 2013, it was the United States that was trying to understand what had happened in the Conclave with Jorge Mario Bergoglio’s election, now it is the reverse.

It’s now the Vatican that is obliged to understand what Trump’s election implies for the Catholic Church.

“Our strategy can only be that of the “lesser evil,” a close adviser to the Pope admitted confidentially on the eve of November 8.

The “lesser evil” was considered Hillary Clinton, not Trump. “We cannot support him,” was the last hours’ assessment.

Not by chance, on September 22 Trump released a list of 33 prominent conservative Catholic advisers for his campaign, according to reports from Philly.com, a website of The Inquirer and Daily News.

There was huge surprise not only about the victory of the Republican candidate, but also about the number of votes received.

The reason for the Vatican’s concern is not that Donald Trump is a Protestant and a Presbyterian. Religion doesn’t matter as much as it might appear. The concern is that the occupant of the White House will be someone deeply hostile to the Catholic Church.

The real problem is that Trump might view the Vatican as an intruder and a potential obstacle to his domestic and even international agenda, particularly a Latin American Pope who refuses the old balance and alliances of the Cold War.

The Pope referred implicitly to the U.S. elections during his flight back from Georgia, on October 2. About the two candidates for the White House, he just said that there is “a difficult choice.

But during an electoral campaign I don’t want to say anything. The people are sovereign and I can just suggest to study well both the proposals and choose conscientiously.”

The people expressed their sovereignty with a yes to the “candidate of the wall” with Mexico; a “non-Christian Christian,” according to the meaning of the Pope’s words in February; and to the champion of the National Rifle Association, thanked officially by Trump in his first speech after the election.

The diplomacy of mercy versus Who-knows-what?

What a striking opposition to Francis’ stance against weapons and wars. The Pope is the major strategist of “The diplomacy of mercy,” as Editor-in-Chief Antonio Spadaro wrote on February 13, 2016 in La Civiltà cattolica, the quarterly of Italian Jesuits.

Spadaro is a loyal interpreter of the Pope’s thought. The Argentinian pontiff envisions a foreign policy where the Holy See aims at a “direct and fluid relationship with superpowers, without joining a pre-ordained network of alliances and influence.”

There is a refusal “to divide the world between victims and executioners.” Even on terrorism, Spadaro wrote, “Francis’ reaction is dismay,” and an attempt to go down to the roots of the phenomenon.

Easy to guess the difficulty of making such positions acceptable to a large portion of western public opinion, frightened and horrified by ISIS’ murders, and to broad sectors of the Catholic world which see the economic crisis, immigration and terrorism as threats to defend themselves from.

Francis swimming against the tide?

Francis is hugely popular, and his vocal criticism of globalization’s distortions receives high respect and support. But he is swimming against the tide on other topics. The United States might prove the strongest tide to swim against.

The American elections gave a clear signal: The mood of the country is frustrated, fearful and reactionary. As American Catholics belong first to the United States and then to the Faithful, the assumption is that even U.S. Catholicism is turning conservative. Its echo is resounding in Europe as well.

Francis’ inclusive narrative on immigration and on tolerance towards Islam was defeated by Trump’s populism against Latin American immigrants.

It’s true that officially the president’s approach to abortion and gay rights is quite tough. But it seems more in tune with the United States’ most conservative bishops than with the Pope himself.

There is a possible point of geopolitical convergence on Russia, as both the new U.S. president and the pontiff consider Vladimir Putin a leader to deal with to solve problems like terrorism and the stabilization of Syria and of the Middle East in general.

On this point, Trump was attacked even as a puppet of the Kremlin. Hillary Clinton was assumed to be more confrontational towards Moscow.

On China, Francis is looking for dialogue, despite Beijing’s lukewarm and ambiguous reaction to the Vatican. Trump, on the contrary, has promised to bash China on economic trade.

It is possible that the presidential campaign was so extreme that his presidential role will moderate his approach to problems. The question mark is inevitable.

Since November 8, the Holy See is more conscious that the West does not consider the South American Pope its only cultural beacon and guide. Strong forces and people are moving the First World in another direction.

Francis was accused by Trump of being “an agent of the Mexican government on immigration.”

There is fear that Trump might become the champion of an “Internationale of Xenophobia.”

The Pope is concerned about the US: split on fundamental values, xenophobic and secularized.

There is also concern that the occupant of the White House will be someone deeply hostile to the Catholic Church.

The United States might prove the strongest tide for Francis to swim against.

Francis was accused by Trump of being “an agent of the Mexican government on immigration.”

There is fear that Trump might become the champion of an “Internationale of Xenophobia.”

The Pope is concerned about the US: split on fundamental values, xenophobic and secularized.

There is also concern that the occupant of the White House will be someone deeply hostile to the Catholic Church.

The United States might prove the strongest tide for Francis to swim against.

To Pres. Obama and Secretary Clinton: “In The Name of God, Go”