When U.S. Hedge Funds Abuse the Rule of Law

In the battle of New York vs. Argentina, hedge funds plead innocence, while gaming the system. 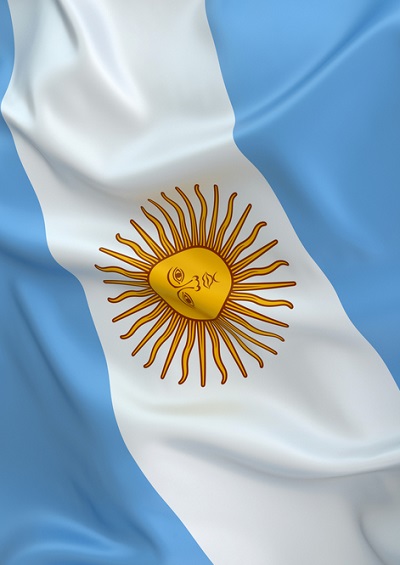 Why is it that Argentina, once again, cannot pay? Well, that’s actually not the issue. Argentina can pay and has paid its semi-annual payment to the trustee of the restructured bonds, the Bank of New York Mellon.

Without getting fully into all the legal tangles – and they are mind-numbingly complex – there is a broader point to be considered in the battle of New York vs. Argentina. It concerns the role that New York-based hedge funds play in the global financial game.

In essence, they try to present themselves as sheep, while they really are wolves. Let me explain: Unlike most of Argentina’s bondholders, NML Capital and Aurelius Capital Management bought Argentine bonds in 2002 and 2003, after Argentina had already defaulted. For that reason, they were able to buy these bonds for pennies of their face value.

Why on earth would they do that, you ask? Because from the get go, they intended to use – or rather abuse — the legal rights of holders of bonds issued under New York law for one purpose only, to make Argentina pay the full amount at a later point in time.

Argentina managed to obtain restructuring agreements from its bondholders in 2005 and 2010 that paid them 30 cents for each dollar owed and over a much longer maturity.

The hedge funds rejected these restructurings. They knew that New York law was on their side.

The letter of the law

You see, most bond agreements at the time provided that even a supermajority of bondholders could not force so-called holdouts to accept a restructuring deal. In other words, those who did not participate could still insist on full payment.

Now, in the abstract this makes sense. Investors who buy bonds at face-value should expect full payment of interest and principal. Since a bond is a contract, they should not be bound by the consent of other bondholders who agree to lesser terms in order to help out a country that is in a pinch.

But this is not the case here. The two hedge funds bought these bonds after they had already been defaulted upon. They knew full well that the Argentine government would never offer — and could not offer — full payment. NML Capital and Aurelius Capital Management’s premeditated choice was to sue Argentina in U.S. courts.

And they won. Going strictly by the letter of the law, Judge Thomas Griesa, a federal judge for the U.S. District Court for the Southern District of New York, ruled in favor of the hedge funds.

The spirit of the law

After his ruling was upheld and the Supreme Court rejected a hearing on it, Argentina had to comply on June 30. It did not. The 30-day grace period will expire on Wednesday. Without payment to the hedge funds, Argentina will have to default again.

True, Argentina should have complied with its debt obligations and surely could have afforded to pay more than the 30% of face value to all investors. But the hedge funds’ exploiting the letter of U.S. law after buying defaulted bonds for pennies and then asking for full repayment flies in the face of what justice is all about.

The Argentine government has taken out advertising in the New York Times describing the hedge funds as vultures. No tears should be shed over a totally mismanaged Argentine economy and a people who willfully elect one populist government after another.

But that does not mean that one cannot feel utter disgust for funds which abuse U.S. rule of law to profiteer at the expense of many and for the benefit of a few.

If nothing else, this is tantalizingly close to an exercise in unabashed legal imperialism.

Hedge funds buy defaulted bonds for pennies, then want full repayment? That contravenes what justice is all about.

When hedge funds act like vultures, they engage in legal imperialism.

The hedge funds have the legal high ground vs. Argentina. Should they?

Hedge funds buy defaulted bonds for pennies, then want full repayment? That contravenes what justice is all about.

When hedge funds act like vultures, they engage in legal imperialism.

The hedge funds have the legal high ground vs. Argentina. Should they?