Algae Is Not Endive: The Future of Biofuels in the United States 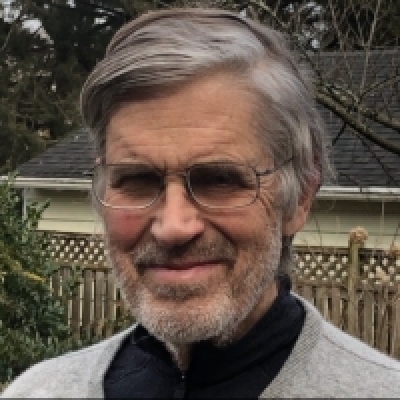 Dan Morgan is an independent journalist and author. He covered national and international affairs for The Washington Post for more than 40 years.

The plant world has a curious way of providing fodder for Republicans in the midst of important elections in the United States. In 1988, the party cast the Democrat’s presidential candidate, Michael Dukakis, as an elitist for suggesting that strapped Iowa corn farmers might make more money growing Belgian endive.

The ridiculing of Dukakis struck a cultural chord with blue-collar voters wary of esoteric-sounding ideas — and, as a bonus, tapped into the native suspicion Americans have of all things European.

This year, Republican politicians are throwing algae at Democrats and hoping it will stick. Heading into a string of primaries in southern oil and gas states, former House Speaker Newt Gingrich, then still a plausible candidate for the Republican nomination for president, mocked President Barack Obama’s support for algae-based fuels. He called it “cloud cuckoo land.”

The prominent conservative columnist Charles Krauthammer quickly followed suit, declaring “Algae is not what Americans believe in.” The Republican message seemed to be that real men don’t fill up their pickup trucks with algae fuels when good old-fashioned gasoline is available.

But algae is not endive. Esoteric-sounding or not, algae fuels are part of a new generation of advanced biofuels with the promise of easing the hammerlock of the OPEC cartel on the rest of the world.

Unlike Europe, Japan, India and other major economies, the United States still has considerable untapped oil resources, accessible now through new techniques such as hydraulic fracturing.

But while more domestic drilling — which has also been endorsed by President Obama — can make the United States more self-sufficient, it cannot bring down the price that Americans (or Asians and Europeans, for that matter) pay for oil. The price of oil is determined in a world market, and U.S. production is too small to influence that price by much. Rapidly rising demand in China and India, however, does.

Only steps that give consumers choices among fuels (such as ethanol, biodiesel and biobutanol) and types of vehicles (hybrids, all-electric cars and cars powered by natural gas) can end petroleum’s monopoly.

Congress’s 2007 Energy Independence and Security Act, which was signed by President George W. Bush, provided major incentives to develop these new fuels in the United States. It requires that 21 billion gallons a year of “advanced biofuels” be refined by 2022. That is about 15% of the nation’s liquid fuel needs and would be in addition to the nearly 15 billion gallons a year of conventional biofuels, mainly ethanol, now being made from corn.

These steps are part of a proud tradition by which the U.S. government has steered the economy in new directions through a discreet mixture of tax incentives, research funds, tariff protections and mandates. What pro-business Republican opponents of the infant biofuels industry seem to have missed is the fact that business is already several steps ahead of them.

Companies such as Shell, BP, Exxon Mobil, and PetroChina have committed significant investments. The Pentagon is also backing the effort in its drive for greater energy self-sufficiency. “The global biofuels industry has become big business,” according to a March analysis by Pike Research Reports.

Much of the work on the new fuels is taking place at the microbial level in science labs. One track involves finding — and then modifying — bacteria and enzymes tailored to extract vast untapped quantities of sugar now locked up in the tough, resistant cell walls of corn cobs, poplar trees, perennial plants such as switchgrass and miscanthus, and many other sources of biomass.

Bloomberg New Energy Finance reported in January that the United States, Argentina, Brazil, China, the European Union, India and Mexico could meet 10% of their gasoline demand by 2030 by converting just 5% of their agricultural waste to next-generation ethanol.

The science is challenging. The trick is to develop bacteria and enzymes that can efficiently breach the defenses of trees and plants, and convert their complex molecular structures into liquids from which biofuels and chemicals can be made cheaply enough to compete with gasoline. Some companies are working on cheaper ways to convert vegetable oils or municipal wastes into biodiesel or biobutanol.

Another track involves algae. These tiny organisms grow on sunlight and carbon, and store energy in the form of oil and starches from which fuels, chemicals, cosmetics and medicines can be made. “Green crude” is the main end product of algae.

More than 65 research institutions and dozens of companies (including big ones such as General Atomics and Honeywell) are working toward eventual large-scale commercialization. Some have broken ground on pilot projects. Phycal, Inc., recently signed a deal to sell fuel from algae to Hawaii’s electric utility.

Some companies in the United States and Europe also see a role for algae in fighting climate change, because algae absorbs carbon dioxide, a major greenhouse gas produced by power plants and refineries. One experiment is using heat, waste and water from an ethanol refinery in Iowa to produce 200 tons a year of high-grade algae in adjacent ponds. The resulting oils, carbohydrates and proteins can be sold to makers of diesel fuel, ethanol, pharmaceuticals and animal feed.

One advantage of algae farming in ponds and vats is that it does not displace crops grown for food and cooking, as do corn, soybeans, sugarcane, rapeseed and palm, now the main sources of biofuels. By some estimates, a commercial-sized algae industry could someday meet a large share of the nation’s fuel requirements on less than 10 million acres, including desert lands on which no food is now grown.

Corn from 35 million acres of U.S. farmland will go to ethanol refineries this year. But corn is reaching the upper limit of its ability to serve as a feedstock for energy.

Congress has taken notice. A bipartisan Algae Energy Caucus is backing a number of bills that could help the industry. Veteran Republican Congressman Brian Bilbray of San Diego wants to make it easier for algae companies to meet federal renewable fuel requirements and make them eligible for tax credits.

The industry is still years away from producing commercial-scale quantities of fuel that is as cheap as gasoline, and many other hurdles remain. For example, water shortages are becoming acute in the Southwest United States, where ample sunlight is ideal for algae cultivation.

But awareness is growing that biofuels could be a significant part of the world’s energy future. Just recently, for example, a senior American politician noted that by the end of the decade “you could be fueling 12 airplanes, 20 airplanes, 30 airplanes” with algae-based fuels. That was none other than Newt Gingrich, addressing an audience of California Republicans in February.

These tiny organisms grow on sunlight and carbon, and store energy in the form of oil and starches from which fuels, chemicals, cosmetics and medicines can be made.

What pro-business Republican opponents of the infant biofuels industry seem to have missed is the fact that business is already several steps ahead of them.

Algae farming in ponds and vats does not displace crops grown for food and cooking, as do corn, soybeans, sugarcane, rapeseed and palm.

Dan Morgan is an independent journalist and author. He covered national and international affairs for The Washington Post for more than 40 years.

These tiny organisms grow on sunlight and carbon, and store energy in the form of oil and starches from which fuels, chemicals, cosmetics and medicines can be made.

What pro-business Republican opponents of the infant biofuels industry seem to have missed is the fact that business is already several steps ahead of them.

Algae farming in ponds and vats does not displace crops grown for food and cooking, as do corn, soybeans, sugarcane, rapeseed and palm.