Argentina: What the Pope Left Behind

Now is the time for Argentina, boosted by a new pope in Rome, to stop gaming its economic statistics and focus on real economic reforms. 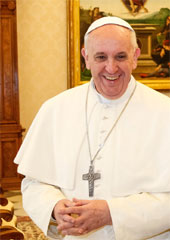 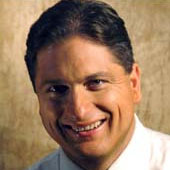 In order to measure the standard of living across international borders, The Economist magazine invented the Big Mac Index to show what it costs to buy a Big Mac hamburger in McDonald’s restaurants in different countries in their local currencies. It offers a very rough rule of thumb for making international economic comparisons.

But try getting a Big Mac in Argentina. The country does have its fair share of McDonald’s restaurants. But you won’t find Big Macs and their price listed on the menu of any McDonald’s you walk into. You can find a “Triple Mac” listed — and you can ask for a Big Mac.

As locals explained to me, this is due to random price controls imposed by the Argentine government. In order to combat inflation, the government randomly selects items — Big Macs, mobile phones and the like — that are bought universally. Big Macs are priced artificially low at the urging of the government.

This leads to a semi-rational, yet perverted world. McDonald’s doesn’t want you to buy an item that is deliberately underpriced (and hence it doesn’t list the Big Mac on its menu). Meanwhile, the Argentine government creates the illusion that inflation is under control and consumer items are affordable to the average Argentine.

This is not the case of a trivial form of gaming economic statistics. Rather, it is a clear-cut and classic example how the lack of transparency in economic institutions causes bizarre economic distortions.

As Argentina makes plain, economic statistics send an important message — about truth seeking versus gaming the system. In the end, they speak to a nation’s character — and its future potential.

The fact that the quality and reliability of a country’s institutions — political and economic — make a big difference with regard to the economic and social progress they are able to make over time. This argument is presented at great length and very compellingly in the seminal work by Daron Acemoglu and James A. Robinson, Why Nations Fail.

According to the authors, an honest embrace of political rights and property rights makes a big difference. It guarantees that all players know the rules of the game. Institutions rely on transparency and trust — in economics and in politics, just as they do in sport and in life.

As regards the power of institutions, it is instructive to examine them to explain the big difference between the economic development of Argentina and another country with a beautiful landscape, great resource endowment and a great stock of human capital — my home country of Australia.

Economic historian Ian McLean has looked at the difference in landownership structures in 19th-century agriculture in Australia and Argentina. While Australia broke up the “squatters” grip on agricultural land to democratize land ownership, in Argentina — as in most of Latin America and Africa — the elites managed to control land for a much longer period.

As a result, the urban working class, consisting of many Italian and Spanish immigrants who flocked to Argentina at the turn of century (one in four people in Buenos Aires in 1870-1900 was born overseas), was landless. That made them susceptible to the “charms” of Peronist protection and economic intervention.

And despite subsequent, short-term bouts of economic liberalization, this interventionist impulse remains in Argentine policy institutions to this day.

In contrast, Australia re-made its economic policy agenda over the last 30 years, slowly but surely opening up its economy. It maintained strong social protections, but not trade protections, through a Prices and Incomes Accord with the Australian trade unions.

“Social wages” are provided for, there is universal health care, and there are proper education, labor market and pension programs, with appropriate targeting for the economically weak and means testing.

But despite the divergence with Australia, Argentina still has great potential. It still has a major resource endowment in terms of agriculture and untapped mineral resources.

In fact, institutional reform could make a big difference to Argentina’s mining industry. At the moment, half of the Argentine provinces still ban mining, and when I was in Argentina, the Brazilian mining giant Vale pulled out of the province of Mendoza because of regulatory uncertainty.

A concern in Argentina is the impact of mining on agricultural land, the environment and indigenous rights. Corporate social responsibility (CSR) is understandably very important to the Argentines. There is potential for Australian mining companies, who are world leaders in CSR, to help develop this field more in Argentina — as they have in the rest of Latin America, particularly in the Andeans states of Chile, Peru and Colombia.

Another bonus to Argentina is that, economically speaking, it now has good neighbors mostly in Latin America. Compared to the 1980s and 1990s, Brazil’s economy has vastly improved. Chile is the “Jaguar of South America” (the equivalent of an Asian Tiger). Uruguay has strengths in agriculture — and times are vastly improving in Peru and Colombia.

During the global financial crisis of 2008, Latin America was neither a cause nor a drag on global growth. Argentina has, for once, found itself in a sweet spot globally, and can forge stronger ties regionally.

There is still an opportunity to tap into the nation’s talent banks which have relocated themselves abroad and encourage Argentines to bring their learning back home to help reshape institutions.

But the overriding concern — the sine qua non of it all — is a crying need for real economic reform. Economic reform in Argentina was a bit like Nirvana — it was big in the 1990s — but there’s hasn’t been a lot since then.

The efforts of then-Finance Minister Domingo Cavallo, for example, were a bit too short and too sharp — and thus caused reform fatigue and another crisis.

But there is a piece of good news. Democratic rights are as important as property rights — and in 2013, Argentina celebrates 30 years of the restoration of democracy.

That is an important marker for any country, but particularly one with Argentina’s troubled history. It provides the grounding to overcome a long record of undershooting its true potential.

For Argentina to succeed, it needs to restore its economic institutions to build trust and transparency, just as it has done in terms of democracy. A good way to start would be to build price signals back into the Argentine economy, starting with the Big Macs at McDonald’s. As long as the silliness of doctored statistics continues, Argentina will continue to focus on the wrong things.

One can only hope that President Cristina Fernández de Kirchner and her supporters, now boosted by a pope in Rome, will find the proper weight of history resting upon them to put their country on the path to the future that it deserves.

Institutions rely on transparency and trust — in economics, in politics, just as they do in sport and in life.

The contrast between Argentina and Australia, for all their outward similarities, could not be more profound.

Australia democratized land ownership, while in Argentina — as in most of Latin America and Africa — the elites held on.

Peronism and government interventionism are the logical consequence of this dependence mindset in Argentina to this day.

Argentina has, for once, found itself in a sweet spot globally, and can forge stronger ties regionally.

Institutions rely on transparency and trust — in economics, in politics, just as they do in sport and in life.

The contrast between Argentina and Australia, for all their outward similarities, could not be more profound.

Australia democratized land ownership, while in Argentina — as in most of Latin America and Africa — the elites held on.

Peronism and government interventionism are the logical consequence of this dependence mindset in Argentina to this day.

Argentina has, for once, found itself in a sweet spot globally, and can forge stronger ties regionally.