Beyond the Global Brain Drain: The Global Care Drain

What problems arise from women in developing countries emigrating to the West to work in the care industry?

What problems arise from women in developing countries emigrating to the West to work in the care industry? 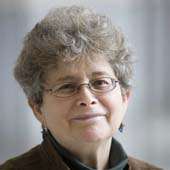 The "brain drain" phenomenon is one that is well-known to observers of global trends. The migration of educated, skilled and professional workers from their countries of origin (which often trained them) in the developing world to more developed societies where they can earn much greater salaries and enjoy a higher standard of living has been going on for decades.

A trend that is less well known, but becoming increasingly visible and equally troubling, is the "care drain" — the migration of women from developing countries, where they perform the bulk of care work unpaid, to the developed world, where they can do the same work for pay.

The care of children, frail elders, the disabled and chronically ill has emerged as a key policy challenge around the globe. Rising rates of female labor force participation, combined with declining birth rates and rapidly aging societies, have disrupted conventional divisions of labor that assigned care work primarily to women.

Instead, care is increasingly being provided through either public institutions or the market. But who is going to take up this kind of employment?

Care work, or "intimate labor," as it is aptly called, involves hands-on physical ministrations. It often requires workers to live in the homes of their employers and tends to be conflated with domestic service. Widely regarded as unskilled (though many in the field would dispute this), it is usually low-paid and often, because it is performed in isolation, can become a site for the exploitation and abuse of workers.

In other words, it falls into what labor market analysts refer to as the "3D" category (dirty, difficult and dangerous) — work that is widely avoided by native-born workers in developed societies. But women from developing countries where local employment is scarce see it as an opportunity — and for more than a decade they have been migrating by the tens of thousands each year to find jobs in care work in developed economies.

The resulting transnational labor market thus drains resources from poorer countries and concentrates them in wealthier ones, producing a worldwide redistribution — or maldistribution — of women's caring labor power.

Today's migrants are not primarily the young single women who traveled from the old world to the new to become domestic servants throughout the 19th and early 20th centuries. Rather, these are married women, often middle-aged, who leave behind significant family responsibilities of their own. In their view, however, these women are not abandoning their responsibilities but fulfilling them in a different way.

By earning money abroad and sending it back in the form of remittances, they can pay for children's school fees, elders' medical care, housing improvements and a variety of material comforts, as well as help to start new businesses. By shifting foreign currency from the developed to the developing world, they can ensure a better future for their families.

Yet the accompanying shift in labor power is not unproblematic.

When other relatives are not available to take up the responsibilities of absent mothers, wives, daughters and daughters-in-law (in most places men are notoriously unwilling to perform what they regard as "women's work"), migrants must use some of their earnings to hire other women to care for their families, creating what sociologist Rhacel Parreñas has called a "global care chain."

Although the sharp differences in labor costs between developed and developing countries make such arrangements cost-effective, migrant women still find it difficult to manage them from afar, and many spend hours each day on cellphones and laptops trying to smooth domestic disputes or comfort lonely children and spouses.

Skyping between migrants and their families has become so popular that sympathetic NGOs have set up dozens of facilities where they can have free access to computers expressly for this purpose.

Migrants who find work not so far from home can engage in "caring across borders," participating in job-sharing schemes with other female relatives or friends that allow them to perform paid care work abroad for two or three weeks and return home for another two or three weeks to care for their families — unpaid, of course.

These rotations allow for continuity of care on both sides of the border while bringing migrant workers the financial gains they seek. Relatively inexpensive transportation costs and flexible immigration laws help make them feasible.

The practice has become quite common within the European Union, where the aging populations of the western members create a demand for care work that is readily met by the younger, often skilled but otherwise unemployed populations of the newly admitted eastern nations.

There has been little systematic study of the impact of prolonged maternal absence on migrants' children, but this has not curtailed the spread of popular "mother-blaming" discourses that attribute all manner of youthful (and sometimes adult) misbehavior to women's absence.

(To this historian's ears, such discourses are reminiscent of the ones swirling around the "latchkey children" of female defense workers in the United States during World War II.)

Yet the governments of most "sending countries" are ill-equipped to compensate for the lost caring power of migrant women, since they lack the financial as well as human resources to set up organized social services. Instead, a few have tried to restrict emigration for women, an approach that not only violates international norms of gender equity but does nothing to ease the conditions that drive women to migrate in the first place.

Some kind of global governance is clearly needed to alleviate the inequities roiling at both ends of the global care chain. But it will be difficult to find agreement between the sending countries that experience the loss of female caring labor yet need women's remittances, and the receiving countries that have come to depend on this kind of skilled but inexpensive labor yet are seldom willing to adjust their immigration laws accordingly.

Models for agreement do exist. Last May, for example, after much debate, the 63rd World Health Assembly, convened by the WHO, passed a Global Code of Practice on the International Recruitment of Health Personnel. A document like this could offer guidelines for a code of practice regarding the international recruitment of elder and child care workers.

But it is not clear what body could provide a forum for hashing out such an agreement, nor how it could be enforced. Here and there, migrant women care workers themselves are beginning to mobilize. Perhaps they will succeed in placing the issue on the global agenda.

Popular "mother-blaming" discourses have been spreading, which attribute all manner of youthful (and sometimes adult) misbehavior to women's absence.

Widely regarded as unskilled, "intimate labor" is usually low-paid and often, because it is performed in isolation, can become a site for the exploitation and abuse of workers.

Some kind of global governance is clearly needed to alleviate the inequities roiling at both ends of the global care chain.

Popular "mother-blaming" discourses have been spreading, which attribute all manner of youthful (and sometimes adult) misbehavior to women's absence.

Widely regarded as unskilled, "intimate labor" is usually low-paid and often, because it is performed in isolation, can become a site for the exploitation and abuse of workers.

Some kind of global governance is clearly needed to alleviate the inequities roiling at both ends of the global care chain.

Britain: A Normal Country, At Long Last (Like Germany)