Despite repeated high hopes for progress, it has been fifty years of unresolved economic problems in Brazil. 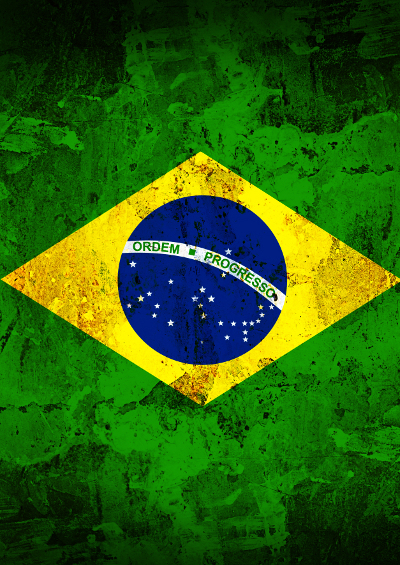 In the run-up to the 2016 Olympic Games in Rio, the world’s attention has been amply focused on Brazil.

The kind of attention the country has generated, however, was definitely not what the country’s top officials had in mind when they competed to get the games awarded.

Dilma Rousseff’s messy struggle for political survival and, most recently, the Zika outbreak added to the negative economic news, due to the down cycle in global commodities markets.

As a result, the temporary enthusiasm about Brazil has vanished completely. Decades-old economic problems have moved back to center stage.

In the current news environment that often ambles breathlessly from one negative pronouncement to the next, it is important to understand Brazil’s problems more fully.

Brazil has been famously characterized as “Belindia” — a country in which a small minority of the population lived like well-to-do people would in advanced modern economies, while the vast majority lived like low-income people in India.

The captivating term was coined by my friend Edmar Bacha, who runs a Rio think tank, back in 1974. Then, ten years ago, former Planning Minister Delfim Neto came up with another humorous epigram for Brazil: this time, it was “Enghana.”

Brazil, as he saw it, had the (then extremely high) taxation level of England, but those government revenues were used to deliver social services that were at par with the standards in Ghana.

In a further linguistic twist, the Portuguese word enganar means to trick or hoodwink (taxpayers, in this case). The implication is that nothing ever changes much in Brazil. As the saying goes, Brazil “is the country of the future, and always will be.” So what has happened to “Belindia” and “Enghana”?

In some very important ways Brazil has changed a lot over the last 10-20 years. In other ways, it has not. From inception, the “Belindia” metaphor deliberately exaggerated the separation between low-income people and others, but it was a striking “bumper sticker” for Brazil’s extreme income inequality.

Brazil’s income inequality was for a long time among the highest in the world. This was true until about ten years ago, when inequality began to decline year after year.

In this regard, Brazil’s remarkable evolution is reflected in the share of the middle-class, broadly defined, which rose from around 30% of the population in the early 1990s to about 55% in 2011.

How did this happen? My answer is: Brazilians were lucky to have elected two outstanding presidents — Fernando Henrique Cardoso and Luis Lula da Silva.

The first one, Cardoso, managed to curb Brazil’s perennial inflation. What is little understood is that reducing inflation is a hugely “pro-poor” policy, as poor families live on cash, which melts away by the day.

Another important driver of social inclusion is the explosive growth of mobile communications. Today, there are 300 million mobile phones in the country Brazil is also the third biggest user of Facebook, behind India and the United States.

So “Belindia” has been dealt with pretty successfully. Alas, the “Enghana” metaphor is still valid today.

The government’s costly system of social benefits only serves a minority of the population, who are not the poor. Meanwhile, taxes are among the highest in the world.

For example, many Brazilians — in the formal economy, which often means the government sector — like to retire exceedingly early at near-full salary, to find second jobs (some actually managed to get re-hired in their old jobs).

Between 1993 and 1998, the average retirement age went down from 54 to 49 years, and the number of private sector retirees receiving government pensions nearly doubled.

The pensionable age has been raised since, but a great many early retirees live happily in Brazil. Their pleasure is a great financial burden on the rest of society.

Brazil remains therefore a “raft economy”: A minority captures substantial social benefits, while the rest are swimming around the raft and paying heavy taxes.

This huge drain on the government’s finances has diverted funding to expensive benefits for a few from badly-needed infrastructure upgrades, and hence stunted the country’s economic growth potential.
And Brazil’s transport costs are notoriously high

While school expenditure and coverage have increased, quality is very uneven and too many Brazilians are still only marginally literate.

The higher education system produces a fraction of the needed talent pool, notably far too few engineers to meet the country’s needs.

Last but not least, high protection against imports — a good brand-name Chinese radio costs three times what it does in Chile — depresses the population’s purchasing power.

For all its indisputable charms, Brazil has remained one of the world’s economies most isolated from the rest of the world.

Its trade (imports plus exports) adds up to less than one-quarter of GDP, half of India’s ratio and less than half of Russia’s and China’s.

The vertical axis of the following picture shows trade as a percentage of GDP; the horizontal axis shows how the ratio evolved from 1962 to 2015.

Brazil (blue) was overtaken by India (red), which during that time caught up with China (green) and Russia (purple). Indeed, today, India, China and Russia have similar trade ratios (30-40% of their respective GDPs), compared to Brazil’s 20 percent.

Owing to its massive endowment of fertile land and mineral resources, Brazil is today one of the world’s top exporters of soy beans, orange juice, iron ore and some other commodities.

It has not, however, been successful in increasing the share of non-commodity exports, prices of which are far less volatile.

Fewer than 40% of Brazil’s exports are manufactures, compared to 64% of India’s and more than 90% of China’s. Of the BRIC countries, only Russia, with a rate of 15%, is out-performed by Brazil.

Despite the current bout of the pervasive pessimism about Brazil, some important indicators are pointing in the right direction. Much will depend on whether the country has chance to get the corrosive political infighting under control. That is a distraction the country cannot afford.

Brazil is known as “Belindia” — where the minority was affluent while the majority lived like low-income people in India.

Brazil was called “Enghana” because its taxation level was like England's but social services at par with Ghana.

Brazil is a "raft economy": A minority gets social benefits while the rest swim around the raft and pay heavy taxes.

Brazil is known as “Belindia” — where the minority was affluent while the majority lived like low-income people in India.

Brazil was called “Enghana” because its taxation level was like England's but social services at par with Ghana.

Brazil is a "raft economy": A minority gets social benefits while the rest swim around the raft and pay heavy taxes.