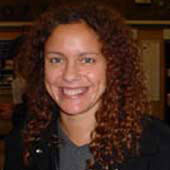 While Britain's prime minister has proven himself to be a curiously steadfast defender of America, the rest of the country is much less enamored.

In fact, the Bush-Blair coalition is turning many Britons into anti-Yanks. In the 15 years since I first moved to Britain, I have never felt anti-American sentiment running so high.

In the days following 9/11, of course, it was different. A "be nice to Americans" policy was unofficially enacted — which proved, frankly, alarming. When people heard my accent, they would look at me with sympathy, calculating: "Did she know anyone?"

Newspaper vendors, bartenders, shopkeepers — whomever I spoke to — was quick to voice sorrow at my country's loss. I was moved and bewildered: After all, this is a nation with a collective self-consciousness so pronounced that conversing in public with strangers is akin to picking your nose. You don't do it.

But the burst of good will towards Americans that followed September 11 was as brief as it was intense. And as the Bush Administration's beating of the war drums intensifies, Britons are complaining loudly and authoritatively about all things American.

It’s evident everywhere — from the morning radio programs to the Parliamentary debates, right on to pub conversations and the comedy clubs. To be an American living in Britain these days means being taken to task, rightly or wrongly, on some pretty heavy issues.

These include: U.S. refusal to abide by international protocols, decades of morally questionable foreign policy, our support of Israel, our love of guns, a dependence on oil so pronounced we are willing to go to war for it.

There's truth to those who say current sentiment is more anti-Bush than anti-American. Mr. Bush plays very neatly into a number of British stereotypes about America. One is that he's viewed as over-privileged — and dumb.

Worst of all, he's from Texas. Dallas was one of the most popular shows in Britain in the 1980s. To this day, the nation equates the state with unbridled greed and hypocrisy.

As they criticize Mr. Bush, Britons are quick to tell you that they have no problem with individual Americans. They love vacationing in the United States — and respect things like our clever comedy programs (which we Americans somehow manage to pull off despite — so Britons believe — lacking a sense of irony).

But having said all that, many of the people I talk to in London will quickly launch into scathing monologues about Americans that go far beyond the shortcomings of our President.

The ambivalent relationship that Britain has with America is as complicated as ours is simple. Americans think of the British as reserved but funny, polite but naughty, nice-sounding and quaint. But truth be told, we Americans don't think of them that often.

The British, conversely, have spent the last several decades bombarded by U.S. culture and observing the increasing U.S. dominance of global politics.

As a result, they seem to have spent an inordinate amount of time trying to make sense of their wayward child. All in all, their conclusions are not kind. To much of Britain, most Americans are overweight, gun-toting, bible-thumping trailer-living fat people.

Indeed, fat America is one of the things the British like to go on about at length. I have yet to attend a comedy show in London where the topic hasn't come up. But struggling comedians are only a small slice of the (Americans-shouldn't-be eating-any-more) pie.

The fatness of Americans has been the subject of serious British TV documentaries and research papers, fodder for endless inches of newspaper columns, the source of amusement in many pub conversations.

It's as if there's great comfort to be taken from our size: Those Americans may be the last great superpower, they may have the strongest economy and defense — and dominate the world culturally — but let's face it THEY'RE HUGE! Don't they have any self-restraint?

This depiction isn't helped by another American television import. Since Jerry Springer burst onto British television screens half a decade ago, Britons imagine they now know what "real Americans" are like.

He's even changed the media language: the American South is now always described as "the deep south" — and poor people are inevitably "trailer trash."

As a result, phrases which would take our breath away should they appear in the New York Times are bandied about without second thought in quality British papers — and on the BBC.

I recently voiced my concerns about rising anti-Americanism to a British friend over lunch, and he passed on wisdom he had heard which he thought summed up America:

I hesitated. "That's helpful," I finally ventured, hoping that — despite my nationality — he would recognize my irony. "But don't you see," he exclaimed, "It's the fatal combination of incredible power and incredible ignorance that makes America such a paradox."

And indeed, it seems to me that the biggest beef that Brits have against Americans these days is this "incredible ignorance." Evidently, we are not sufficiently concerned or informed about the world. Yet, we have an enormous influence upon it, they claim.

"What really gets us Britons," my friend added, "is the fact that Americans don't understand what's going on. It's like the guy who walks in to a pub with a huge wart on his chin. He doesn't know it's there — and doesn't care."

Its front page ranted: "Americans have always been notoriously insular — just a sixth of them hold passports — and asking them to find anywhere outside the United States on a map is a daunting challenge."

As the U.S. government reduces its foreign policy to good vs. evil sound bites, the rest of the world has watched with increasing anxiety.

"America is like a teenage adolescent on the world stage that we just have to wait to grow up," my friend said. "But in the meantime, they might blow us away."

And in this argument, I feel his grievance is an entirely understandable one. It stems from the most basic of instincts: fear.

For if the U.S. attacks and Saddam fights back, Brits know that it's a lot easier for the missiles to reach London than New York. That's the geography that is currently bothering the British.