Charity in Brazil: Helping Children on the Street

Picturing the growth of homeless children in Brazil. 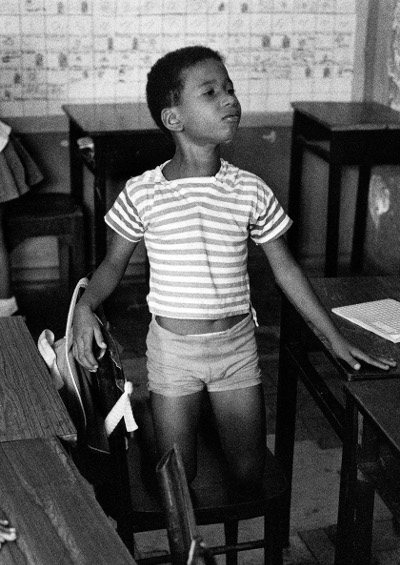 Credit: Viviane Moos - The Other Hundred

Vivian Moos is a professional, award-winning photographer based in New York City. She uses her knowledge of six languages to build trust with those she photographs, allowing her to put a story behind her pictures. She focuses on putting a personal picture to the topics she covers.

In the early 1990s, Viviane Moos spent several months on the streets of Rio de Janeiro, sharing and photographing the lives of child street gangs. In 2013, she returned to see what had happened to the children she had known, and in particular to see what difference one man, Robert Smits, founder of Refúgio de Meninos e Meninas da Rua (REMER – Shelter for Street Boys and Girls), had made to the children in his care.

Text and photographs by Viviane Moos

At five, Adriano ran away from the poverty and abuse of his family to live in the district around Rio de Janeiro’s central station, begging, stealing and taking drugs. In 1994, he was living in a REMER refuge with Robert Smits as his guardian. Here, as on many evenings, he has tucked himself onto a shelf to watch television, above Monique (see opposite) sucking her thumb on the couch below.

In March 2013, Adriano is a bus change-maker. He has just completed a heavy equipment training programme as an excavator operator and is now planning to change jobs and start working on one of Rio’s many construction sites.

In 1991, Monique, aged four, sits on her older sister’s lap as they beg beneath a ticket counter in Rio de Janeiro’s central station. The two sisters lived with their mother, an alcoholic, in the central station rubbish tip. In 2002, a bus hit and killed their mother as she crossed a street while drunk.

In 1994, Monique gives her teacher a dose of street attitude on her first day at school. By then she was living in the REMER refuge. A few months later, the courts allowed her to leave for Shalom farm, another REMER facility, several hours drive from Rio, where she lived until she was 18.

In March 2013, Monique, now 25, sits on the floor of her brother’s one-room apartment, beneath her daughter, five, and her daughter’s two best friends. She has just got a job selling phone plans to customers. With a low base salary, commissions will be the main part of her earnings. Now she wants a closet in which to hang her clothes and then to move out of her brother’s home into her own apartment.

Vivian Moos is a professional, award-winning photographer based in New York City. She uses her knowledge of six languages to build trust with those she photographs, allowing her to put a story behind her pictures. She focuses on putting a personal picture to the topics she covers.

With an election coming up in #Brazil, @theglobalist presents a picture of Rio's street children

With an election coming up in #Brazil, @theglobalist presents a picture of Rio's street children

The Congress of Vienna at 200