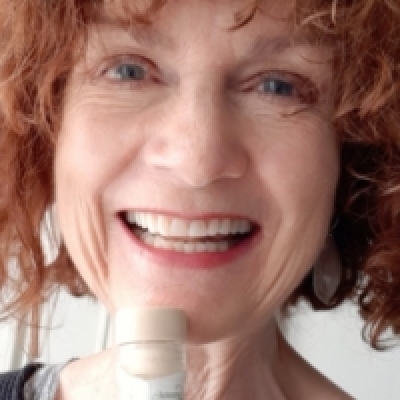 The precautionary principle is an elusive concept. A formal part of environmental law in Sweden and Germany, its several definitions broadly boil down to the notion “better be safe than sorry."

Sometimes this happens instinctively. Our ancestors without understanding the hazard to health of raw meat, cooked their kill.

But we humans are pleased to take a certain amount of risk in our lives — especially if we stand to gain financially.
In that spirit, the United States is plunging ahead with developing and growing genetically modified foods — without going through the prolonged testing period you would imagine desirable for a product so radical and with such potential influence on nature.

Yet, while the United States is resisting every attempt to establish labeling for GM foods at home and for export, Washington is showing extreme caution over what it sees as a far more dangerous threat to public health: raw milk cheese.

Here, too, one might wonder: Is the FDA's interest in banning raw cheese import — and its effort to legislate against U.S. raw milk cheese production — for the common good?

Or did it come in response to lobbying from powerful industrial cheese manufacturers threatened by the growing market for American artisan cheeses?

It is hard to imagine that raw milk cheese — not noticeably a mass killer of Europeans who often eat the stuff on a daily basis — should raise such ire with the Food and Drug Administration.

Yet, quietly behind the scenes — and unpublicized to the artisan cheese-makers of America who know their carefully crafted cheeses to be safe to eat — the United States has lodged a disturbing motion with the World Health Organization.

Directed primarily at European cheese-makers, it aims to ban the export across any borders of all raw milk cheeses of any age. Until now, unpasteurized cheeses over 60 days old have been allowed into the United States.

If the ban goes through, U.S. consumers can say goodbye to old masters like Cheddar, Gruyere, Parmigiano-Reggiano and Roquefort. The FDA is also quietly agitating to establish a ban on the use of raw milk in the manufacture of any cheese made in the United States.

Passionate cheese lovers and cheese-makers alike argue that pasteurization slows down the cheese ripening process. By eliminating 90% of micro flora in the milk, it destroys flavor and produces less complex, more uniform cheeses.
While enthusiastically acknowledging there are many wonderful pasteurized cheeses, Ms. Werlin says, "When you get into raw milk, you get into nuances of taste and flavor that can't possibly be there once the milk is pasteurized.”

Some 80% of U.S. cheese is marketed by the National Cheese Institute — the U.S. dairy industry association — with 90 member companies. This is the body behind the push for mandatory pasteurization for all cheese milk.

John Sheehan, director for the Division of Dairy and Egg Safety within the Office of Plant and Dairy Foods (part of the Center for Food Safety and Applied Nutrition of the FDA), says, "We are currently investigating all raw milk cheeses. Evaluation is under way right now. It's a priority this year. It's going to be comprehensive."

It won’t be the first time a U.S. government agency pushes legislation that favors the big producers over small less powerful ones.

But pasteurization won't guarantee that cheese will be made safer. On the contrary, it could render cheese more dangerous as the natural flora in raw milk cheeses can overcome pathogens.

In addition, much of the science that has been used to regulate raw milk cheeses has ranged from dubious and outdated to outright useless.

For example, in 2003, the National Research Council published the report 'Scientific Criteria to Ensure Safe Food', which includes cheese. Its recommendation for a 60-day aging period for cheese was based — by its own admission — on expert testimony provided during hearings in the 1950s.

And it confessed, “Unfortunately, many of the cheeses that were intended for examination in this part of the study were not tested for the presence of B. abortus, as samples were lost. Further, initial cheese storage period lengths were not standardized — but rather ranged from 41 to 84 days, making it very difficult to compare results among the cheese."

Between 1948 and 1988, the United States produced over 100 billion pounds of cheese. During that time, only six outbreaks of food-borne illness were reported. The highest cause was not raw milk, but post-production contamination in both pasteurized and unpasteurized cheeses.

In other words, the causes were related to bad handling or storage practices at the stage following the actual making of the cheese.

In three outbreaks of cheese-related illnesses involving Salmonellosis cited by the National Research Council report, it concluded they appeared to relate not to type of milk, but to poor cheese-making practices in industrial-size manufacturing plants — not by small artisan dairies.

Of the first, in 1976, traced to Cheddar manufactured in Kansas, it wrote, "This outbreak resulted from numerous lapses in good manufacturing practices and cannot be attributed solely to inadequacy of a 60-day holding period for pathogen reduction."

Despite this underwhelming body of evidence, this report appears to have prompted the FDA’s concerns regarding unpasteurized cheese. U.S. artisan cheese-makers work to the FDA’s Hazard Analysis and Critical Control Point standards to protect their continuing survival in the business.

HACCP standards were developed for astronauts and applied science-based controls from raw material to finished product to prevent hazards that could cause food-borne illnesses.

In 1996, South Dakota University published a study indicating the 60-day aging period did not eliminate E. coli from cheeses.

Alarmed artisan cheese-makers — who had had no reports of food-borne illnesses relating to their own cheeses — asked Dr. Catherine Donnelly, respected food microbiologist and professor of nutrition and food science at the University of Vermont, to take a closer study.

She also discovered that in each of the outbreaks that did involve hard cheeses, contamination appeared to have occurred after aging, so pasteurization wouldn't have prevented them.

A well-documented outbreak of food sickness from soft cheese consumption took place in California when fresh cheese for the Hispanic market was being made in bathtubs by locals and sold on the street with no reference to hygiene practices.

While cheese-makers and suppliers applaud the FDA’s efforts to protect the public from risky foods, the ramifications of an antiseptic food supply are, as Laura Werlin says, “If we eat food so sterilized, when we catch anything, we won't have immunity."

One good solution — one that U.S. authorities have rejected with regard to GMO foods — would be clear labeling standards for raw milk cheeses.

Consumers could then make up their own minds whether they want to run the risk of having a Roquefort with their dinner. And in response to food-safety hand-wringing, it is tempting to say: If you're worried about death by cheese, don't eat it.

Risk and Precaution — A U.S. Perspective