China as a Stimulus for Latin America?

Does competition with China help or hinder Latin America’s progress?

Does competition with China help or hinder Latin America's progress? 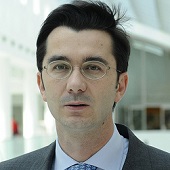 China's integration into the global economy is an undisputed reality for academics, business people and policymakers today. With outstanding growth rates for the past three decades, mainly due to external demand, China has positioned itself at the core of the globalization process.

It supplies the rest of the world with manufacturing goods, technology components — and, more recently, services. Latin America should benefit from this wake-up call, seizing the financing opportunity brought about by China's rise.

The expanded trade volume has allowed China to accumulate significant foreign exchange reserves. The recent creation of a leading sovereign wealth fund, the China Investment Corporation (CIC), is a clear signal of the country's capacity for exporting capital abroad.

So far, the People's Bank of China (PBOC) and the CIC have focused their market operations mostly on conservative investments such as government bonds and banks securities. Nevertheless, China's presence in other emerging regions like Latin America is expected to grow.

Likewise, foreign direct investment flows from China to the developing world have almost doubled between 2000 and 2006, according to the UNCTAD (from 3.8 to 6.4% of total flows), whereas FDI stocks have tripled (from 4.2 to 13.9% of total stock).

Traditionally, China has been regarded as a possible competitor for FDI with Latin America. However, research at OECD Development Centre — published on The Visible Hand of China in Latin America and the most recent Latin American Economic Outlook 2008 — shows that such competition is not straightforward.

Except for specific countries like Mexico and Colombia, which have export structures closer to those of China, the most remarkable trend in terms of FDI flows is that Chinese investments are quickly gaining ground on the continent.

Moreover, Latin America and China differ significantly in the nature of the FDI they attract. Whereas inflows of FDI in China are mostly the result of the wide availability of capital coupled with very high productivity growth levels, Latin America's main interest for investors continues to be higher returns and natural resource availability.

In the absence of a strong competition with China for investments, the main question is how Latin America can maximize the financing opportunities offered by growing Chinese investment abroad. In principle, the region is well-positioned. The core of current Chinese FDI outflows goes to commodity sectors, of which Latin America is an important recipient.

However, if the region wants to avoid excessive specialization on natural resources it will need to adapt new strategies to benefit from Chinese FDI. So far, Latin America has based its strategy on horizontal incentives, such as financial openness, deregulation and privatization.

These goals are necessary — but insufficient. Other countries have had better experiences with more active policies, orienting FDI towards long-term objectives, technology transfers, human resources training, as well as FDI-induced spillovers on other sectors of the economy.

So far, Asian investment in Latin America has only focused on a small group of firms in specific sectors such as natural resources and, to some extent, textiles and electronics. More active policies on the part of the host countries need to be introduced.

Beyond the ratification of special agreements with China in recent years, further steps need to be taken by governments in the region. These include the need to identify other synergies and complementarities between the two, helping Latin America's avoid overspecialization in sectors with little processing and value added.

China offers not only a wake-up call, but also an opportunity for integration to Latin American firms.

To make better use of Chinese capital and forge strategic investments in the region, Latin American markets will need to capitalize on comparative advantages — such as their proximity to key markets (United States) and exploiting existing networks that facilitate market penetration.

A number of successful examples by Latin American companies highlight winning adapting business strategies through the identification of industrial and commercial synergies with Chinese counterparts.

In the basic and natural resources Industries, companies like Brazil's CVRD, Aracruz, Gerdau and Chile's Codelco have established themselves as worldwide leaders in their respective sectors of activity. In other sectors, where the comparative advantage is not so clear, there are also some remarkable examples.

A first winning strategy is based on upstream value chain integration, as illustrated by Brazil's Betametch, an IT and hardware company that has become an innovation hub in the region by using China's unique capacity to design and produce technology products and capturing its more downstream value.

A second strategy of focusing on a high value-added niche to achieve global scale. A good example of it is the Colombian home building firm Corona, which has integrated China's unbeatable low-cost base into its value-chain and focused on innovations and scale in regional markets.

Finally, a third strategy is based on a preference for product segments with high volatility of demand and high customization needs, to exploit geographical advantage.

Guatemala's Koramsa is an example of a firm adapting to the new industrial landscape shaped by Chinese entry in the textile industry. It decided to focus on higher value-added garments in smaller batches with shorter lead times.

Adapting to challenges presented by China requires continuous adaptation and innovative thinking. The business opportunity for Latin America vis-à-vis the Asian giant is not negligible — and both government and firms have a role to play.

Besides flexibility and focus, business leaders need to think regionally, exploiting regional market networks and cultural advantages. A culture of collaboration and a greater variety of contracts to formalize relationships, like joint ventures with Chinese companies, will be very valuable in the future.

Adapting to challenges presented by China requires continuous adaptation and innovative thinking in all corners of the globe.

Latin America should benefit from this wake-up call — seizing the financing opportunity brought about by China's rise.

Asian investment in Latin America has only focused on a small group of firms in specific sectors — such as natural resources and, to some extent, textiles and electronics.

Adapting to challenges presented by China requires continuous adaptation and innovative thinking in all corners of the globe.

Latin America should benefit from this wake-up call — seizing the financing opportunity brought about by China's rise.

Asian investment in Latin America has only focused on a small group of firms in specific sectors — such as natural resources and, to some extent, textiles and electronics.

When London Ruled the World