China Vs. America? Learning Strategies in the 21st Century

How do the Western and Eastern educational systems stack up against one another?

How do the Western and Eastern educational systems stack up against one another? 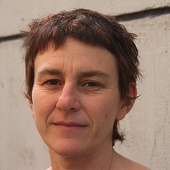 It’s a rainy afternoon in downtown Shanghai. The streets are empty of pedestrians, except for a group of parents waiting outside a school beneath a canopy of umbrellas.

At four o’clock, the kids emerge — all neatly dressed in blue school uniforms with red neck scarves and book bags so heavy some use suitcase wheels to carry them. One day soon, my son will be among them.

Though the city’s expat suburbs are filled with international schools offering curricula from Britain, Germany, Singapore and the United States, an increasing number of foreigners — like us — are determined to send their children to local schools.

The decision is partly based on an inability — or unwillingness — to spend thousands of dollars in tuition fees, especially given the suspicion that local schools are better anyway. After all, what more could one want from a basic education than a strong grounding in language, math and science, all subjects in which Asian schools famously excel.

Our main concern is the ability of our son — and indeed the whole family — to adapt to the strict diligence that is expected of the Chinese. Apprehension increases when talking to local friends.

When Rousseau Chen, a Shanghainese father, wanted to take his 14-year-old daughter Shelly on holiday, for example, she refused.

She told him that the vacation might disrupt her studies. Shelly Chen is at the top of the class at the Shanghai foreign language school, one of the city’s best middle schools. Already near fluent in English, she is studying German and ranks among the highest in her grade in physics.

Her goal is to get a full scholarship to Harvard to study biochemistry. It is not only Western expatriates who grow anxious when hearing about students like Shelly.

Throughout North America, politicians, parents and pundits worry that the industriousness and discipline of kids in the East are leaving relatively relaxed Westerners trailing behind.

Though there is some debate surrounding the statistics, it is widely believed that North America is failing to produce sufficient graduates in sciences and engineering.

Still less controversy attends the observation that math scores throughout the West rank well below those of most Asian countries.

As a result, there is a deepening consensus that, in order to maintain its competitive edge, North American education needs to move away from an emphasis on fun, flexibility and individual learning styles.

Instead, it has to shift towards a more strict, disciplined teaching environment that math and science, in particular, seem to demand.

This shift can be discerned even in Canada, where there are no college entrance exams, and where, standardized testing, memorization and rote learning have long been frowned upon.

One of my own earliest memories from Canadian kindergarten is being reprimanded for copying my friend’s drawing of a house. Nevertheless, there is a mounting chorus complaining that the prominence given to creativity cheats students out of a proper education.

People like science teacher Sumitra Rajagopalan are entreating Canadian educators to adopt a more Asian pedagogical philosophy based on “constant repetition, recitation, grilling and drilling.” In the United States, the rise of China and India is putting even more emphasis on the demand for education reform.

Recently enacted policies — such as No Child Left Behind — have led to an increased stress on standardized testing.

In North Carolina, a friend’s son who is learning his multiplication table must do 100 exercises in four minutes before the school’s principal before he can pass the grade — an exercise that seems positively Chinese.

But in an ironic twist, there is an increasing desire to make education more American in China. Many now agree that the lack of creativity in China’s education system will soon prove a major stumbling block in the country’s continuing development.

Government and business leaders worry about a derivative, manufacturing-based economy, which is unable to innovate core technology, lacks major research and development projects — and lags far behind in creative sectors like marketing and design.

Arriving late for the set breakfast at a five-star hotel in Chengdu, for example, I, along with a group of other foreigners, found that the coffee had run out. Our request for more threw the staff into crisis.

It was not until a series of meetings had been held and permission sought from senior management that a fresh pot could be brewed.

Passing even trivial problems up the management hierarchy in this way is simply impossible in a sophisticated post-industrial society.

Few doubt that for China to climb the value chain and evolve beyond its current position as factory to the world, it must start to inculcate types of creative thinking that cannot be taught through rote learning and memorization. In order to foster these missing capabilities, China has implemented a set of reforms known as “quality education.”

This policy, which aims to teach creativity and emphasize character development, has resulted in certain concrete shifts including changes to textbooks, an increased emphasis on oral skills in language learning — and various attempts to get teachers to encourage student participation.

Most Chinese, however, are skeptical that anything other than surface transformation is taking place. As they are quick to point out, the underlying issue — an education system rooted in standardized tests — has yet to be altered.

China has a long history of standardized tests, beginning with the ancient imperial exams initiated during the Sui Dynasty (581-618). Used for over 1,300 years as a method of selecting government officials, some suggest that official exams should be counted as one of China’s major ancient inventions alongside gunpowder, paper money, printing and the compass.

Today, national tests determine which elementary, high school and university a student will attend. They are still the single most important factor in deciding one’s general career path.

The testing period — especially of the college entrance exams — is a major event throughout the Chinese mainland. In Shanghai, government regulation has established “green protection zones” around exam sites where construction projects are suspended and traffic is redirected.

Taxi companies offer thousands of cars to be reserved in advance. Oral test questions are played out over the radio — and there are even stories of late students receiving police escorts to get them to the exams on time.

However crucial in the cities, the nationalized tests are even more important in the countryside, where they are seen as the only way to escape an otherwise dismal social fate.

Concerns over the strenuous testing system
The weight given to testing is regularly criticized throughout Chinese society. Newspapers and magazines commonly report on the extreme pressure of the general exams.

Stories range from concern over the suicide rate to bizarre anecdotes like the one about girls in Guangdong province who are said to have bought mass quantities of contraceptive pills and then taken them during the test period — in the hope of warding off the ill effects of their menstrual cycle.

Despite these concerns, there is little real impetus for the testing system to change. In China, standardized tests are seen as the only way to guarantee meritocracy and ensure fairness. The Canadian method of granting university admission on the basis of interviews and grade point averages is seen as far too subjective.

In China, many believe that in a system like this the best schools, universities and jobs would go only to those with the right guanxii (connections).

Like the Japanese — who experimented with and then abandoned a policy of “loose education” because of its negative effects on standardized exams — the Chinese say they value creative learning, but will not accept any educational reform that sacrifices test scores.

China’s emphasis on memorization and rote learning has significant consequences. Students are taught that all questions have but one right answer and there is little room for debate and original thought.

Subjects like history and politics are focused solely on dates and names. Even the Chinese language exam, which requires students to write essays, allocates grades according to how well one can quote classical texts and idioms.

As a result, Chinese students develop what appears to many Westerners as a shocking capacity for memorization. Many are able to recite entire articles, and there are stories of some who are capable of committing the entire dictionary to memory.

Even more terrifying for parents of young children like me, some preschoolers have already learned hundreds of Chinese characters, and many are trained to reel off Tang poetry. Chinese students thus regularly achieve near-perfect scores on the standardized exams of Europe and America.

Yet, when they go abroad many of these students find they are ill-prepared for Western education. Chinese students with phenomenal TOEFL (Test of English as a Foreign Language) scores are often incapable of taking part in simple English conversation.

At least one graduate school in one of America’s most elite universities has now become wary of accepting students from China for this reason.

Assumed skills such as in-class participation, seminar presentations and individual research projects, common practice in elementary schools in North America, are largely unheard of in the Chinese classroom — even in most universities.

Moreover, the stress on original thinking and strict rules regarding plagiarism often seem baffling to students from China. An American teacher working in Yunnan province tells of encountering this cultural divide when two students handed in the exact same essay for an in-class exam.

After questioning them, it became clear that both students had memorized the same passages in preparation for the test.

When the teacher tried to explain that she wanted work that originated with the student, they replied with incomprehension: If I memorize it, why isn’t it my own? This difference in attitude speaks to the more profound issues underlying the differences in Eastern and Western education.

If North Americans are to pick up the math and science skills common amongst Chinese, or if Chinese are to develop the creativity of North Americans, it is not enough to implement change in the classroom. It is the culture at large that needs to be transformed.

China has a long history of standardized tests, beginning with the ancient imperial exams initiated during the Sui Dynasty.

Chinese students are taught that all questions have but one right answer and there is little room for debate.

Chinese students develop what appears to many Westerners to be a shocking capacity for memorization.

In China, there is an increasing desire to make education more American. The lack of creativity in education will soon prove a major stumbling block in her development.

Chinese students achieve near perfect scores on Western standardized exams. But when go abroad, they find themselves ill prepared for the education.

China has a long history of standardized tests, beginning with the ancient imperial exams initiated during the Sui Dynasty.

Chinese students are taught that all questions have but one right answer and there is little room for debate.

Chinese students develop what appears to many Westerners to be a shocking capacity for memorization.

In China, there is an increasing desire to make education more American. The lack of creativity in education will soon prove a major stumbling block in her development.

Chinese students achieve near perfect scores on Western standardized exams. But when go abroad, they find themselves ill prepared for the education.

Australia: Behind the Scenes at Beijing