Why is local government reform in China key to the national economy? 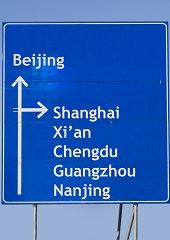 In China, the political relationship between the central and local governments is complicated. What is more, it is – quite surprising for a nation that is widely viewed as ruled by a top-down central government – unbalanced in favor of local governments.

China’s myriad of local governments has grown to become a leading source of risk, both to the country’s economic and financial instability.

Perplexingly, but tellingly in this age of powerful global comparisons, China may be able to learn how to deal with its current local government problem by looking, of all conceivable places, at none other than the historic U.S. experience.

In the 19th century, the United States was characterized by a weak political center and by high spending and high borrowing. In what may still be a sign of things yet to come in China, sometimes-reckless municipal governments lay behind three financial panics in the United States – those of 1837-43, 1873-79 and 1893-99.

Eventually, though, Washington managed to cap the capacity and ability of municipal governments to incur debt and make investments. Moreover, between the two world wars, the U.S. federal government put itself in charge of the fiscal system.

In particular, it obtained control of a system of grants to state governments, which administered the proceeds with local governments. The federal government also oversaw the development of what became a flourishing U.S. municipal bond market.

A question of political control in China

The question then is whether China is also willing, and able, to subordinate its local governments to Beijing. This would require it to build a strong legal financing framework that, in turn, would allow a new and stable system of local government finance to evolve.

That would represent a welcome departure from the current constellation, which is marked – and marred – by a rather uncoordinated “anything goes” strategy shaped by many mayors locally, as well as provincial governments.

“Let a hundred flowers bloom” (and “let a hundred schools of thought contend”) was a standard element featured in various speeches made by Mao Tse-tung during the 1950s. But it cannot be the basis of a viable fiscal strategy for what now is the world’s second-largest economy.

The problem is that China has yet to favor, let alone develop, a legalistic approach like the United States. This also leaves the country’s entire urbanization strategy in limbo. That is especially critical, as the country’s new leadership under Xi Jinping has put its stock into urbanization as the key prong to transform the country.

While the government seems intent to prioritize urbanization as the new growth driver, empirical evidence suggests that it’s growth that leads to successful urbanization, not the other way around.

What makes all of this especially difficult is that it is hard to disentangle local government reform from hukou reform and urbanization.

Despite these difficulties, there is no denying that, without local government reform, there is a significant risk. The distorting impact which local governments have on financial resources, markets and private investment will undermine the very economic growth and stability upon which urbanization – and hence China’s growth strategy – depend.

Though politically very sensitive, reforming local government functions and finances is therefore also eminently sensible in China. This can be considered an essential condition of successful urbanization in the next years.

Without a doubt, China will need a more centrally directed and coordinated growth and development strategy. That is the only way to substitute for the narrow, but relentless pursuit of economic growth by local governments in the past.

On the positive side, this economic “practice” (rather than strategy) has left behind the creation of large and modern cities. But it has also overheated and unbalanced the country’s infrastructure and housing markets. And it has led to increasingly worrisome debt and financing problems, as well as deep dislocations in urban labor markets, and in rural-urban living conditions.

Under an alternative governance template, China’s central government – yes, following in U.S. footsteps – would reserve for itself the legal right to decide social and land policies. And it would also pick up a greater share of the costs, including via transfers to local governments.

Mind you, following in the U.S. footsteps on this account is not an ideological matter of any kind. Rather, it is the consequence of an astounding economic development process, which – then in the United States and now in China – is required to help these countries make the most of their inherent economic, human and social potential.

Rather than essentially being free agents, local governments would then have a legal responsibility to implement the central government’s decisions. But they could fund themselves better via new local taxes and a modern municipal-type bond market.

To be sure, the raison d’etre of local governments would then change. They would become the providers of true social and human welfare, rather than increasingly mindless boosters of the construction and infrastructure sectors. Only then will “quality of life,” rather than GDP, become the country’s new mantra.

Is China is also willing and able to subordinate its local governments to Beijing?

China’s local governments are a leading source of risk to the country’s economic and financial instability.

Without local government reform, China will undermine its urbanization strategy, which is crucial for growth.

"Let a hundred flowers bloom” was an element featured in speeches by Mao Tse-tung during the 1950s.

Uncoordinated local spending cannot be the basis of the fiscal strategy of the world’s second-largest economy.

Is China is also willing and able to subordinate its local governments to Beijing?

China’s local governments are a leading source of risk to the country’s economic and financial instability.

Without local government reform, China will undermine its urbanization strategy, which is crucial for growth.

"Let a hundred flowers bloom” was an element featured in speeches by Mao Tse-tung during the 1950s.

Uncoordinated local spending cannot be the basis of the fiscal strategy of the world’s second-largest economy.