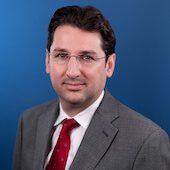 Senior Director, Foundation for Defense of Democracies and former member of the Turkish Parliament

Aykan Erdemir is the senior director of the Turkey Program at the Foundation for Defense of Democracies.

He is also a founding and former steering committee member of the International Panel of Parliamentarians for Freedom of Religion or Belief, a drafter of, and signatory to, the Oslo Charter for Freedom of Religion or Belief (2014) as well as a signatory legislator to the London Declaration on Combating Antisemitism. He also serves as a member of the Anti-Defamation League’s Task Force on Middle East Minorities.

Dr. Erdemir holds a PhD in Anthropology and Middle Eastern Studies from Harvard University. He was a doctoral fellow at Hauser Center for Nonprofit Organizations at Harvard’s Kennedy School of Government and a research associate at the University of Oxford’s Center on Migration, Policy and Society.

Turkey’s strongman leader has expressed support for the besieged country. He has also joined Putin’s assault on the Western media.

Putin and Erdogan: Two Men Race to the Bottom

Russia’s and Turkey’s lack of a solid economic performance is what motivates their two leaders’ steady resorting to domestic oppression.

Although Turkey’s Erdogan is president of a NATO member country, his Justice and Development Party (AKP) and Hamas share a similar ideology, built on an anti-Western and anti-Semitic worldview.

The Turkey-Russia Tango Over Syria and Libya

Is Turkey turning into a Russian puppet? Vladimir Putin is showing a remarkable ability to reverse Erdogan’s Syria ambitions.

Trump should not fall for the Turkish president’s public relations stunts.

Ultimately, Erdogan might end up losing Istanbul again. And botch yet another opportunity to normalize relations with the Kurds.

Erdogan At a Crossroad

Losing Ankara and Istanbul is a significant defeat for Turkey's President.

Turkey’s President is eager to stand side-by-side with Russia, China, and Iran in Venezuela.

Erdogan is a pragmatist, and will likely be looking to maximize both diplomatic and monetary rewards for the evidence he possesses, real or presumed.

Turkish Elections: A Win That Cannot Be Stolen

Turkey’s June 24 elections and the likely runoff will be determined by the opposition’s ability to stop Erdogan’s rigging attempts.

Erdogan’s Hostage Diplomacy: Why We Need a Transatlantic Response

Only a strong and coordinated response can deter the Turkish president from continuing to use Western nationals as pawns to advance his political agenda.

After the Coup: Backlash Against Turkey’s Minorities

The failed coup has sparked a wave of hatred and violence against religious minorities for their supposed "complicity" in the incident.

Appeasing Erdogan’s Turkey without regard for European values won’t create an effective border.