Creating Bin Laden: Did the US Let the 9/11 Genie Out of the Bottle?

Did the United States open Pandora’s box when they supported Afghanistan against the Soviet Union? 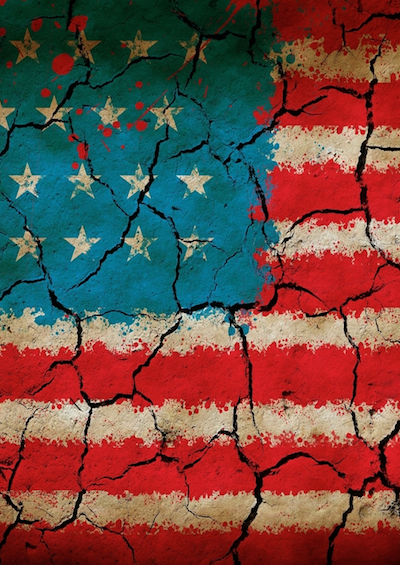 Muqtedar Khan is a professor of political science and international relations at the University of Delaware.

The abandonment of Afghanistan — devastated materially by war and spiritually by war mentality — is coming back to haunt the United States. Enter Pakistan’s Taliban and the persona of Osama bin Laden.

During the Cold War, the United States invested a total of $14 billion — and, with the support of Pakistan, invented a new breed of fearless and bellicose warriors that roamed into Afghanistan.

These warriors were indoctrinated with a distorted interpretation of “jihad” — the Islamic religious duty of spreading Islam by waging war — and unleashed themselves on the Soviet Union.

At the time, those Mujahideen — meaning those who do jihad — took on an easy target, given that the Soviet Union was internally crumbling and over-extended.

And so, with a holy coalition of Pakistani military, U.S. Stinger missiles, appropriate financial resources and a strong faith in the righteousness of their war, the Mujahideen established themselves in a conflict that lasted from 1979 to 1989.

After the war against the Soviet Union, these anti-Soviet warriors chose to remember only their faith in jihad and increasingly assumed an air of invincibility.

The Mujahideen’s righteousness soon changed into self-righteousness. Various factions turned against each other and plunged Afghanistan into a civil war, heightening the instability of the entire region.

Subsequently, these made by America militants took their zeal and jihad to Bosnia, Kashmir and Chechnya — all to the chagrin of their original sponsor, Uncle Sam.

To rid the region of these Mujahideen, some of whom had by now turned against the United States — like Osama bin Laden — Pakistan and the United States came together in 1994 to create yet another breed of warriors.

This time, they armed religious students from the Afghan-Pakistan frontier with artillery and tanks. These folks were dutifully infused with an ideology called “Wahabism” — imported from Saudi Arabia.

Wahabism is an Arab-Muslim movement that relied on warrior-preachers and dates back to the 18th century. It interprets the Koran in its most severe form and is known as the most uncompromising form of Islam.

Using Wahabism was especially crucial in so far as it helped bring in Saudi Arabia to share the cost of creating this new force — the Taliban. The Taliban easily captured 80% of territory in Afghanistan and, for a while, succeeded in bringing stability to the region.

Simultaneously, the Taliban managed to reduce the influence of U.S. adversaries — Russia and Iran — on the Eastern frontier of oil and gas-rich Central Asia.

But, over time, the unexpected and spectacular success of the Taliban has led to a new development. Let’s call it the Taliban Effect. It has encouraged the spreading of so-called Madrassahs, which have produced zealous clones of the Taliban in large numbers.

Madrassahs are traditional Islamic schools that concentrated on the teaching of theology and law, Arabic grammar and literature, mathematics, and logic. Tuition was often free.

If you have not visited Pakistan’s Western frontier, then just imagine it to be like the proverbial Wild West. There is no law and order, and people know what “real” freedom is. The only difference is that instead of colt 45s and Henry repeaters, the cowboys here carry Soviet Kalashnikovs.

Under such circumstances, it is no wonder that it is not just Afghanistan’s, but also Pakistan’s economy which has been steadily headed downwards for the last ten years. Soldiers born in conditions of war simply know of no other life but war.

Unemployment is rampant and the population is exploding. Sanctions against Afghanistan, imposed by the United States, have further exacerbated the economic plight of the Pakistani people in the border region.

Poverty, frustration and anger have created a void that is being filled with a self-righteous desire to alter the power structure of the world in the name of Islam.

It is from this strongly American-influenced and war ravaged cultural context that the genie of Osama bin Laden — who ranks on the FBI’s most wanted list — has sprung.

The United States and the government of Pakistan are very concerned to put this genie back in the bottle in the wastes of South Asia. To find out how that may be possible requires taking a look backwards.

With a holy coalition of Pakistani military, US Stinger missiles and faith in the righteousness of war, the Mujahideen established themselves.

To get rid of Mujahideen, Pakistan and the US came together in 1994 to create yet another breed of warriors.

Poverty, frustration and anger have created a desire to alter the power structure of the world in the name of Islam.

Muqtedar Khan is a professor of political science and international relations at the University of Delaware.

With a holy coalition of Pakistani military, US Stinger missiles and faith in the righteousness of war, the Mujahideen established themselves.

To get rid of Mujahideen, Pakistan and the US came together in 1994 to create yet another breed of warriors.

Poverty, frustration and anger have created a desire to alter the power structure of the world in the name of Islam.