Did Democrats Fail in 2016 Because of Sexism in America?

Relying on demographic changes, the Democrats expected 2016 to become the End of History for the Republicans. Boy, were they wrong. 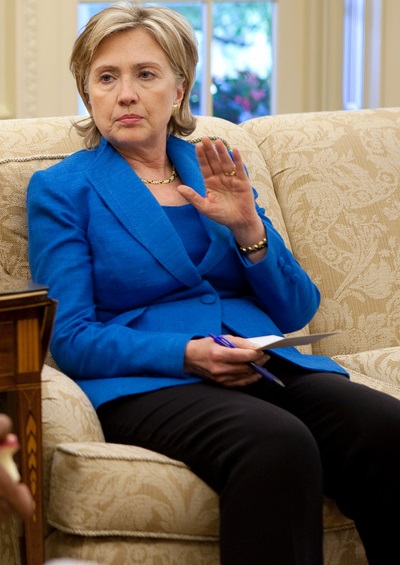 It was only a week ago that many analysts were trumpeting the arrival of a new era of Democratic Party dominance in U.S. politics, at least at the federal level. Owing to demographic changes, they expected a solid majority of voters supporting them from here on out.

But that presumed End of History — of the Republicans, a largely white-dominated party, having no path to the White House in the future — never arrived, not even for a moment.

Instead, in the early hours of November 9, 2016, Democrats and civic-minded people across the North American continent, including in Mexico and Canada, had to realize that their vision of a fair-minded and equitable United States had been blown to smithereens.

The Republican Party, in addition to holding most state governorships, will now dominate all levers of power in Washington, including the Supreme Court. That one tool alone will allow Republicans, the de facto minority party in the country, to extend its influence for as much as another 30-40 years.

Strong Republican influence will only come to a close, if ever, when the last conservative Supreme Court justice appointed by Mr. Trump during his possible eight-year tenure will have passed away.

Celebrating such achievements as political progress is ineffective at a time when the issue that counts is that average Americans have gained only $29 in total annual income on a net basis since 1979.

The Clintons as hijackers

If there ever was an issue that was ready-made for the Democrats, it was income stagnation. Why then was the party not able to pounce on that?

Because of the ultimately self-destructive machinations of the two Clintons, stupid! It took the combined efforts of Donald Trump, Vladimir Putin and Wikileaks to expose the full ruthlessness of the House of Clinton.

It took a full quarter-century, from 1992 to 2016, before the Democratic Party apparatus could no longer deny the disastrous effects of the clandestine transformation of the Democratic Party ever since Bill Clinton started selling out his party’s values in 1992 in exchange for more campaign financing from corporations.

That cunning hijacking of the Democratic Party, with the two Clintons always mouthing words about feeling the peoples’ pain while grotesquely lining their own pockets, has finally ended.

Many Democratic voters tried to deny the crass reality of the hijacking until the last moment. As we explained on The Globalist as early as April 2015, Hillary Clinton’s political fate was sealed the moment the stories were published showing that she had insisted on getting paid hundreds of thousands of dollars per speech from public universities in the United States — and not just banks like Goldman Sachs.

No matter how the Democratic National Committee (with plenty of its own operatives lining their pockets) was rigged to aid and abet the Clintons, it was to no avail.

Launch a RICO investigation of the DNC?

What’s left to do with the past management of that body really is an investigation under the RICO statute, originally developed to tackle the mafia. But count on the Republicans, despite their penchant for vindictiveness and Mr. Trump’s campaign announcements, not to do the Democrats the favor of criminally investigating them.

Such a step, which an Attorney General Rudy Giuliani might relish, would only unite the Democrats. That is the last thing the Republicans will want.

They are much better served by playing magnanimous — all the more so since they can then sit back and enjoy the spectacle of the Democrats at each other’s throats.

The Democrats will undoubtedly take some time to digest the 2016 disaster and get used to the idea of their much dimmed electoral prospects.

To reconquer Washington, long their one and only path to real power, they will need to start with a strategy to regain power in the states — building from the bottom up.

And that will require the near wholesale replacement of the set of Clinton cronies whose interest, following their masters’ path, includes self-enrichment from politics.

“She lost because she’s a woman.” Really?

Part of the postmortem of the failed Clinton candidacy will be that the country wasn’t ready to vote for a woman to serve as president.

Along those same lines, one can expect discredited party functionaries like the former DNC Chairwoman Deborah Wasserman Schultz, to start claiming that sexism is more deeply rooted in the United States than racism.

Not so. What the Clinton defeat proved compellingly, and fortunately, is that the country wasn’t ready for a woman who acted like a queen rather than an elected official — and who wanted to justify her arrogance and sense of being above the law.

Just remember that in February 2016, Gloria Steinem, an icon of the women’s liberation movement, chastised younger women during the primaries.

Steinem was unable to understand why younger women were throwing their support behind Berne Sanders as the Democrats’ real progressive candidate (while regarding Clinton as a PILO — a progressive in labeling only).

Steinem argued that young women were enthralled by Bernie Sanders because “they want attention from boys.” It is hard to imagine that former First Lady Laura Bush, hardly a fighter for feminism, would have ever stooped to such a low.

Blaming sexism and gender inequality for their loss — as Clinton surrogates in the Democratic Party will certain promote — only serves to muddy the real reasons for the HRC collapse.

But that is their purpose and intent — whitewashing an indisputably rotten legacy, not the urgent rejuvenation and reinvention of the Democrat Party.

The American people — and indeed many women — saw right through that.

The End of History — the Republicans having no path to the White House in the future — never arrived.

The Supreme Court will allow the minority party, the Republicans, to extend its influence for another 30-40 years.

The End of History — the Republicans having no path to the White House in the future — never arrived.

The Supreme Court will allow the minority party, the Republicans, to extend its influence for another 30-40 years.