Did the Capital Markets Fail Us?

How best to reform the U.S. financial sector to eliminate the odds of another crisis?

How best to reform the U.S. financial sector to eliminate the odds of another crisis? 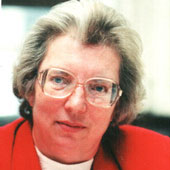 As we seek to strengthen the pace of macroeconomic recovery from the financial crisis of 2007-09, the debate rages on as to how to proceed to reform the U.S. financial sector so that the odds of such a crisis occurring again are as low as possible.

The job of the financial system is to mobilize the savings of all in the economy and to allocate that financial capital well in an uncertain world. From the perspective of savers, financial institutions enable the pooling of risk, often in complex ways, and at the same time provide maturity transformation as well as liquidity transformation.

While maturity transformation serves the purpose of allowing claims held by savers to have shorter maturities than do the underlying assets held by financial firms or the physical assets in the economy, liquidity transformation helps savers to hold small amounts of various claims available for purchase or sale with low transactions costs.

Everyone benefits from the resulting ability of the economy to finance investment in real capital that at times involves projects that are large in scale, indivisible and take considerable time to yield a return.

Given this somewhat simplified picture of the tasks of a financial system, why do we have both banks — deposit-taking institutions that negotiate individual loans on idiosyncratic terms with borrowers — and capital markets (all other financial entities)?

Capital markets, in contrast to banks, require standardization of the obligations of the borrowers. These obligations, referred to as securities, are traded in an organized fashion, perhaps on an exchange.

Such trading requires that pricing be straightforward and that all the information required by a potential buyer of the security is provided cheaply and quickly. For ongoing trading in the security to occur, the terms of a given security must be standardized, i.e., many holders but a common set of terms.

Such secondary trading is usually anonymous. Savers sell such securities among themselves without any reason for the buyer of a block of securities, say bonds or equity of firm X, to care who the seller happens to be. But the buyer does need to know exactly what value is promised by the security and by whom so that he can judge whether to buy and can be confident that a future buyer could also do so.

Capital markets have developed various ways of providing the information needed by potential buyers, such as listing requirements on stock exchanges for public companies and ratings provided by rating agencies.

Clearly, on the lending side, banks face information costs that are large, as they need to evaluate the potential for repayment of each loan and for the associated project to prove profitable. And bank managers need to build into loan contracts some forward-looking protection and to monitor creditworthiness of the borrower over time.

This need for costly information can be a reason that a given bank office has a limited ability to serve a wide geographical area — the farther away are potential borrowers, the higher information costs may be. These same factors may limit the size that a bank in a given community might be able to be to function effectively.

Together these considerations might limit how well such a bank can diversify its loan portfolio, lessening the efficiency with which the bank allocates available funds and limiting its ability to minimize risk.

Cost and information barriers suggest that on the lending side, banks operate in separate or partly separate markets defined by community and geography, resulting in possible limits to competition among community banks. Hence capital markets offer lower cost and more efficient allocation where they are feasible.

Some of that lower cost on capital markets reduces the interest charged to borrowers, and some takes the form of higher returns for lenders.

In the years before the recent financial crisis, the introduction and development of asset securitization provided a mechanism for allowing banking to become more capital-market-like. Banks became originators of loans that they then sold — the so-called originate and distribute model.

Banks could use their information-processing abilities to originate loans, but by selling these loans into the capital markets they no longer faced geographical concentration or other diversification-limiting characteristics in their asset portfolios. Banks substituted fee income from the loan origination for the interest earned on long-term loans.

By passing on their loans to other investors and by accessing the capital markets for funds themselves, banks could originate loans in a volume not limited by their deposits. How did the buyers of these loans avoid the information cost burdens that idiosyncratic lending implies? They bundled many loans together and sold the resulting securities — substituting diversification for the absent information.

In addition to the diversification offered by a security that had components from many borrowers, investors looked to rating agencies and continuous market trading to help them value any given security.

Securitization thus forged links between banking and capital markets. It broke down the differences in forms of financial intermediation that had characterized markets previously, especially in the United States, where regulation had put commercial banking in a separate category. Changes in regulation enhanced this process.

As a result, U.S. financial markets became even more unified and national — further reducing some persistent inefficiencies. Securitization was an important and useful innovation. However, capital markets are not well-suited to do all the financial intermediation in the economy.

These developments changed the overall nature of the financial intermediation process in U.S. financial markets:

Little was done in our approach to U.S. financial market regulation as these changes unfolded. Now that we have experienced a severe crisis throughout our financial system, what should we do as we proceed toward reform?