What is it like to have Putin as a dinner host at his presidential villa? 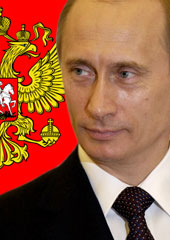 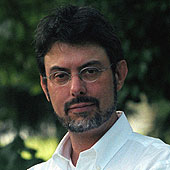 Our meal with President Vladimir Putin took place at the presidential villa at Novo-Ogaryevo in 2006.

The drive to the presidential village was a short tour of the world of the new Russian elite — which is now not so very new anymore, given the years that have passed since the Soviet collapse.

The road led through the former village of Zhukovka, now containing enormous villas — some almost as large as that of the president.

We rode by a “Luxury Plaza” featuring shops and signs for Armani, Gucci, Dolce and Gabbana, Bentley and Maserati. The “Dream House” firm of estate agents advertises “kottedzhi” (cottages) and “taunkhausi” (townhouses). One huge sign was for the publication “Strong Man — the Magazine That Dictates” (I am not making this up).

Unless they are rich enough to afford a helicopter and several landing sites, or modest enough to take the (superbly efficient) metro, there is one thing, though, that even the Muscovite elites cannot escape, and that is the increasingly impossible traffic. Alternatively, they can be very powerful, or like us, briefly connected to supreme power.

When our bus became hopelessly stuck at one point, our police escort extricated us by the simple expedient of stopping all the traffic coming in the opposite direction — and driving us down the wrong side of the road for a while.

The presidential villa is an attractive enough, but somewhat generic and soulless Soviet reconstruction of a 19th century Russian neo-classical country-house, with a pillared portico outside and white and gold decoration within.

The meal, though, was worthy of a prince, not in its quantity, but in its really superb quality. We shared an Italian meal, cooked by a chef from a famous restaurant in Moscow.

Putin’s remarks were of a studied moderation. He rejected the term “energy superpower” for Russia, saying that it was an inappropriate reference to the Cold War and had no relevance to the world of mutually beneficial energy deals. A certain steely quality emerged when he insisted that the West could not demand access to sales of Russian property, while barring Russia from buying shares in Russian corporations.

Still more steel came to light when he warned that any moves by the West to grant independence to Kosovo would result in direct consequences in terms of Russia’s own policy towards Georgia’s separatist provinces. But in both cases the tone was mild, the steel decently veiled.

Where Putin, and still more his successors, will really need to show “steel” is in an area rarely mentioned in the West, but which he emphasized in his remarks — a continuation of his present determination to maintain rigorous fiscal discipline.

In the face of the flood of revenues pouring in from high oil and gas prices, and growing demands from the population that more of this be spent on public services and raising living standards, that will prove to be a real challenge.

Putin and his team seem to be near-obsessed with memories of the 1990s, when hyper-inflation and declining revenues came close to wrecking the state. These events did, for a while, radically undermine its economic and diplomatic independence vis-a-vis the West.

Hence the determination to channel the great bulk of the state’s new resources into the stabilization fund and enormous foreign exchange reserves, with investment in restoring infrastructure and services coming a long way behind.

This is a line which attracted the unwilling, but profound admiration of some of the Americans in our group, given the fiscal exuberance of their own present administration. However, for future Russian governments to stick to this strategy in the face of public unrest if energy prices remain high may one day yet again require not just metaphorical but actual steel on the part of Russia’s rulers.

In one respect, official dinners with Putin resemble what I seem to recall reading was a feature of the court of Franz Joseph of Austria. The sovereign is, of course, served first. He also eats quickly — and drinks almost nothing. And when he is finished, the staff whisk everybody’s plates away, finished or not.

I was sorely tempted to make a grab for the last tentacle of the octopus carpaccio as it passed me on the way out of the door. But while other hosts might have applauded this as a compliment to their hospitality, I do not think it would have gone down well with Putin.

The President’s personal abstemiousness and intense self-discipline are part of the Putin image, an essential aspect of what makes him the anti-Yeltsin — which makes him admired by a large majority of Russians. He gives no impression of playing an assumed role.

Or rather, it was no doubt a role that this undersized street-fighting kid from the Leningrad slums assumed long ago when he put on the uniform of an officer of the KGB, and which is now part of his very nature. Unlike some Western politicians acting on their PR adviser’s instructions, he gives no impression of being uncomfortable in his own skin.

Putin and the Dawn of the New Authoritarians