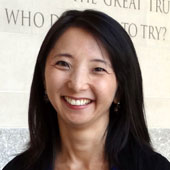 In contrast to many other parts of the world, globalization isn’t a dirty word in East Asia. At least not yet.

That’s not to say countries like Japan, South Korea or even China don’t face some of the same challenges facing the United States and Europe today.

From losing jobs to foreign competition to increased automation changing the nature of work, Asia too is confronting the very real threats of a rapidly changing, integrated world.

Still, anti-globalization protests remain rare in the Asia-Pacific. There is a broad consensus that economic growth remains heavily dependent on keeping exports strong.

But while many players in the region are thus eager to develop ever closer ties to the rest of the world, the same cannot be said with regard to the “near-abroad.” Few Asian nations embrace closer ties with neighboring countries and/or welcome the flow of people as well as of capital.

In fact, worries about adapting to a more cross-border oriented society manifest themselves not through protests against globalization, as in the West.

Rather, they take on an even more worrisome character, which plays out through a surge in nationalism and, more ominously yet, through the politicization of history.

This development is all the more perplexing as it certainly makes great sense for Asian countries to unite more in the face of very real common threats. These range from dealing with an unstable, nuclear North Korea and handling China’s growing militarism, to confronting fears about running out of regional economic steam.

Although the common challenges are thus many, the willingness to band together to meet those challenges is totally underdeveloped.

In fact, if anything, the recent trend has been for countries to become more insular and focus on their differences — rather than to seek opportunities for greater cross-border cooperation.

What’s more, shaken confidence in Pax Americana, which has been critical for regional stability and prosperity, has only made matters worse.

There is no doubt, for instance, that relations between Tokyo and Seoul should be stronger than ever. That should be a natural outcome in light of the ever-growing possibility of North Korea becoming a fully-fledged nuclear power and willing to exert its military capabilities across East Asia and beyond.

After all, unlike the United States where military analysts ponder over when Pyongyang might develop the technology to attack the U.S. mainland, Kim Jong-un’s regime is already more than capable of attacking both Japan and South Korea at any time. It has also on a regular basis threatened to do so.

Then there are the grave economic hurdles that both countries face. These range from grappling with an aging society that is straining their respective governments’ coffers, to confronting the challenge of being less dependent on the manufacturing sector, and bolstering the competitiveness of their service sector, which requires sweeping changes in how Koreans and Japanese do business in the first place.

The ghosts of the past

Yet, amidst all these very immediate challenges, one of the biggest sticking points for relations between Japan and South Korea remains how to confront the tragedies of World War II.

Tokyo still finds it difficult to acknowledge the wrongs of its imperialist past, while Seoul is continuing to change the gauge in which it measures the sincerity of apologies offered with every change in political administration.

What’s more, while Washington has tried to broker closer relations between the two pro-Western countries both publicly and privately until now, the United States under President Donald Trump is unlikely to offer much guidance in trying to reconcile Prime Minister Shinzo Abe and newly elected President Moon Jae-in.

For his part, the South Korean president made clear soon after his inauguration that the landmark deal reached with Japan in 2015 concerning acknowledging and compensating wartime sex slaves should be renegotiated.

Given that the agreement, concluded in December 2015, was declared a “final and irreversible resolution,” such a move is unlikely to enhance bilateral relations, to say the least.

President Moon’s move is all the more puzzling given that the two countries need to work much more closely together in confronting the immediate threat of North Korea.

At the same time, expecting some kind of U.S. intervention to smooth the path for improving relations between Seoul and Tokyo would be misplaced.

Still, the fact that the United States under President Trump seems to be far less willing to act as an honest broker in East Asia, could actually be for the better.

After all, a trilateral approach between the United States, Japan and South Korea to reaching better relations between Tokyo and Seoul has not been particularly effective to date.

Acknowledging that Washington’s commitment to enhancing relations between the two sides has now abated could actually propel Abe and Moon in dealing directly with one another and to be more creative in seeking reconciliation.

Indeed, the role model could well be Europe, most notably the reconciliation of relations between Germany and France. The image of Helmut Kohl and Francois Mitterrand holding hands in silence to honor the dead of Verdun in 1984 comes to mind in particular.

Given the historic enmity between those two nations, no words could have possibly conveyed more than the body language of the two men, which could only take place because of the deep personal commitment of the two leaders.

Given the reality of waning U.S. influence as much as waning U.S. interest in Asia, can this be the opportunity for the two East Asian powers to bring greater humanity into their relationship?

That would also mean less acrimony about history, especially in light of the very real threats that both countries face which requires close coordination.

Manipulating history for political gain, wherever it occurs in the world, is a dangerous game to play. It is particularly fraught with pitfalls at a time when the world faces so many, not just bilateral threats to stability.

At the same time, the threat of China manipulating its economic power to suppress free speech and human rights continues to grow. If nothing else, than that long-term challenge – if not threat – should focus strategic minds in Tokyo, Seoul and elsewhere in Asia.

In a global context, there is a pressing need for solid Western allies such as Japan and South Korea to step up to the plate and overcome nationalist barriers.

A clear focus on doing so is a prerequisite for leading the world’s most economically robust region to keep expanding. That is a domestic as well as an international challenge and obligation. It is more urgent than ever.

Meeting this challenge and doing it among Asian powers, without support from the United States, ought to have an all-around emancipating effect, liberating pro-Western Asian countries from considering themselves a kind of understudy of the United States of America.

In contrast to many other parts of the world, globalization isn’t a dirty word in East Asia.

The role model for relations between Japan and South Korea could be Germany and France.

Manipulating history for political gain, wherever it occurs in the world, is a dangerous game to play.

In contrast to many other parts of the world, globalization isn’t a dirty word in East Asia.

The role model for relations between Japan and South Korea could be Germany and France.

Manipulating history for political gain, wherever it occurs in the world, is a dangerous game to play.

The Challenges of Being a Muslim