The End of the American Ideal?

Is the United States an economically mobile society — or is the American Dream nothing more than myth?

Is the United States an economically mobile society — or is the American Dream nothing more than myth? 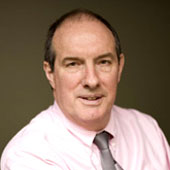 Imagine a twenty-four-hour parade of all Americans, with their height corresponding to their income. For the first four hours and fifteen minutes the spectators would see only very short people of five feet or less — those with incomes of no more than $20,000.

Over the next nine hours there would be a progressive doubling in height and over the following seven and three-quarters hours another doubling. You would have watched for 21 hours before you saw 20-foot giants, people with incomes of $80,000.

Another two hours and fifteen minutes would pass before you saw another doubling in height. In the last 45 minutes the rate of increases in height would start to accelerate. Fifteen minutes before midnight individuals 200 feet high would be walking by, representing incomes of $400,000.

In the last 90 seconds of the parade there would be individuals 400 feet tall, and then in the last seconds America's richest would pass by — behemoths 21,750 feet tall. They would be Himalayan beside the earlier molehills.

This is what is implied by inequality, which in the United States today is not just a matter of income but also involves opportunity, life chances, neighborhood and the experience of work.

All of this is aggravated by a collapse in the value of pension benefits, as corporations wind up the old defined-benefit pension — which gives retired workers a fixed proportion of their final salary — and replace it with 401k plans that pay out much less.

It may be true that with rising life expectancy, low interest rates and a stagnating stock market, the defined pension benefit was insupportably expensive. But from the point of view of the average U.S. worker, this is a lowering of his or her lifetime income.

According to one calculation, every man, woman and child in the United States would need an additional $28,000 of assets to compensate for the lower income in retirement.

Then there is the fact that 45 million Americans do not have health care coverage. And we should not overlook the 34 million people who work full-time for less than $8.70 an hour — the hourly wage necessary for a family of four to rise above the poverty level.

By 1998, the Wall Street Journal reports, only 10% of sons of fathers in the bottom quarter (defined by income, education and occupation) had moved into the top quarter. Twenty-five years earlier, more than double that proportion — 23% of lower-class sons — had managed the move.

And as I reported in "A Declaration of Interdependence," access to college is becoming ever more unequal. In 1979, a student whose family was in the top quarter of the income distribution was four times more likely to earn a college degree than someone from the bottom quarter — and by 1994 the likelihood had grown to ten times more.

With regard to exit rates from poverty, the chance of moving upward from one's family or the chance of going to college, the United States has become a more immobile, sclerotic society.

By contrast Europeans — living in more socially fluid societies — are nonetheless much more pessimistic about the chances of mobility. Only 40% believe the poor can escape their fate, and 60% believe they are trapped.

The utopian ideal of the United States — that through hard work you can achieve your place in the sun — is being confounded by everyone's actual daily experience.

Benjamin Franklin was born the fifteenth son of a candle maker and retired at age 42 with enough of a fortune to comfortably pursue a life of politics and scientific inquiry. The opportunity for such mobility is retreating, and this is beginning to affect not just American society — but also the American imagination.

Editor’s Note: Adapted from THE WRITING ON THE WALL by Will Hutton, copyright 2007. Reprinted with permission by Free Press.

The War at Home (Part II)