My First Day as Chairwoman of The Fed 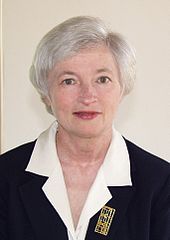 Editor’s note: In this essay, Uwe Bott, Chief Economist of The Globalist Research Center, paints a picture of the challenges the new Fed Chair will face in 2014, by way of an imagined first day experience for Janet Yellen.

President Obama finally saw the light by nominating me, Janet Yellen, as Chairwoman of the Board of Governors of the Federal Reserve System.

I cannot say that I accepted his choice with anything but great trepidation. After all, the monetary policy challenges before us are unique in our history. I realize that they require critical thinking not wedded to political alliances, past relationships or pre-conceived ideas.

Even though my first day in office as Chairwoman will only be on February 1, 2014, what follows is the way in which I see things unfold.

As I sit down in my new office for the first time, I feel excitement as well as a healthy dose of anxiety about the task at hand.

From my previous job as Vice Chairwoman, I know that the decisions of the Fed under my leadership may well have unprecedented importance for the stability of the U.S. and global economy.

As I had done during my bruising confirmation hearings, I begin my day by reasoning through the five key challenges the Fed faces. Here is what I see:

1) The increase in the Fed’s balance sheet

Before the financial crisis at the end of 2007, the balance sheet of the Federal Reserve stood at $926 billion. But it had quadrupled to $3.8 trillion on October 9 2013, the day of my nomination.

This increase causes many pundits and some politicians to loudly warn of the threats of hyper-inflation. Should I be worried about that? A quick glance at the liability side of the Fed’s balance sheet tells me: No. At least not in the short to medium term.

After all, the increase of currency in circulation, the key component that really influences price stability, is rather moderate.

In fact, almost all asset purchases by the Fed are mirrored on the liability side of the Fed’s balance sheet by a huge increase in reserves from depository institutions (i.e., banks) placed at the Fed. These reserves are currently almost 400 times greater than their level at the end of 2007.

But it is important to know that these voluntary reserves are inflation-neutral. That’s why the size of the balance sheet of the Fed does not matter at this time. This is a fundamental shift from the situation before the crisis, when any asset purchases by the Fed were mirrored by an equal increase in currency in circulation.

The novelty here is that these are private sector instruments backed by mortgages. This build-up is largely the result of the bank bailout in 2008 and 2009, in the course of which the Fed purchased these impaired assets as well as agency debt.

Left with these private-sector assets on the Fed’s balance sheet, should I worry? Speaking strictly from an accounting perspective: No.

A commercial bank would have to mark large portions of these assets at their current market value, because lenders to such institution should be aware of the risk they are taking given the condition of the bank’s asset quality.

The Fed, however, can keep these assets on its book at face value. Why? Because the Fed cannot default. Our liabilities are currency in circulation and reserves held by banks with us.

At year-end 2007, the vast portion of Fed assets comprised U.S. Treasuries and other short-term assets. Overall, 82% percent of the Fed’s assets at the time matured in less than five years.

That made perfect sense, since the major policy tool then used by the Fed was to set the so-called Federal Funds Rate, an overnight rate which depository institutions with a surplus in reserves at the Fed charge those with a deficit.

By October of 2013, however, this ratio had become almost the complete opposite. At this point, 73% of Fed assets have maturities of more than five years. This, in turn, was the direct result of the Fed’s quantitative easing from QE1 to QE3.

Should I worry that the assets on the Fed’s book have a fairly long average maturity, while my liabilities (currency in circulation and voluntary reserves) are short term? The answer to this question is: No.

Once again, the central bank is not a commercial bank and hence, this mismatch is less threatening than it could be in case of a private institution. Still, I could face pressures on the liability side of my balance sheet, if banks were suddenly withdrawing large portions of their substantial excess reserves.

If so, the Fed has several tools to address this situation. The most sophisticated approach is to use the authority granted to the Fed under the Financial Services Regulatory Relief Act of 2006, which allows us to pay interest on balances held by or on behalf of depository institutions at Reserve Banks.

This tool fundamentally changes monetary policy options. In a situation where financial institutions might wish to withdraw excess reserves, my most effective monetary policy tool is indeed raising the interest rate paid to banks with reserves at the Fed.

Since deposits at the Fed are virtually risk-free, banks have to make an assessment of the opportunity costs to withdrawing funds.

On the Fed’s asset side of the equation, a reduction of the balance sheet will be partly achieved by the fact that assets will be maturing and simply not rolled over. It may be further accompanied by the sale of other assets on the Fed’s balance sheet.

4) Could the Fed lose money?

In fact, building up the Fed’s balance sheet has been a very profitable exercise for the central bank as well as for U.S. taxpayers. Why? Because the Fed’s liabilities are virtually interest-free at this point, while its assets earn considerable amounts of interest.

If the Fed needs to raise interest rates to keep banks from withdrawing destabilizing amounts of reserves, it is plausible that the Fed’s earnings from its assets could be less than its interest payments, thus creating a loss.

However, I am not worried about that since my predecessor thankfully and smartly negotiated a solution to such potential scenario with the U.S. Treasury in 2010. If such losses were to occur, they would be “parked”, if you will, in a so-called “deferred asset account”. This account will be drawn down as interest payments on the Fed’s assets accumulate.

As I approach the end of my first day in Office, I am comfortable that we can gradually reduce the balance sheet of the Fed over the next ten years, both from a portfolio management perspective as well as from an asset/liability management point of view.

My major concern is that sound management may be undermined by over-anxious markets. My challenge will be to allow for a necessary and unavoidable bond/stock market correction that will not undermine any budding recovery. We are in uncharted territory here.

On my way home, I was wondering why the devil I had accepted the President’s generous nomination. And then, I realized it may not be a mission from hell after all.

The size of the balance sheet of the Fed does not matter at this time. The Fed cannot default.

The Fed is not a commercial bank and maturity mismatches of assets and liabilities are almost inconsequential.

Since 1934, the Fed has returned a profit to the US Treasury. Any loss during the unwind will be neutralized.

My major concern is that sound management may be undermined by over-anxious markets.

How to allow for a necessary, unavoidable bond/stock market correction that won’t undermine a budding recovery.

I was wondering why I had accepted the President’s nomination. But I realized it may not be a mission from hell.

The size of the balance sheet of the Fed does not matter at this time. The Fed cannot default.

The Fed is not a commercial bank and maturity mismatches of assets and liabilities are almost inconsequential.

Since 1934, the Fed has returned a profit to the US Treasury. Any loss during the unwind will be neutralized.

My major concern is that sound management may be undermined by over-anxious markets.

How to allow for a necessary, unavoidable bond/stock market correction that won’t undermine a budding recovery.

I was wondering why I had accepted the President’s nomination. But I realized it may not be a mission from hell.

A Pop History of the European Union