Mercury or Mars? What separates Germany and the United States. 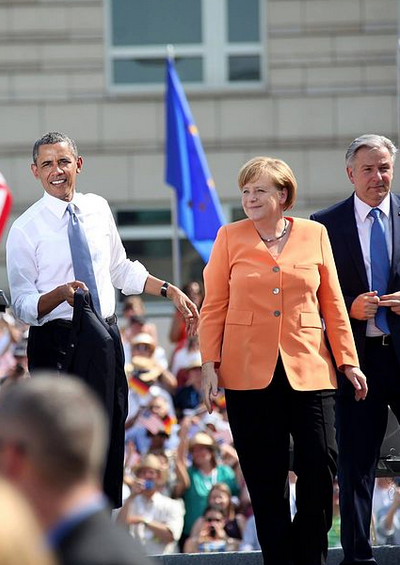 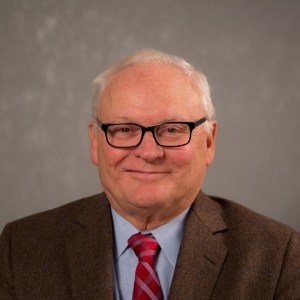 Germany has emerged over the past decade as the big winner in the West from globalization, the Exportmeister of the world in its class. It is the paradigm of a geo-economic power, one that relies on its economic rather than its military power for its influence and which defines its national interest largely in economic terms.

Germany’s world-class companies have a global reach and a global vision. Beyond the realm of pure politics, they are cornerstones in giving Germany shaping powers on the global stage.

A “shaping power” — while not a super power — is a state that has the power to shape outcomes and events. It offers an important status at a time when we see the emergence of a polycentric, highly interdependent, world with rising non-Western powers playing a larger role in global and regional decision-making.

The official German government paper on this concept puts the idea of “Gestaltungsmacht” (as shaping powers are called in German) in the following terms:

These countries are economic locomotives which substantially influence regional cooperation and also have an impact in other global regions and play an increasingly important role in international decision making. […] We see them as more than developing countries but as new shaping powers.

Shaping Powers base their influence on economics and, rather than acting within the confines of traditional alliances (such as the EU, NATO and the G-7), they fashion networks with new actors both at home and abroad.

Given Germany’s great reliance on exports and its dependence on the import of natural resources, it needs to have a reputation as a reliable economic partner. Generally speaking, sanctions, drawing red lines and employing military force all run counter to Germany’s geo-economic interests.

In this sense, risk aversion, already a deeply embedded trait in German political culture, is reinforced. In my view, that has produced the Nein Nation, a Germany that increasingly says no to policies which might endanger these economic interests. Its use of sanctions against Russia is an important departure from this posture.

America, in contrast, is both a major economic and military power with global security interests. The United States has a tendency to look to its imposing military instruments in dealing with foreign policy. Accordingly, it has developed a national security state which is as imposing as the German commercial one.

The resurgence of nationalism and military force as seen in Russia’s challenge in Ukraine and the growing Chinese military challenge in east Asia have opened questions concerning which type of power is best suited to operate in the 21st globalized century.

The divergence in the discussion over how to respond in Ukraine, between Chancellor Merkel’s ruling out of military options and the growing support in the United States on arming Ukraine, illustrates the potential for real-life differences in these two approaches.

The German model may seem to many Americans as one-dimensional and lacking in the necessary military tool in its diplomatic arsenal. Critics have a point when they argue that Germany has let its defense capabilities atrophy. Even geo-economic powers need a strong military to hedge against risks in an unknown future. That is certainly something which the Ukraine case has made clear.

However, Germans are correct to argue that a geo-economic approach will win out against the classic, if not antique, geo-political approach of Putin. Putin seems to be at war with globalization and the interdependence it brings. He has reversed the Gorbachev adaptation of Peter the Great’s strategy for the modernization of Russia.

Putin has famously called the collapse of the USSR the greatest geo-political catastrophe of the 20th century. But he fails to understand that the collapse came from within from a corroded technological and economic base.

That is why Putin’s turn at Russia’s helm will end up being another geo-political catastrophe for Russia. Germans are right to argue that economic power and the interdependence it has brought will prevail over the exercise of military force and the disregard for what Zbigniew Brzezinski has called the “global awakening.”

As he wrote in 2008, “For the first time in history, almost all of humanity is politically activated, politically conscious and politically interactive. Global activism is generating a surge in the quest for cultural respect and economic opportunity in a world scarred by memories of colonial or imperial domination.”

The issue for the United States is that it is of course a geo-political power as well as a geo-economic power. But the country’s leadership has to realize that it is increasingly neglecting its geo-economic power in favor of its military dimension, at the cost of its influence.

The limits of military power have been made very clear by the U.S. experience in Iraq and Afghanistan, while the neglect of economic power has become increasingly salient.

At the recent IMF and World Bank spring meetings, concerns about America’s declining economic power dominated the week. It was Washington’s blunder in opposing the the Asian Infrastructure and Investment Bank, which led geo-economic Germany and other key European partners to join the Bank.

This blunder followed the failure of the U.S. Congress to enact IMF reform, which would have recognized the shift in the global economic balance toward Asia — something successive U.S. administrations have long advocated, chiding “old Europe.”

On a broader level, the continuing gridlock in Washington endangers economic reform at home, including much-needed infrastructure investment.

The potential free trade agreements which would enhance American leadership both in Asia and the Pacific are very contentious as well on Capitol Hill, which will not please nations in Asia and Europe. TPP and TTIP are at the heart of the new geo-economics and will have a longer term impact on American influence than its response to Ukraine.

If the United States wants to continue to be a shaping power in this century, it will have to reduce its over concentration on military options — which remarkably has been a bipartisan phenomenon. The United States needs to rediscover its geo-economic potential. Otherwise, it risks making the mistakes of Putin — and losing the insights of Merkel.

Editor’s note: This article is adapted from an excerpt of Germany, Russia, and the Pursuit of Geo-Economics (Bloomsbury Publishing, December 2014)

Germany is Mercury, the Roman god of commerce, and the US, Mars, the god of war.

Germany has emerged over the past decade as the big winner in the West from globalization.

The US has developed a national security state which is as imposing as the German commercial one.

The US has to realize that it is neglecting geo-economics in favor of its military power at the cost of influence.

Germany is Mercury, the Roman god of commerce, and the US, Mars, the god of war.

Germany has emerged over the past decade as the big winner in the West from globalization.

The US has developed a national security state which is as imposing as the German commercial one.

The US has to realize that it is neglecting geo-economics in favor of its military power at the cost of influence.