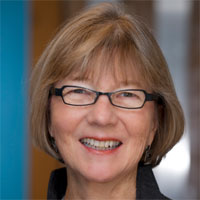 The UN has been a champion for the ideas of inclusive and sustainable growth. Yet the growth we have experienced in recent decades has not been sufficiently inclusive — and it is certainly not sustainable.

What do I mean by inclusive? In a global community, it must mean growth that benefits the huge majority of citizens of the world who live on $5 per day or less.

And in my view it should refer not only to better material outcomes for the poor and vulnerable, but to equal opportunity. It is fundamentally about a system of government and processes and protections that are more fair and just.

Sustainable growth means not living beyond our means, robbing our children and grandchildren of better lives and imperiling the natural systems — the air, water, soils and especially climate — upon which we and all other life on the planet depend.

In my view, it should include not only maintaining natural systems adequate to support our economic well-being, but also ensuring that future generations have an opportunity to experience a sense of harmony with the natural world.

None of this will be possible unless we can make a rapid transition to a global energy supply not based on burning fossil fuels and emitting carbon.

On these two counts it is hard to be optimistic. We know what the policy solutions are: There is a reasonably clear and strong consensus within the economics profession on what policies would lead to more fair and inclusive growth, and a more sustainable, carbon-free growth path.

But the challenge is less about economics and more about politics. The politics of getting to “inclusive and sustainable” are particularly difficult with slower growth almost everywhere in the world.

For example, growth in the United States has been failing even a modest standard of inclusiveness for almost two decades. In the last decade, it has been highly concentrated, benefiting the richest 10% of households, particularly those in banking and other financial services, and failing to reach everyone else.

This highly concentrated growth does not fuel the increased consumer demand necessary for job creation and inclusive growth. Instead, it creates a vicious cycle.

In China, growth has created millions of higher-productivity jobs, but it has also brought high urban pollution and an unsustainable use of natural resources. With high coal reserves and hundreds of millions of people lacking access to electricity, it is not politically easy to move to a low-carbon growth path.

Indeed, what is impressive is the commitment China and also India are making to increase the use of renewable energy despite those pressures. We will see whether they can maintain that commitment as growth slows.

Though private markets have been the engine of growth in the developing world over the last two decades, they are not perfect. Because of market imperfections, they need to be managed — and that is the role of the state in domestic markets.

But in global markets, we do not have the “state.” Economic globalization has outpaced political globalization. We have a global economy without the equivalent at the global level of a state. That makes it difficult to deal with what economists call market failures — for which it sometimes makes sense for the state to intervene.

What we can do to resolve these issues?

During the second half of the 20th century, the United States provided sensible leadership in creating the institutions that set the framework for market-driven growth.

The UN was there to foster peace and security and human rights, the GATT and then WTO to encourage trade, and the IMF and World Bank to promote economic and financial stability and help finance investment-led growth.

But the age of the United States as a benign hegemon is over. It is still a superpower — there is no doubt about that. But its economic model of minimally managed markets fell from its pedestal in 2008.

And its loss in relative terms of economic superiority has taken a toll in geopolitical terms. The United States can no longer take for granted that its lead will be followed.

Meanwhile, Europe is distracted, and the BRICs — Brazil, Russia, India, China, South Africa and other rising emerging markets — are not ready or able as a group to take the reins of global collective action on our common challenges.

We need a new politics at the international level that addresses these three problems of badly managed markets — high and rising inequality, volatility, and inadequate public goods — not only within countries but at the global level.

The first-best solution would be in principle an activist global polity, one with the mandate from global citizens to set and enforce policies and practices that would reduce global inequality, deal with volatility, and ensure adequate provision of such global public goods as zero-carbon-emissions energy.

But in fact the world is made up of sovereign nations — and it is within sovereign nations that democratic and representative systems of government are rooted. It is within nations that citizens of the world have the possibility and the responsibility to hold the governments of their own countries accountable for policies and practices that have impacts within and beyond their borders.

I do believe our global economy is producing more and more people who feel, as I do, to be in part global citizens.

What can global citizens do?

What, then, is the role of these newly global citizens in promoting policies for more inclusive and sustainable growth? Global citizens are best placed to make a difference within their own countries, by holding their own governments accountable for policies and practices that matter for the world’s poor.

Let me suggest a few examples of changes in the policies of rich-country governments that are in the interests of the poor everywhere and therefore ought to be on the agenda of global citizens:

In the United States, a price on carbon and other greenhouse gas emissions.

In Western Europe, support for leading (instead of resisting) reform of governance at the IMF.

In the United States, support for analogous changes in governance at the World Bank.

In all the advanced economies, support for a World Bank mandate to address challenges that loans alone cannot solve, along with duty-free, quota-free market access for the least developed countries, and greater support for antibribery and anticorruption efforts.

In all countries, support for a more humane and sensible approach to international migration.

As these examples show, the issues for which global citizens should press their governments to do the right thing and hold them accountable extend far beyond foreign aid and philanthropy.

They include changes in trade and migration policies more friendly to development and growth, cooperation in halting the outflow of stolen assets from developing countries, and the enforcement of legislation to prevent abuse of natural resources by international extractive industries in poor countries.

The role of global citizens in pushing their own governments to help foster the future we want is clearly not limited to the high income countries:

In Brazil and Indonesia, the rich and powerful should be supporting their own active civil society organizations fighting to protect their forests — a global as well as national resource.

In China and India, rich and powerful citizens should encourage the huge public investments in infrastructure and social services that will move grow their economies and reduce their own continuing large numbers of poor.

The rich and powerful in middle-income countries can push for the progressive tax and expenditure policies that will put their countries on a more inclusive growth path. They should be the champions of public investment in renewable energy in the interests of their own poor countrymen and women.

The history of the last 60 years is replete with mixed coalitions of citizen-based civil society, business groups and governments bringing real change — eliminating landmines, fighting the AIDS pandemic, and creating environmental movements in support of biodiversity.

It is global citizens who started the microfinance movement, are fighting to find new ways to finance rapid social and economic progress in poor countries via a currency transactions tax, and are creating internet-based programs for direct citizen-to-citizen giving after natural disasters.

Editor’s note: This essay is adapted from the author’s speech at the UN General Assembly on September 10, 2012, for the United Nations’ 66th General Assembly Development Dialogue, “Macroeconomic Policies for the Future We Want: Sustainable Development and the Achievement of the Millennium Development Goals.”

There is a strong consensus within economics on what policies would lead to more inclusive and sustainable growth.

The politics of getting to "inclusive and sustainable" are difficult with slower growth almost everywhere now.

The US is a benign hegemon no more. It is a superpower, but its minimal oversight economic model fell from grace.

There is a strong consensus within economics on what policies would lead to more inclusive and sustainable growth.

The politics of getting to "inclusive and sustainable" are difficult with slower growth almost everywhere now.

The US is a benign hegemon no more. It is a superpower, but its minimal oversight economic model fell from grace.

A Chinese Farm in Africa