Globalization and the Pending Collapse of the Islamic World

With which tools can Islam, in the eyes of the Islamists, actually conquer the world of today? Or can it?

With which tools can Islam, in the eyes of the Islamists, actually conquer the world of today? Or can it? 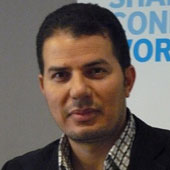 In the western world, an astounding number of people believe that Islam is overpowering and on the rise. Demographic trends, along with bloody attacks and shrill tones of Islamist fundamentalists, seem to confirm that notion.

In reality, however, it is the Islamic world which feels on the defensive and determined to protest vehemently against what it perceives as a western, aggressive style of power politics, including in the economic sphere.

In short, a stunning pattern of asymmetric communication and mutual paranoia determines the relationship between (Muslim) East and (Christian) West — and has done so for generations.

Regarding Islam, I think that in its present condition it may be many things, except for one — that it is powerful. Indeed, I view today's Islam as seriously ill — and, both culturally and socially, as in retreat.

It can offer few, if any, constructive answers to the questions of the 21st century and instead barricades itself behind a wall of anger and protest.

The religiously motivated violence, the growing Islamization of public space and the insistence on the visibility of Muslim symbols are merely nervous reactions to this retreat.

For all the supposed glory and dynamism in the eyes of its acolytes, it is little more than the desperate act to paint a house in seemingly resplendent colors, while the house itself is about to topple onto itself.

But no doubt about it, the collapse of a house is a dangerous matter — and not just for its residents.

The key question is this: With which tools can Islam, in the eyes of the Islamists, actually conquer the world of today? After all, in the era of nanotechnology, demographics alone is no longer sufficient to determine the fate of the world.

To the contrary, the rise of half-educated masses without any real prospects for economic and social advancement in too many Muslim countries, in my view, is more of a burden on Islam than on the West.

True, there is a widespread trend which has much of the Islamic world disassociate itself from secular and scientific knowledge in a drastic manner — and which chooses to adopt a profoundly irreconcilable attitude to the spirit of modernity.

At the same time, for all their presumed backwardness and lack of perspective, young Muslims in many countries undergo a distinct individualization process.

True, that development primarily concerns those who are quite intense users of the Internet and who, depending on their personal financial situation, also tend to be devoted to buying modern consumer goods.

Either way, the outcome is a profound shift from the pre-Internet past: They no longer trust the old traditional structures.

These trends can ultimately bring about one of two possible outcomes — a move toward democratization or a step back toward mass fanaticism and violence.

Which outcome it will be depends first and foremost on the frameworks in which these young individuals find themselves.

What is as perplexing as it is remarkable is that, in key countries such as Iran and Egypt, the trend toward radicalization and the opposite outcome of young people managing to free themselves from outdated structures occur simultaneously.

Meanwhile, the battle lines between these two opposing outcomes have hardened more than ever before — and a bitter confrontation has become inevitable.

As far as I can tell, the “clash of civilizations” seized upon by the late Samuel Huntington has long become reality. But it is important to realize that it takes place not only between Islam and the West, as many suspected it, but also within the Islamic world itself.

It is an inner-Islamic clash between individualism and conformity pressure, between continuity and innovation, modernity and the past.

It would be naïve to assume that real political reform — and, along with it, a modernizing reform of Islam — are anything but in the rather distant future.

That will be the case as long as the education systems still favor pure loyalty over freer forms of thinking.

Perversely, but predictably, the directly related lack of economic productivity and the growing popular discontent over the inability to tap into a gainful economic life help the radical Islamists to advance their cause.

Even in the socially and politically better-off Gulf countries, the process of opening up is primarily undertaken by "virtue" of introducing modern consumer culture — rather than as a dynamic renewal of thought. (Hello China.)

The so-called reformers of Islam still dare not approach the fundamental problems of culture and religion. Reform debates are triggered frequently, but never completed.

Hardly anyone asks, “Is there possibly a fundamental shortcoming of our faith?” Hardly anyone dares to attack the sanctity of the Koran.

Editor’s Note: This is Part I of a two-part essay by Hamed Abdel-Samad. Part II will run tomorrow.

The "clash of civilizations" takes place not only between Islam and the West, but also within the Islamic world itself.

Today's Islam is seriously ill — and, both culturally and socially, is in retreat.

The "clash of civilizations" takes place not only between Islam and the West, but also within the Islamic world itself.

Today's Islam is seriously ill — and, both culturally and socially, is in retreat.

Dateline New York: A Lesson from 9/11