President Obama’s immigration action is a product of a far larger problem. 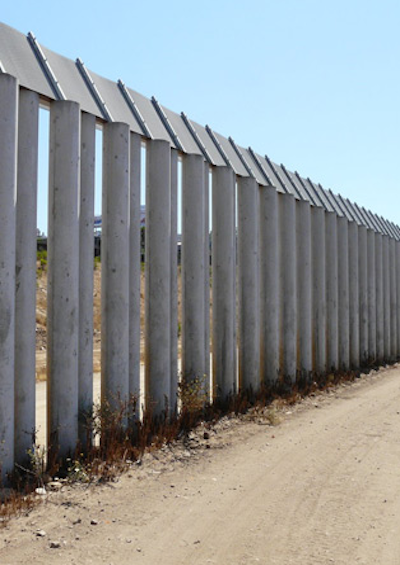 President Obama recently took a major step forward on the issue of immigration. Millions of undocumented immigrants welcomed his actions.

Roughly one and a half years ago, the U.S. Senate passed a comprehensive immigration reform bill with a bipartisan vote of 68-32. Fourteen out of thirty-six Republican Senators voted in favor of the bill.

This bill then went to the U.S. House of Representatives, where it had near-unanimous support among Democrats and broad-based support among Republicans. The upshot is this: Had the bill been put to a vote, it would have passed the House on a bipartisan basis.

In the political trenches of Washington, however, the law was killed in the House of Representatives by a relatively small band of hard line conservatives, who held sway over the Republican House Caucus.

This is crazy, you say!

In addition, most Americans would likely have stood behind their President’s signature on the bill, because both houses of Congress would have passed it.

And yet, most Americans are being denied the expression of their beliefs in this matter. Did the Founding Fathers mean for a minority faction in one half of the legislative branch to bring the government of the nation they created to its knees? Maybe, but rational folks might say “maybe not.”

And this is where the recent GOP “landslide” in the recent mid-term elections comes seriously into play. Republicans, including members of the GOP’s right-wing minority, see the elections as a clear repudiation of Barack Obama and his policies. More important, they see it as an affirmation of their ideology.

That might turn out to be a political misjudgment, especially if the right tries to press a radical – rather than centrist — agenda. This is because Republicans didn’t necessarily win this election — as much as Democrats lost it. Yes, American voters rejected President Obama, but there was a lot more than ideology at play.

Simply, the President lost his base, even as Republicans managed to motivate theirs.

Turnout among black voters, for example, was down from 2012. Turnout among young voters, especially young women, was also weak, down sharply from 2012.

The “War on Women” has made many women’s rights issues seem hackneyed in the aggregate, even though they resonate with truth when viewed independently.

Similarly, the President’s poor relationship with Israeli Prime Minister Benjamin Netanyahu may have cost Democrats some of the Jewish vote – and money. And the President’s failure to act on immigration as he had promised cost him votes among Latino immigrants, where turnout was also sharply down from 2012.

To be sure, some left-leaning moderate voters tilted in favor of Republicans, as more and more people grew concerned about the cascade of negative international events leading up to the election – Ukraine, ISIS, Ebola. This was a perfect storm – and, in combination, seen as failures of Presidential leadership on Obama’s part.

But this does not constitute an endorsement of Republican policies. Rather, it is more a repudiation of Democratic politics by the Democrats’ own base.

As regards the higher level of gridlock in Washington after the mid-term elections, optimists point toward issues on which the Congress and the Administration might find common ground, including corporate tax reform and the passage of key trade agreements.

But trade is much more likely to emerge as the issue where common interests will diverge. The optimists’ high hopes notwithstanding, there seems, for example, to be little potential for broad agreement on budget issues.

Issues of social justice are likely to continue to be contentious, if not confrontational. Guns will remain irrational.

Any deal with Iran is likely to be met with outrage by the right and the politics of the Middle East will continue to evoke ire on both sides. Congressional authorizations for the use of force, however limited, will remain elusive.

And climate? The GOP is seriously considering placing Oklahoma Senator James Inhofe as head of the Senate Committee on the Environment! Case closed.

All of this points to two more years of dysfunction in Washington. Republicans will push their own agenda, which, based on a serious misread of the 2014 election results, will be imbued with right wing extremism.

Democrats, for their part, will deceive themselves into believing that Hillary is coasting to win the Presidency in 2016 and therefore choose to mark time until then.

In the meantime, America will be adrift.

Due to demagoguery by immigration foes, most Americans are denied the expression of their policy choice.

Democrats lost the mid-term elections because Obama lost his base, even as Republicans managed to motivate theirs.

Immigration was not necessarily the key point to be found in the President’s action.

One and a half years ago, the U.S. Senate passed a comprehensive immigration reform bill with a bipartisan vote.

Due to demagoguery by immigration foes, most Americans are denied the expression of their policy choice.

Democrats lost the mid-term elections because Obama lost his base, even as Republicans managed to motivate theirs.

Immigration was not necessarily the key point to be found in the President’s action.

One and a half years ago, the U.S. Senate passed a comprehensive immigration reform bill with a bipartisan vote.