From Democracy to Leakocracy: Germany the Next Target?

From Wikileaks to Leakocracy: How hackers, including from Russia, shape elections

From Wikileaks to Leakocracy: How hackers, including from Russia, shape elections 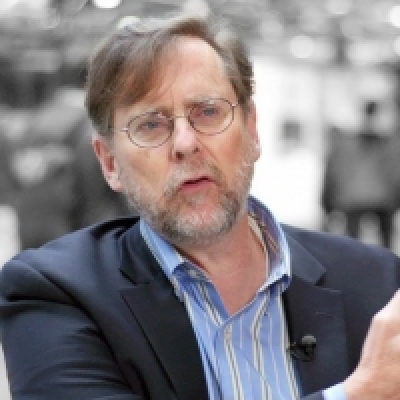 As the recently concluded U.S. presidential election showed, democracies are now at the mercy of hacking and surveillance technologies and those who control them. Already there are disturbing signs that this may affect the German federal elections in September 2017.

WikiLeaks and a network of anonymous hackers have become a major influence, providing yet more campaign fodder. Foreign governments are having a hand in it too – allegedly Russia, in the case of the U.S. election.

Of course, the US government has a long history of influencing elections all over the world. And certainly the way in which the party insiders at the Democratic National Committee abused its role and tilted the primary away from Bernie Sanders deserved to be exposed.

But the fact that WikiLeaks firepower was directed at only one side of the presidential race (against Hillary Clinton) is cause for alarm.

Especially since it appears that the source of the leaks may have been Russia, purposefully trying to influence the election in favor of Donald Trump.

It is not just the United States that is being affected by this new “leakocracy.” In May 2015, the German Bundestag was a target of a cyberattack that has since been blamed on Russian operatives.

A hacker group with connections to Russian intelligence services also was reportedly behind a malware attack launched in August 2016.

Politicians and individuals from the conservative Christian Social Union (CSU) as well as the center-left parties Social Democrats (SPD) and Left Party received emails purportedly from NATO that contained a Trojan virus.

It’s not just elections that are being targeted. So are businesses and even households. This past week, a cyberattack disrupted internet service for nearly a million households in Germany.

Security experts are saying that it appears that Deutsche Telekom customers in Germany were targeted as part of a worldwide attempt to hijack routing devices.

Bruno Kahl, the head of Germany’s foreign intelligence service (the equivalent of the CIA), raised serious concerns over the threat of cyberattacks either sponsored by or tolerated by Russia.

Are all of those attacks just warm ups for the real target: Germany’s federal elections in September 2017? Chancellor Merkel warned recently that Russia may be testing Germany’s cyber defenses as it prepares to influence the elections through cyberattacks and a disinformation campaign.

Mrs. Merkel said that Germany already is facing “a daily task” of responding to Russian cyber parries. As to Moscow’s motives, security experts suggest that President Putin may think it would be better able to deal with a Merkel-less government.

Martin Schallbruch, Deputy Director of the Digital Society Institute in Berlin, says that attacks like this increasingly try to capture large volumes of data in order to leak this information at the right moments.

“We’re a year away from German national elections. And an attacker who stocks up on information today is better capable of action in nine months, be it leaking that information or blackmailing someone,” says Schallbruch. “It’s conceivable. We’ve seen it in the U.S., so why not in Germany?”

A global challenge for democracies

In the Philippines, just a month before the presidential election in May 2016, the government suffered probably its worst ever data breach.

A few months earlier the Commission on Elections saw its website defaced and its entire database posted online amid warnings that the government’s cybersecurity vulnerabilities might have “sabotaged” the election.

In the UK, the leaked Panama Papers revealed that then-UK prime minister David Cameron had personally profited from a tax-dodging stash of £30,000 in an offshore investment fund set up by his father.

Cameron already was suffering from a loss of credibility with the public. As de facto leader of the Remain campaign in the “Brexit” vote, this strategic leak, perfectly timed as it was, only further tarnished him and undermined the Remain effort.

To be sure, the possibility of being embarrassed by a leak will discourage some people from running for office.

It will have a chilling effect. Some critics will respond, “Well if the person doesn’t have any secrets or skeletons to uncover, there wouldn’t be a problem.”

How many good potential candidates are so squeaky clean that she or he can survive having snatches of conversations or emails ripped out of context and splashed across the headlines?

Or having the email archives of a candidate’s closest advisors (like Clinton’s election campaign manager John Podesta) raked through for scandal material?

Even if it turns out there is no scandal there – like in the case of the second FBI investigation into Hillary Clinton’s and her associates’ emails, which was closed for lack of evidence only two days before the election – it can throw a campaign off for a week or two.

Meanwhile, the media seek clicks with sensational headlines. At that point, the political damage has already been done.

Have we reached a point where too much “sunshine” created by too much technology is threatening to undermine our democracy? Technology has certainly impacted elections before — most famously with the sensation caused by the Kennedy- Nixon TV debates.

Those who watched them on TV thought Kennedy won, and those who heard it on the radio thought Nixon won. TV technology has made us more conscious of the visuals, of physical appearance, of stage presence.

And technologies for polling, focus groups and targeting certain demographics of voter are now a core part of any high-profile election campaign’s strategy.

The recent U.S. presidential election is the first time technology has played such a central role in digging into private lives, hacking into private communications, unearthing what was previously unearth-able – and then providing the means to broadcast that all over the world.

Adding to the intrigue is the fact that foreign governments have increasing capabilities to do this to each other, trying to sway the outcome of elections and influencing voters of another nation to pick a leader they find more palatable.

Allowing Julian Assange or Vladimir Putin to become the kingmakers for important elections all over the world seems like a skydive without a parachute toward a democratic disaster.

We have to think carefully about the new role that hacking and leaking technology are playing in elections, and how to enact effective safeguards that will prevent hackers and leakers from making a mockery of the important rituals and institutions of representative government.

Security experts suggest that Putin thinks it would be better able to deal with a Merkel-less government.

Allowing Assange or Putin to become the kingmakers for elections is a skydive toward a democratic disaster.

It will be hard to have any safeguards to keep hackers from making a mockery of the important rituals of democracy.

Security experts suggest that Putin thinks it would be better able to deal with a Merkel-less government.

Allowing Assange or Putin to become the kingmakers for elections is a skydive toward a democratic disaster.

It will be hard to have any safeguards to keep hackers from making a mockery of the important rituals of democracy.

Welcome to Trumponomics: A Variant of “Economic Nationalism”