Will Israel soon lead the way in a Middle Eastern partnership with NATO?

Will Israel soon lead the way in a Middle Eastern partnership with NATO? 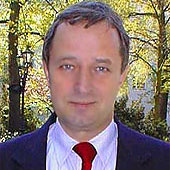 Is it at all conceivable that Israel become a partner to NATO, the present non-relationship "upgraded" to something significant?

That is what two influential authors, Ron Asmus and Bruce Jackson, have recently argued in the journal "Policy Review," They even envision the possibility of Israel's eventual membership in NATO.

The first reaction is one of surprise. But then surprise gives way to second thoughts: why not? And under what conditions?

On the abstract level, the idea has much to recommend it. Israel is an established Western democracy, more so than any of the countries currently considered for closer relations in what used to be the Atlantic Alliance.

Israel's security is a clear Western interest. If ever the country were attacked and faced defeat, many — if not all — NATO members would come to its aid.

Moreover, as NATO is reaching out anyway to develop a closer network of relations with the countries of the "Wider Middle East," it cannot possibly bypass Israel.

The added sense of security for Israel that might grow out of the prospect of NATO membership might help its citizens to be more accommodating to the emerging Palestinian state.

Since the end of the Cold War, NATO has been used progressively less as a military solidarity pact than as a means to extend stability to more volatile parts of the world.

This has been done by including as members countries that were once under Soviet control — as well as by partnerships reaching into the Caucasus region and beyond. NATO's largest military activity today takes place in far-away Afghanistan.

True, strategic coherence within the Alliance — already severely under strain as it is — will weaken further with every major new extension. But that trend is already sufficiently marked today. It would not take its beginning from NATO partnerships with the Middle East.

So what would be required to turn the idea into policy? One thing above all: Israel must be determined to join.

After the collapse of the Soviet Union, countries like Poland, Hungary or the Baltic States were successful in their application to enter NATO not because the club members welcomed them with open arms. Rather, they succeeded because they ceaselessly and doggedly lobbied for it.

After all, new countries are not invited to join, they must apply. And even then, only an all-out effort to get in will overcome reservations on the part of those already inside the club.

Israel today is clearly not willing to make the commitment needed to be regarded as a serious candidate by the NATO membership. But suppose this would change and moreover that her application would be accepted in principle.

NATO governments will then proceed as they have done when a country knocked on the door of their alliance. They have set down the conditions required for membership — and asked the NATO Secretary General to make sure they are met.

These conditions are not merely that a country is democratic and pro-Western. Its joining must also not decrease NATO security.

Thus, no country involved in a conflict over its borders can qualify, nor one which occupies another. Minority rights must be safeguarded.

Hungary and the Czech Republic had to sort out their differences over borders and minorities before they qualified.

Transparency in military affairs must also be assured — so that members can judge the risks involved in the solidarity they will have to provide once the newcomer is admitted.

NATO has not been satisfied with mere assurances over these issues. It supervises implementation through the "Partnership for Peace" — and once a country's entry was considered close, through "Membership Action Plans."

Israel's internal organization and political control over defense is on par with any of the present NATO members. Yet, the country would still have to satisfy them on the other points — peace with neighbors above all.

NATO is a community of fate, not just a loose club. That is precisely why old members want to hold on to it — and new nations want to join it. And that is why applicants have to provide assurances which justify making the commitment they ask.

Uzi Arad, head of the Institute for Policy and Strategy and a former high Israeli intelligence official, has rightly stated that it would be obscene if the Jewish state were treated differently from other applicants. It should indeed be treated like them, no more — no less.

Yet, even to begin a serious debate over the conditions Israel would have to meet to qualify for NATO membership requires Israel itself to make this the country's top priority.

Half-hearted expressions of conditional interest and lukewarm statements about desirability are merely puffs in the wind, enough to raise the idea — but not to make it fly.

India: A Hub for Globalization