Kazakhstan: the People Behind the Plans

People from all across Central Asia head to Astana, Kazakhstan to earn a living. 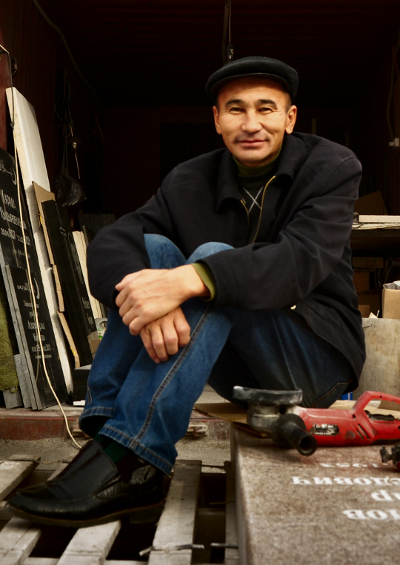 Credit: Julia Strokina for The Globalist and The Other Hundred

Julia Strokina took her first pictures when she was six years old. Her favorite theme is exploring the social problems of cities. “The main characters in my photos are the people,” she says.

Astana is the boldest statement of any post-Soviet country – an entire capital city built on the whim of a single man, Kazakhstan’s President Nursultan Nazarbayev. Since Nazarbayev moved the Kazakh capital from its old location at Almaty to Astana in 1997, the country’s oil wealth has funded an extraordinary construction programme.

The late Japanese architect Kisho Kurokawa laid down a masterplan for the entire city. Kurokawa’s plan paved the way for other star designers, architects, including Britain’s Norman Foster and Italy’s Manfredi Nicoletti to fill it with a grandiose collection of monuments and monumental buildings.

Like Myanmar’s Naypyidaw, Canberra in Australia and other capitals built from scratch, much is hyper-ordered. Traffic drives along enormous boulevards lined with carefully trimmed hedges. Huge public squares are geometrically delineated with footpaths and fountains.

And despite the city’s extreme climate – summer temperatures can rise as high as 35° centigrade, plunging to minus 30° centigrade in winter – manicured lawns abound around its showpiece buildings. And yet not everything is conducted to a plan.

The city’s population has soared from less than 300,000 to at least 775,000, many of these arrivals from poorer parts of the country looking for casual work on its construction sites or in service jobs.

For such people, the markets that have sprung up around the city are a godsend. In what has become by far the most expensive city to live in in Central Asia, traders bringing low-cost imports from China and other parts of Asia are a key link.

Master plans may feed the egos of rulers, but when it comes to the needs of ordinary people, the informal sector’s ability to improvise wins out.

Julia Strokina took her first pictures when she was six years old. Her favorite theme is exploring the social problems of cities. “The main characters in my photos are the people,” she says.

5 photos on #Kazakhstan speak to the stories of immigrants and residents from across Central Asia.

5 photos on #Kazakhstan speak to the stories of immigrants and residents from across Central Asia.

Saudi Arabia: U.S. Ally or Enemy in the Fight Against ISIS?