Latin America: What the Movies Tell Us

What can 1940s Hollywood movies teach us about Latin American economics?

What can 1940s Hollywood movies teach us about Latin American economics? 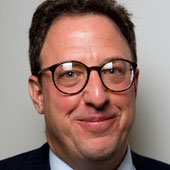 Imagine Don Ameche as the government of Argentina, Betty Grable as the foreign investment community. With those roles in mind, you'll get the substance of the relationship between foreign banks and heavily indebted Latin nations. It's all just a show.

It makes for a nice story — but, ultimately tells us very little about the true state of things.

It was Thomas Jefferson who said "commerce between master and slave is barbarism." But as hard as it may be to swallow, isn't that precisely the central tenet of U.S. economic policy toward developing countries?

How does it work? Simple. First, Washington pushes smaller nations to open their markets to U.S. imports. Then, U.S. investment banks lend these same nations dollars to purchase U.S. goods and services.

When these dollars flow into the country, they force the country to create money — and the excessive money growth fuels internal inflation. As that happens, local savers start to move their money overseas.

Eventually, the outflow of hard currency forces the very currency devaluation — and crisis — that the local savers knew was going to happen.

Of course, it is an article of faith among free traders that uneven trade still benefits people in less developed countries. But tell that to Mexican or Brazilian or Venezuelan consumers after such a currency crisis. They are the ones who see their standard of living fall off a cliff.

The client-sponsor relationship between Washington and the political elite of many heavily indebted Latin nations tells the rest of the story. Naturally there are many factors behind the hyper-inflation seen in nations like Argentina.

But one thing is truly intriguing: The political and business elite in these nations always seem to be able to get their money safely offshore — right before the onslaught of devaluation slams the door.

Ask not whether the leaders of governments in Argentina, Brazil or Mexico are truly concerned about their nations. Instead, ask whether they maintain bank accounts in New York, London or Madrid — and have a foreign passport in their back pocket.

Take Mexico. The murals on the walls of the Anthropology Museum in Mexico City may depict a nation of cultural diversity. The reality, however, is that Mexico's predominantly Indian population is still ruled by a largely foreign governing class.

That class is comprised of Spaniards, Germans, wayward Irish and other members of the European diaspora. And it is careful to keep most of its assets north of the border — in dollars safely tucked away inside gringo banks.

It gets worse. Until the election of Vicente Fox in 2000, Washington often intervened financially to support successive governments in Mexico that clearly took power through stolen elections.

Over the past 30 years, successive Mexican regimes have borrowed tens of billions of dollars overseas — mainly in the United States.

The ostensible purpose for taking in these funds was to finance development. But there are few assets today to justify this debt — or to generate proceeds to repay it.

Sure, Mexico's exports look like a success story. But the fact of the matter is that the Mexican peso has lost over 90 percent of its dollar value since the 1994 NAFTA agreement took effect.

As a result, ordinary Mexicans who earn their paychecks in pesos have seen their paychecks plummet — and their economic opportunity severely curtailed. First, this happened because of raging internal inflation in the 1980s.

Later, it was due to steady and corrosive devaluations. And all of this occurred despite the North American Free Trade Agreement of 1994 that opened U.S. markets to Mexican producers. Not to mention that Mexico, an oil producer, had enjoyed persistently high oil prices in the late 1990s.

The story is similar all over Latin America. On a regional scale, since 1982, the arrangement has been that local governing elites overborrow abroad, followed by IMF-supervised retrenchment.

The IMF's "conditionality" — a set of requirements that local governments must follow if they wish to receive IMF funds — is a polite substitute for the American gunboats that were sent to Latin America to collect debt payments prior to 1933.

The IMF has long been regarded as being unduly close to the New York financial community — at least before the former U.S. Treasury secretary Paul O’Neill appeared on the scene.

But, is it any surprise, then, that the IMF and World Bank are generally viewed in Latin America as subservient tools of the U.S. Treasury?

In this regard, one of the more incredible spectacles of recent months is how the sharp drop in the dollar value of the Brazilian economy over the past several years has transformed its foreign debt load from a possibly manageable burden to an arithmetic impossibility.

Brazil's problem — the government borrowed in dollars rather than in the country's own currency, the real. But it collects taxes in reals. When the real depreciated, the government needed a great many more reals to service the same dollar debt.

Still, foreign analysts remain hopeful that default can be avoided — by, you guessed it, lending Brazil more dollars.

But the real source of the problem — in Brazil, Mexico, Argentina and other nations in the region — is that foreign borrowing was used not so much to finance development.

Rather, the foreign funds were primarily used to finance internal spending deficits — and also to line the pockets of corrupt government officials.

As a key part of that business, the very same foreign banks that lend money to these nations gladly assist these political and business leaders to spirit dollars offshore before the inevitable financial crisis — what is called capital flight.

The nature and severity of capital flight varies surprisingly from country to country. In the 1980s, local capital flight was something like 50 percent of foreign debt in Mexico, 33 percent in Brazil, and over 100 percent in Venezuela!

More recently, in Argentina and Brazil during the last year, the phenomenon of foreign-led capital flight reappeared to a significant degree.

All of that goes to show that it is the relationship between the colonial governments of Latin America and their foreign sponsors in Washington and on Wall Street — and not with their respective voters — that is the key factor that steers their economic policies.

What Argentine Don Ameche didn't realize is that Betty Grable's U.S. money comes with some very nasty strings attached. That is not exactly the stuff of true romance.