Is the use of medications such as Lipitor and Zocor adversely affecting the U.S. political process?

Is the use of medications such as Lipitor and Zocor adversely affecting the U.S. political process? 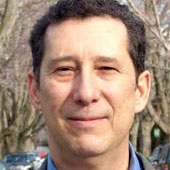 When one considers the increasing loss of comity and courtesy in American society, and the steadfastly confrontational tone of our political process, could this be the effect of — on a vast social scale — our individual choices in cholesterol medication?

The halls of the U.S. Congress — where men over 50 with access to excellent health care hold a sizable majority — are almost certainly full of statins users. Former Vice President Dick Cheney — the ardent proponent of the Bush doctrine of “preemptive war” — surely was (and is) on high-dose statins after his multiple heart attacks.

Former President Bill Clinton is most likely on statins after his cardiac-bypass surgery, perhaps contributing to some of his more controversial remarks during the 2008 Democratic primary campaign. Tell us, Rush, what is your daily dose?

Does the aggressive slant of our foreign policy and the unproductively hostile clash of partisan political personalities reflect a brave new world where men over 50 are almost universally medicated with a drug now considered “almost like a vitamin against heart disease,” in the words of my primary care doctor? Are the cable TV commentators who shout over each other’s sentences taking the newly recommended high doses of statins? If the average level of aggression does move a few points up the scale in an entire society, who would notice and how?

In a February 2008 article in the New York Times, Patricia Cohen discussed a report by the U.S. government’s Centers for Disease Control that documented an “unusually large increase in suicides among middle-aged Americans.” Between 1999 and 2004, the suicide rate for people aged 45 to 54 increased by 20%. Other age groups increased very slightly during this time, or decreased.

Perhaps researchers who were puzzled by this increase should read a 2002 research article, published in the journal Pharmacopsychiatry, that presented data showing “a positive correlation between cholesterol concentrations and suicide risk after controlling for potential confounding variables.”

In 2004, the National Institutes of Health-funded National Cholesterol Education Program issued new recommendations for the treatment of elevated cholesterol. The guidelines — authored by a panel of nine medical experts, six of whom had financial ties to statin manufacturers — recommended that individuals with a moderately high risk of cardiovascular disease attain LDL cholesterol (the so-called bad cholesterol) level of less than 100 mg/dL. Individuals with very high cardiovascular risk were recommended to attain an LDL level of less than 70 mg/dL.

Such levels, however, are abnormal. They are seldom this low even in healthy people with no cardiovascular disease. Nevertheless, the panel’s advice was subsequently published in Circulation, the journal of the American Heart Association, with the recommendations for higher doses of statins than previously prescribed for the average patient.

While it is firmly established that statin usage has reduced the incidence of heart attacks, it has never been scientifically proven that this benefit is due mainly to their effects on cholesterol levels. So what dose of statin is really enough to reduce heart attack risk? Is more necessarily better, especially given the cognitive or behavioral side effects that are linked to the dose of statin taken?

Today, in doctor’s offices all around the country, these revised “healthy” cholesterol levels are being pushed on anyone over the age of 40, often requiring a doubled dose of statins to achieve them. The prescription of statins has rapidly replaced the lifestyle changes in diet, exercise, smoking, and stress-management that used to be the first interventions considered to reduce cardiovascular risk.

The theory that there may be a relationship between cholesterol and behavior, especially aggression, will now be put to the test on a massive scale, assisted by multibillion dollar pharmaceutical marketing budgets, direct-to-consumer advertising campaigns, and physicians’ noncritical acceptance of the benefit of statins for health and longevity (a benefit that has yet to be proven except in certain populations of patients).

Consider the case of a friend of mine, a 55 year-old scientist who had personal experience with the unpredictable and (perhaps) uncommon side effects of statins, after his doctor recommended he take 20 mg/day of Lipitor to reduce his LDL cholesterol.

After a month of treatment, he began to experience fatigue and muscle aches (common side effects of statins), and so he reduced his dose to 10 mg/day. Despite the lower dose, his LDL cholesterol fell by 20%. His wife, however, observed that he was irritable and short-tempered without provocation. He eventually considered consulting a psychiatrist in order to explain his persistent feelings of irritability and hostility.

His wife requested that he stop the statin to see if that was what was affecting his mood, but he was convinced that the dose he took was too low to cause side effects. After all, he reasoned, most patients on Lipitor take 20 or 40 mg/day, much more than his dose.

Finally, he decided to stop it. Within a week, the feelings of irrational anger and irritability were gone — a dramatic change his family quickly noticed. In retrospect, he is convinced that his career — and more importantly his marriage — might not have survived another six months on Lipitor.

The association between low or lowered cholesterol and aggression, of course, does not imply that every patient on a statin drug will have recognizable changes in behavior. And the extreme aggression described in medical case reports is obviously rare. (See Part I of this article for a review of some of these studies.)

But the science does not yet exist to answer the question of what the effects might be of lowering the cholesterol levels of a large segment of society over the age of forty. And while behavioral side effects of statins have been documented, they have generally been ignored by a media funded by pharmaceutical ads and a medical profession on the receiving end of millions of dollars of sales promotions. Hopefully, new FDA warnings issued for statins will stimulate a more open discussion of these issues.

Needless to say, the definitive ongoing study of the side effects of statins, led by Dr. Beatrice Golomb at the University of California at San Diego, is not funded by the drug industry or the National Institutes of Health, but by a small foundation and individual donations. In 2009, she published results showing that “cognitive problems associated with statin therapy have . . . a clear relation to statin potency and significant negative impact on quality-of-life.”

Statins are lifesaving drugs for patients at high risk for heart attacks, but we do not know enough about them yet to be medicating so many people. Nor do we understand the best doses to use. Their side effects may be significant and unanticipated.

Medicating a large part of our over-40 population to lower and unprecedented levels of cholesterol could have predictable effects on brain function and behavior — and unpredictable risks for the future of our society and political process.

Go back to Part I of this article.

Prescription of statins has rapidly replaced lifestyle changes (such as diet, exercise and smoking) that used to be the first measures taken to reduce cardiovascular risk.

Does the aggressive slant of our foreign policy reflect a brave new world where men over 50 are almost universally medicated with statins?

Medicating a large part of our population to unprecedented levels of cholesterol could have unpredictable risks for our political process.

Prescription of statins has rapidly replaced lifestyle changes (such as diet, exercise and smoking) that used to be the first measures taken to reduce cardiovascular risk.

Does the aggressive slant of our foreign policy reflect a brave new world where men over 50 are almost universally medicated with statins?

Medicating a large part of our population to unprecedented levels of cholesterol could have unpredictable risks for our political process.

Limbaugh, Lipitor and the Incivility of American Political Life (Part I)