Multilateralism: Is There a Choice?

How do multilateralism and globalization influence the "global village" of the 21st century?

How do multilateralism and globalization influence the "global village" of the 21st century? 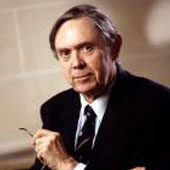 I am old and experienced enough to discard passionate rhetoric about the breakdown in international relations.

But I wonder why some politicians and commentators are attempting to convince the public of these claims by delivering the message through loudspeaker diplomacy at the highest levels.

There was a time not that long ago when bilateral or multilateral relations could be jeopardized by a political brouhaha between heads of state. Or trouble could result from competing ministers trumpeting the views of their respective governments against those of another in the global debate.

One of the great benefits of globalization is that those days are behind us, though not far enough behind us to stop some of the silliness flowing from the edges of the Iraq affair — if I may call it that.

When I read of Americans pouring French wines down drains, I worry about the messages they are receiving that cause them to behave this way — as well as the logic of their action.

Is it due to a lack of knowledge — or simply a failure to assess the issues seriously? Is their objection to the policy of the French government best realized through punishing not only France's wine growers, but their own wine merchants and distributors as well?

And similarly — what of the boycott by some Europeans of U.S. brands such as Coca-Cola? Perhaps the European citizens do not realize that Coke products are manufactured in Europe — and that the company employs quite a few Europeans?

And what about the German doctor from Schleswig-Holstein, reported by "The Economist" to have posted a notice saying he will no longer treat British or U.S. patients, or their sympathizers?

These are but unfortunate theatrics. Sure enough, they attract the attention of the media which are always keen to bring spectacular events to a larger audience, as part of their own tussle for market share. Such gestures have happened before. They will soon disappear and common sense will prevail.

By contrast, the merits of the military action in Iraq will be debated for years, decades, even longer. While it did not enjoy broad "multilateral" support, the war has happened — and life must continue.

Today that life is multilateral, whether one likes it or not. When I entered public life in the 1970s, multilateralism was expressed in a fashion much different to now. It was seen as the UN, the GATT, the OECD, the World Bank and the many other international bodies — some embryonic, some more mature.

Today I see multilateralism in a different light. It is really a combination — or interface — of these inter-governmental relationships with the phenomenon of globalization.

The fact is, whatever governments and their advisers might think, a statement by one or more political leaders on either side of a debate will neither fray nor destroy the seamless web that links Europe together with North America and the rest of the world.

When I meet Chinese economists, fluent in English or French, and who know the geography of Canada as well as I do, I rejoice. Those strong bonds that globalization is bringing will assure the future of humankind. That is my hope.

But even if we were to fail in our own specific task, the real multilateralism of consequence to everyone's daily life remains outside the corridors of political interest. Rather, it is in the globalization of markets, cultures and ideas — and the interdependence that has been created in the global village of the 21st century.

Adapted from an article that originally appeared in the OECD Observer in May 2003.

U.S.-Africa Relations: Heart in the Darkness?