How Modi Mobilizes the Indian Diaspora

Overseas Indians are central to the Indian Prime Minister’s larger strategic objective of turning India into a leading power on the world stage.

Overseas Indians are central to the Indian Prime Minister’s larger strategic objective of turning India into a leading power on the world stage. 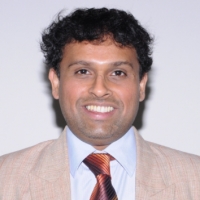 He also implicitly pays special attention to a fourth ‘D’ – the Indian diaspora around the globe. This diaspora numbers 25 million people and is considered by the United Nations to be the world’s largest such community.

Modi appreciates the Indian diaspora’s adoration as he travels the world. It underscores his stature as a highflier on the international stage. The diaspora is almost like oxygen for Modi.

Harnessing the talents and loyalties of India’s diaspora for improving the material conditions and international image of India is not Modi’s creation.

But he has emphasized its importance like no other Indian Prime Minister since independence.

From an evolutionary viewpoint, Modi represents a very different Indian state and nation than the one that has approached the diaspora warily and hesitantly since 1947.

Far from the stereotype of India as a poor developing country and of a nation that survives on handouts and financial support from rich nations, which must prevent the dreaded “brain drain” to the Global North, Modi has struck a different chord by harping on the achievements of the highly skilled Indian diaspora.

He asserts that India has been a net giver of countless benefits to the world at large. This includes a productive migrant workforce that is also replenishing the homeland through the reverse process of “brain gain.”

Modi has left no stone unturned to heap praise on the Indian diaspora. He sees them as ideal migrants in their host nations, investing sweat and blood to develop those countries.

The main effect of this effort has been to remind host countries that people of Indian origin are invaluable assets to them.

By inference, Modi wants to extend the argument that bilateral relations between that host country and the Indian state are dynamized by this incomparable human resource factor.

Turning the Indian diaspora into an effective extension and tool of India’s foreign policy is a key achievement of the Modi Doctrine.

Moving beyond the brain drain debate

Well into the 1990s, it was commonplace to argue in India that the “brain drain” or exodus of skilled and educated Indians was a cause of the nation’s underdevelopment.

Non-resident Indians (NRIs) were said to live it up personally, but to the economic detriment of their less fortunate kinsmen in India.

He was concerned that connecting with, and advocating for, them would impair the sovereignty of host countries.

His cold view of overseas Indians was encapsulated in a comment made in India’s Parliament in 1957: “If they adopt the nationality of that country, we have no concern with them. Sentimental concern there is, but politically they cease to be Indian nationals.”

From exclusion to inclusion

In stark contrast, Modi’s ambition is to galvanize the diaspora as never before. He wants to use it for comprehensive cultural, political and economic empowerment. This is a far cry from the halting steps of recent earlier Indian governments.

Television coverage of Modi’s mega events for the Indian diaspora often focuses on Muslims, Sikhs and other minorities roaring approval from the bleachers.

Part of the visual message is to inoculate Modi against attacks by political rivals in India as a “divisive figure” who supports Hindu chauvinism.

Because the Indian diaspora is varied in its occupational and class composition, Modi could put to good use his governance mantra of “Sabka Saath, Sabka Vikaas” — take everyone along and work for everyone’s welfare.

For example, when Modi visited the UAE in August 2015, he demonstrated commitment to the working class diaspora there and stated that India values them as much as the millionaires and billionaires among NRIs and OCIs (Overseas Citizens of India).

Modi is well aware that calls to patriotism and self-belief whipped up through speeches are not enough to turn around the dismal image of India in the eyes of its own extended family abroad or to extract funds from them for India’s nation-building projects.

Parallel to Modi and the official apparatus of the Government of India that is promoting political activism of the Indian diaspora in the USA, the Indian Prime Minister’s ruling Bharatiya Janata Party (BJP) is also active.

It has come up with an action plan to reorient its overseas branches from cultural events and professional networking to lobbying and formation of “pressure groups.”

The BJP’s overseas branches take inspiration from the successes of the Israel lobby and have tried to learn from them in building up a strong network of local supporters among lawmakers, executive branch officials and the news media, particularly in the United States, to advance India’s foreign policy concerns.

One of the signature accomplishments of the Modi Doctrine has been to raise from the ground up Indian diaspora lobbies outside their traditional stronghold in the U.S.

Modi has made interaction with NRIs and OCIs a fundamental part of his foreign itineraries, no matter how small the diaspora community is.

His government and party machinery have thus added an extra layer of diplomacy for Indian interests in every corner of the globe.

In essence, the diaspora diplomacy of the Modi Doctrine has added to India’s international influence. It is a force multiplier that makes India’s presence in far-flung parts of the world more coherent, organized and visible at the grassroots level.

The benefits of people-to-people and public relations with the Indian diaspora, which has been stirred into action by Modi, are central to the Indian Prime Minister’s larger strategic objective of turning India into a “leading power” on the world stage.

This is an excerpt from Modi Doctrine: The Foreign Policy of India’s Prime Minister by Sreeram Chaulia (Bloomsbury India, September 16, 2016)

The BJP’s overseas branches have learnt from countries like Israel to build a strong network of local supporters among lawmakers.

Diaspora diplomacy is a force multiplier that has marked India’s presence in far-flung parts of the world.

Diaspora diplomacy is central to Modi’s strategic objective of turning India into a “leading power” on the world stage.

The BJP’s overseas branches have learnt from countries like Israel to build a strong network of local supporters among lawmakers.

Diaspora diplomacy is a force multiplier that has marked India’s presence in far-flung parts of the world.

Diaspora diplomacy is central to Modi’s strategic objective of turning India into a “leading power” on the world stage.

US Expats in Mexico: Will We Be Thrown Out?