Nicaragua, CAFTA and the "Invisible Hand"

What positive changes could CAFTA bring to Latin America?

What positive changes could CAFTA bring to Latin America? 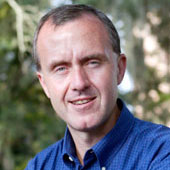 Professor of Management, Southeastern Louisiana University David C. Wyld currently serves as the Robert Maurin Professor of Management at Southeastern Louisiana University in Hammond, Louisiana. He is the Director of the College of Business' Strategic e-Commerce/e-Government Initiative, the Founding Editor of the Journal of Strategic e-Commerce and a frequent contributor to both academic journals and […]

The new image of Nicaragua can be embodied in the story of Bernardo Callejas, who was eight years old when he left Nicaragua with his family in 1980.

Bernardo did all of his formal schooling in the United States. He now holds a Food Engineering degree from the University of Florida — and recently completed an MBA at McGill University in Montreal.

And yet, he is not going after the big bucks on Wall Street or with a major consulting firm.

Instead, after a 16 year absence, Bernardo is returning to his home country, trying to make a difference.

Armed with his education, his fluency in English and Spanish and a genuine enthusiasm for his country, Bernardo Callejas now works for ProNicaragua — a government-sponsored investment promotion agency — promoting his country and bringing foreign investment in manufacturing operations.

On returning home, Bernardo says, "My case is not unique. Most of my generation grew up elsewhere and now we are back in the country putting all of the knowledge we acquired outside into practice. It is very common for Nicaraguans to be bilingual — and this is a huge asset the country holds which is facilitating foreign investment in different areas."

In fact, Bernardo is by no means alone. Since 1990, there has in fact been a massive return of Nicaraguans who had left the country during the Sandinista era of the 1980s.

Although official numbers are hard to come by, many estimate that between 300,000 and 500,000 Nicaraguans have returned home, primarily from the United States and neighboring countries, such as Costa Rica and Honduras.

Today, the United States has a unique opportunity to extend its hand in solidarity to neighbors closer to home — the nations of Central America — in a form of aid that surpasses monetary donations and international funding.

These nations have suffered all types of political and economical turmoil in the past — and they have mended their ways through government reforms and democracy.

Nicaragua is a textbook example of this transformation. It was a country that suffered from a dynastic dictatorship for 40 years. After a scarring internal revolution in the late 1970s, Nicaraguans suffered under a Marxist, totalitarian regime in the 1980s, a product of the Cold War.

Finally, in 1990, through free elections, the country was able to redirect its future and a true democratic government was established.

Fifteen years later, Nicaragua — although enjoying the many benefits of political stability — is still considered the second-poorest nation in the Western Hemisphere.

As such, it is currently at the mercy of bigger economies for a change in this status. Today, Central America is poised at the dawn of a new era of growth and development.

CAFTA's signatory countries — Costa Rica, the Dominican Republic, El Salvador, Guatemala, Honduras and Nicaragua and their peoples — will in many ways stand to benefit greatly from the expansion of the free trade concept in the Americas.

This is because the agreement is far more than a free trade agreement, opening markets and stimulating investment.

CAFTA has the potential to serve as the foundation for the strengthening of democracy, the rule of law, legal accountability and the modernization of public institutions.

Such an institutional transformation is essential to speed up the remarkable economic and political progress achieved in the region over the last decade. For most of these nations, the agreement will signify the close of a troubled past and serve as the underpinning for closer economic ties with the United States.

CAFTA also aims to strengthen the labor and environmental standards in the region through protections in each area built into the agreement.

For example, Nicaragua for its part has gone through enormous transformations in the last decade — major improvements in infrastructure, political stability and ample government incentives.

These measures resulted in the establishment of an export-oriented manufacturing base, directly employing 40% of the country's labor force. Even without a free trade agreement, trade has been growing at a rapid rate between the United States and the CAFTA region.

The ratification of CAFTA would solidify such growth and guarantee additional job creation in the region. That would help improve living conditions in these nations — and thus curtail illegal immigration into the United States as well as promote repatriation of Central Americans to their native lands.

Professor of Management, Southeastern Louisiana University David C. Wyld currently serves as the Robert Maurin Professor of Management at Southeastern Louisiana University in Hammond, Louisiana. He is the Director of the College of Business' Strategic e-Commerce/e-Government Initiative, the Founding Editor of the Journal of Strategic e-Commerce and a frequent contributor to both academic journals and […]