Not a Global Crisis, But the West’s (And Keynes Can’t Help)

Why is the current economic crisis in Europe and the United States likely to be unresponsive to Keynesian solutions?

Why is the current economic crisis in Europe and the United States likely to be unresponsive to Keynesian solutions? 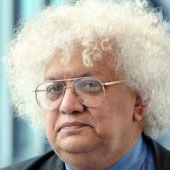 We are currently amidst a long recession, if not a great depression, which arrived after a long boom in global capitalism. This boom was of course linked to globalization, which allowed developing countries to grow much more rapidly than ever before. But this is not a global crisis. It is a crisis of the West and of the misbehavior of Western banks.

Severe crises like this are not new in capitalism. In fact, this is how capitalism solves its problems. It accumulates problems during a boom and then solves them during a crisis. These crises are also marked by processes of wealth redistribution, from West to the East and South, which is precisely what is occurring now.

While this process is underway, there is a profound feeling of helplessness visible in much of the Western world. After all, many people believed that the economist John Maynard Keynes gave us the tools to deal with the economic problems of a great depression, should one be imminent.

Hence, there is the related belief that, if we indeed go into depression, it is just because our policymakers today were not wise enough to use those tools. But this entire train of thought reveals a complete misreading of the situation.

Keynesian economics is also about managing flow disequilibria, not stock disequilibria. This is not the case at the current time either, because we in the West overborrowed and are overindebted, while developing countries have oversaved.

This is why Keynesian tools will not work in the current crisis. A policy-driven wave of government expenditures will not work because people will save that money and get rid of their debts rather than spend it and kick-start consumption. That’s simply human nature.

In Marxian — not Keynesian — terms, the present situation would be much easier to get a handle on. Marx would explain it by looking at profitability. The prevailing level of profitability is bound to decline in the West and rise in the rest of the world. This, in his view, would be why we are having this problem.

In reality, our current predicament is rooted in a different problem from the one Marx would have suggested. In the United States, average wages have not advanced for 40 years. Ordinary labor is no longer a source of surplus value to be exploited. Only very highly skilled labor in a very capital-intensive industry can be profitable.

Stagnating, if not declining, incomes in much of the West, especially in the United States, brought about a crisis of undersaving. This problem has also created difficulties for our pension systems, as personal incomes and corporate profits no longer accumulate sufficiently to fund solid pensions. And yet, with ever-shorter working lives and longer periods of time spent in retirement, there is an ever greater need to finance that gap.

The value of local knowledge

So, the real question is this: What are we in the West going to do to sustain our living standards? What are we are going to sell to the rest of the world to finance that high standard of living?

It doesn’t help in that quest that the technological lead the West once had is shrinking fast. Furthermore, it is illusory to believe, as many in U.S. corporate circles seem to, that we can retain our technological and design competences, while outsourcing labor to cheaper destinations abroad.

Learning is a universal quest, and perhaps especially so in outsourcing destinations, given the catch-up required and the pent-up desires and aspirations at the individual and societal levels there.

As a result of these shifts, the world is now much different than it was ten years ago. In prosperous times, people in the West would adopt a forward-looking strategy. That is, they would change their lifestyle and consumption patterns. But when their living standard is falling behind, people are quite perversely less prepared to modify their lifestyle and cling desperately to past patterns of consumption.

That fact of life also explains why I am very skeptical of global solutions. From the standpoint of economic theory, there was an early debate on the possibility of constructing a social welfare function. But the main idea was to redistribute income, and it worked only if consumption patterns were not affected. This, of course, is not possible.

So what is to be done? In my view, the thing to do is to go back and discover the value of local knowledge. This is an idea that Friedrich Hayek articulated as far back as 1936 in his address to the London Economic Club on knowledge and economics. It may find new life and meaning in this age of globalization.

Because knowledge is dispersed, and not everybody can know everything, all you can do is act on local knowledge and interlink local knowledge through various devices. For all the endless rhetoric about global cooperation, it turns out that in the real world there is no mood for global coordination among rich countries.

So what is optimal behavior in such a fragmented world, where people only want to act locally and not globally? I believe we should encourage a set of many different local solutions, which no doubt will only be very imperfectly coordinated. We may end up living in the third- or fourth-best of all worlds, but that may be about the best we can really do.

Editor’s note: This essay is adapted from the author’s remarks at the Financial Risk, Green Growth and Jobs conference in Barcelona, Spain, on May 4, 2012. The conference was organized by Global Systems Dynamics and Policy (GSDP), Global Climate Forum (GCF) and Integrated Risk Governance Project (IRGP).

This is not a <i>global</i> crisis. It is a crisis of the West and of the misbehavior of Western banks.

Capitalism accumulates problems during a boom and then solves them during a crisis.

This is not a <i>global</i> crisis. It is a crisis of the West and of the misbehavior of Western banks.

Capitalism accumulates problems during a boom and then solves them during a crisis.

The German Strategy on the Euro: A Pre-Summit Roadmap