Oil: Anatomy of a Bubble

Life is good — for oil consuming countries at least. 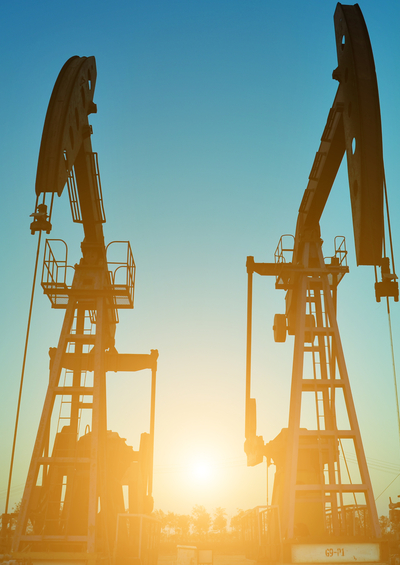 The word “bubble,” when applied to an economy or economic sector, evokes fear and loathing among financial professionals around the world.

The bursting of the U.S. housing bubble in 2008 in particular left people on almost all income levels feeling battered and scarred. But this sentiment may also have created an exaggerated and irrational dread of bubbles – call it bubblephobia.

Careful analysis is brushed aside by greed. And as markets become increasingly overheated, herd mentality and groupthink force capitulation, opening the floodgates wide in the capital allocation process.

And then the bubble bursts!

The ripple effects of oil as a socio-economic meteor are now being felt throughout the global economy.

The oil bubble was triggered by two broad interrelated factors. One factor was change in oil’s supply/demand equation. The second was the adoption of oil as a store of financial value.

Many factors contributed to an oversupply of oil. With oil trading at over $100 per barrel, global exploration hit a fever pitch around the world. New technologies, hydraulic fracturing in particular, enabled energy companies to bring vast untapped reserves into production. And certain countries, including Iraq, increased production following years of political upheaval.

Energy markets were thus hit by a perfect storm. But even though it was a perfect storm, it needn’t have ended in the bursting of a bubble. Another factor was at play.

Not only supply exceeding demand

Starting in roughly 2000, oil had come to be viewed as a financial investment. Investors of all stripes, ranging from giant pension funds to Florida grandpas, sought exposure to energy. Vast sums of passive capital went into energy markets.

This capital grew increasingly oblivious to the real supply/demand dynamics that normally unpin energy markets. This was especially true following the financial collapse of 2008, when the price of oil recovered from its recession low of approximately $35 per barrel to a high of $107 per barrel in June 2014.

During this phase of the energy bull market, oblique supply/demand concepts such as “peak oil” gave way to the widespread belief that oil was an actual store of value.

In the United States, for example, trillion dollar fiscal deficits and quantitative easing established a pervasive attitude among certain investor constituencies that the dollar was no longer sound. The smart alternative to owning dollars was therefore to own “hard assets,” oil in particular.

When oil prices hit their peak in June of 2014, the notional value of the open interest of U.S. oil futures amounted to $181 billion dollars.

In other words, investors and speculators were playing a significant role in setting the price of oil. And much of this investment and speculation was based on US fiscal and monetary policy rather than oil industry fundamentals.

And then, because of the high price of oil, capital flowed into the energy sector as a whole. It went into the common stock of marginal energy producers, the bonds issued to support exploration and production and the master limited partnerships that maintain energy infrastructure.

This produced a paradoxical outcome. The investment capital that flowed so freely into the futures markets for WTI and Brent Crude, which are more fragile markets than many investors consider them to be, helped drive up the price of oil. But then, the high price of crude attracted the capital that spurred a production boom, helping to create an overabundance of supply.

Now, the market is awash in crude oil. It will take time to re-establish the supply/demand equilibrium, if it ever does. And investment capital is fleeing energy markets in a rout.

In the United States, the overabundance of supply is so great that some analysts are predicting that America will run out of storage capacity sometime in mid-2015!

Globally, energy producers will suffer massive shortfalls in income, with dangerously negative impacts on their fiscal and current accounts. Economic destabilization aside, a recent report by the International Energy Agency pointed toward the prospect of political destabilization as well.

Energy consumers, for their part, are likely to see massive benefit. Countries such as China, Europe and the United States will receive a dose of stimulus that would not be feasible through government action.

For these countries, the 45% decline in the price of oil represents an approximately $700 billion annual decline in energy costs. This money will flow into all corners of these economies, reducing input costs for industry and putting extra money in the pockets of consumers.

Financial markets will have to sort through a lot of damage. Although it is unlikely that bailouts will be needed, credit defaults will rise – energy bonds, for example, constitute a whopping 18% of US high yield bond markets. Collective investments, such as pension and mutual funds, will bear the drag of depressed energy sector stocks.

But countering this, industries such as airlines and logistics will benefit. Consumer cyclical stocks will benefit too, along with sectors and sub-industries where energy is a key input.

The net result of the energy bubble bursting seems to be positive for developed countries, the United States in particular. Even so, critics on the far right and far left of the political spectrum will decry the bursting of yet another financial bubble. But the critics should keep in mind that not all bubbles are created equal.

The critics would be right to point to the calamities of 2008 to decry the damage done by bubbles.

But they should also remember the tech bubble that burst in 2001. Like the oil bubble, this bubble was created by capital being allocated to the tech sector in a herd-driven fashion, willy-nilly and in great overabundance. But the tech bubble funded the backbone of the Internet and related technologies that have fundamentally transformed civilization.

In recent years, capital has been allocated to the energy sector without deeper thought and in great overabundance, too. And the chief outcome of this is that the United States has become energy independent.

U.S. energy independence is good for other importers – with the United States no longer absorbing vast amounts of global energy production, supply is likely to exceed demand for years to come.

The story of the oil bubble bursting is still being written. Right now, it looks like it may be heading toward a happy ending – for oil consuming countries at least.

The ripple effects of the oil bubble burst are now being felt throughout the global economy.

Oil supply/demand equilibrium will take time to re-establish itself, if it ever does.

The smart alternative to owning dollars was believed to be owning “hard assets,” oil in particular.

In the US, the overabundant supply is so great that analysts are predicting that the US will run out of storage capacity in mid-2015!

For China, Europe and the US, the 45% decline in the price of oil represents a $700 billion annual decline in energy costs.

The story of the oil bubble bursting is still being written.

The ripple effects of the oil bubble burst are now being felt throughout the global economy.

Oil supply/demand equilibrium will take time to re-establish itself, if it ever does.

The smart alternative to owning dollars was believed to be owning “hard assets,” oil in particular.

In the US, the overabundant supply is so great that analysts are predicting that the US will run out of storage capacity in mid-2015!

For China, Europe and the US, the 45% decline in the price of oil represents a $700 billion annual decline in energy costs.

The story of the oil bubble bursting is still being written.

No NSA Reform, No CIA Reform