How can the desire of Palestinians to return to homes they fled from in 1948 be reconciled with Israel's desire to remain a Jewish and democratic state?

How can the desire of Palestinians to return to homes they fled from in 1948 be reconciled with Israel's desire to remain a Jewish and democratic state? 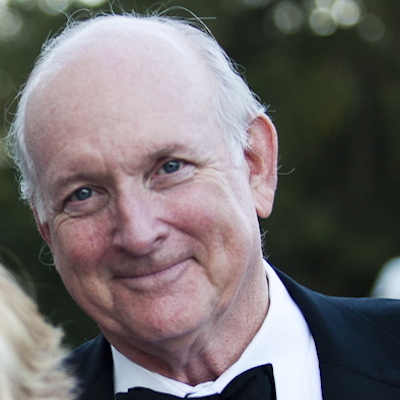 Co-founder and principal of The Jamestown Exploration Company.

Resolving what is known as the "right of return" issue in the Middle East requires great flexibility and balance. Any solution must formally recognize the legitimate claims and grievances of both Israelis and Palestinians. It must also provide realistic opportunities for peace and cooperation in the region — as well as much needed funding to rebuild destroyed lives and infrastructures.

Obviously, both politics and violence have failed. Perhaps it is time to crack open the economic tool kit, and create incentives for peace. Therefore, here is a modest proposal:

A plan to grant and guarantee Palestinian rights which allows those "rights" to either be exercised — or "transferred." And in the process, this plan would protect the interests of Israelis and Palestinians — and peace as such. Here is how it would work:
On a given day, X, the following elements of the current Saudi peace plan will be accepted by all parties:

1. as of day X a Palestinian State is formally established, and

2. on that same day, x, the new Palestine, and all other “Arab states” formally recognize Israel — and Israel’s right to exist in peace.

— A FIXED AND FINITE number of formal “right of return” certificates shall be issued by a duly constituted, neutral authority . . . One for every Palestinian refugee who fled Israel on the eve of the 1948 war.

— Only one certificate per actual 1948 Palestinian refugee would be issued. This would amount to between 600,000 and 1.2 million certificates, depending on the estimate of the number of refugees.

— The total number of certificates would have to be determined by an impartial tribunal.

— Certificates belonging to deceased parties become the property of their heirs.

— All disputes over who is eligible for a certificate should be handled by the Palestinian Authority — or perhaps by Saudi Arabia.

— A certificate holder may, in other words, choose to return to what is now “Israel” — and live there. Such a “right” of return is absolute and unequivocal. The conditions under which that right may be exercised, however, are subject to certain restrictions (See below)

— Palestinian certificate holders who do NOT wish to return to Israel may sell their certificates at any time for a fixed price.

— "Right of Return" Certificates may ONLY be purchased, however, by and through the administrators of an international trust fund established and jointly run by Israel, the Arab States, and other financial contributors.

— Once purchased by the above-named “right-of-return” trust fund, the certificates could either be destroyed . . . Or “banked” and sold later, perhaps at annual auctions.

— Any funds realized from the later sale of “certificates” by the trust to third parties — or any funds left over after each year’s annual sale and purchase of “rights” — could be used for grants to support rebuilding the infrastructure of the Palestinian State.

The key is to establish a price for the certificates that is high enough to attract sellers. Given the restrictions below, many Palestinians will find it beneficial to sell their certificates — rather than wait for an opportunity to actually exercise their right. Of course, if they prefer to keep the certificate, that is perfectly all right with everybody involved.

— The Israeli government may ban for cause certain potential "returnees" (convicted criminals, for example). Banned returnees would have the right to appeal their cases to a neutral international court.

— Israel must, however, admit any and all returnees with valid certificates up to the point at which such returnees constitute a maximum some "safe" percentage, perhaps around 25%) of the total population of Israel. That keeps overreaching Palestinian ambitions in check.

— In addition, Israel must admit one Palestinian returnee above the maximum figure for each Israeli citizen living in the new Palestinian State. That keeps overreaching Israeli ambitions in check.

The "safeguard level" ensures that Israel will remain a Jewish country. The "settler provision" is a graphic demonstration of the real costs of the settlements to Israel.

This is a unique approach. Why? Because it uses economic incentives to replace traditional political language. The idea is to convert "rights" and demands into costs and benefits.

Until now, the peace process has been vexed by ultimately futile attempts to resolve past issues such as: Are Israeli settlements illegal? Should Palestinians be allowed to return? The plan converts such questions into different ones.

The new, future-oriented issues arising from the plan include: What is the cost to Israel of maintaining the settlements? How valuable are the memories of pre-1948 Palestine — when compared to the possibility of a large stake to start out anew in another Arab country?

What does the plan accomplish? First of all, a Palestinian right to return would have been formally and absolutely recognized by all parties.

Yet, a great many refugees would likely allow themselves to be bought out. And those that preferred to hold onto their certificates would at least understand that the world recognizes their rights — even if it cannot turn back the clock to 1948.

Those who chose to hold on to their certificates in hopes of "getting in" would have their chances for doing so enhanced by any and all peaceful integration of Israelis into the new "Palestine."

After all, the more Israelis there are who chose to "settle" outside Israel, the more Palestinian "return" certificates would become immediately usable. That is, for every additional Israeli settler in Palestine, an additional returnee would be added to the "safeguard level" of total Palestinian immigrants to Israel.

In other words, the costs of settlements would become more evident to the Israelis through additional Palestinian immigration. But for the same reason,Palestinians would be able to exercise their right of return if there are more settlers. Would the Palestinian State actually start inviting Jews to settle in the West Bank?

In economic terms, the price of "buying out" a "right of return" would be cheaper than waging war. There are many interested parties who could and would contribute money to the buy-out fund. In practical terms Israel, Saudi Arabia, and the United States alone could fund the authority — and all would save money in the long run by spending it in this way.

In this way, both Palestinians and Israelis "win." Palestinians win Israeli acknowledgement of their right of return — although at a cost (the value of the certificates).

Israelis win the ability to retain West Bank settlements — although at a cost (the requirement that they accept additional Palestinian refugees). Thus the cost/benefit pressure will strongly influence both sides towards taking the steps necessary to create peace in the region.

Co-founder and principal of The Jamestown Exploration Company.