What can policymakers do to prepare for unpredictable financial downturns?

What can policymakers do to prepare for unpredictable financial downturns? 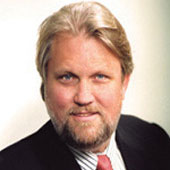 CEO, Johnson Smick International, Inc. David M. Smick is the Chairman and Chief Executive Officer of Johnson Smick International, Inc., the first firm of its kind to provide strategic informational services on global economic and political/policy changes to the macroeconomic-oriented hedge funds and proprietary trading departments of major financial institutions. He is the founder, editor […]

We are living at a time when policymakers must seize the moment if they are to save the new global economy.

In the coming years, the policy world — the central bankers, treasury and finance officials, key government regulators, senior think tank opinion-makers and responsible members of the political leadership — needs to reform the financial architecture, with “Goldilocks” guidance that is not too soft but not too strong.

The stakes could not be higher. After all, if the major industrialized world regulators, including the central banks, had such a difficult time figuring out what was happening during the subprime crisis, why should we be reassured that the same parties could handle the financial implications of a terrorist strike?

What about a strike targeted at the financial system itself? Clearly the policy world must engage in more effective international contingency planning — and fast.

The policy world also needs a “big-think” financial doctrine, or at least a series of informal understandings, in the anticipation of financial crises in general.

This doctrine, formal or otherwise, must involve the cooperation of the private sector with the goal of greater transparency.

Policymakers need to arrive at surgically precise global reforms that avoid threatening the larger financial system as a wealth-creating force. This is a task that will require extraordinary imagination, not unlike the big thinkers in economics who emerged in 1944 at the end of World War II.

These individuals devised an economic and financial structure that allowed for 60 years of prosperity. Policymakers today need to engage in the same kind of bold thinking and to communicate to the public that a financial doctrine to restore order is in place.

Working with the private markets, policy leaders must devise some means of better telegraphing the extent of market risk financial institutions take in the use of highly sophisticated, highly leveraged financial instruments.

As financial products are bundled in the process of securitization, some way must be found to overcome the legal and tax restraints of temporarily unbundling the securitized assets to remove any discovered financial toxic waste.

There must also be some new platform for providing more standardization of the pricing of securitized financial products.

On another front, policymakers need to find ways to improve the performance of the international credit rating agencies. One idea is to tie part of the financial compensation of these agencies to successful performance.

Under the current system, with the exception of a blow to reputation and ego, the rating agencies pay no price for failure. Moreover, they enjoy no dramatic upside for success and accuracy. Some in Congress propose a government takeover of these agencies.

This makes absolutely no sense to anyone with a modicum of understanding of global markets because government bureaucrats, even more than the specialists at the private credit rating agencies, are no match for the sophistication and complexity of today’s financial market wizards.

On a broader note, today’s policy leaders need to be aware that even if all necessary financial reforms are in place, if financial transparency increases, and if confidence and trust in the financial architecture return, the world economy will still likely remain in jeopardy.

There are, of course, the threats of terrorism, weather and climate changes, and an increasing number of financial panics despite the efforts at financial reform.

But the ultimate threat to the world economic order is that globalization itself fails to survive, with the world returning to a long-term period of economic malaise similar to the 1970s, or worse.

Some theorists suggest that globalization, particularly financial globalization and the last several decades of immense wealth creation, may have benefited from two developments that may never occur again.

First, the absence for 60 years of a worldwide military conflict — and second, the complete breakdown of the global Marxist economic model. This breakdown unleashed perhaps a one-time-only explosion.

In recent years, the International Monetary Fund has become less enthusiastic about encouraging developing economies to liberalize their financial systems, allowing the free flow across borders of foreign investment capital.

The reason for the reluctance is that many developing countries have financial systems with little or no transparency and little in the way of adequate regulation. Therefore, foreign investment capital is easily spooked.

At the first sniff of trouble, the capital flees, leaving institutions such as the IMF with the thankless task of trying to keep the resulting crisis from spreading to the larger global financial system.

The OECD (Organization for Economic Co-operation and Development), the Paris-based organization of the world’s government economists, has also backed off its earlier support for the globalization model.

If all of these international agencies won’t support financial globalization, who will?

The only answer, I believe, is a group of courageous, visionary policy leaders — from both the public and private sectors and including central banks and responsible members of the political leadership — that steps forward and explains the enormous negative consequences in the event the globalized model of free trade liberalized entrepreneurial capital collapses.

Editor’s Note: This feature is excerpted from THE WORLD IS CURVED: HIDDEN DANGERS TO THE GLOBAL ECONOMY by David M. Smick by arrangement with Portfolio, a member of Penguin Group (USA), Inc., Copyright (c) David M. Smick, 2008.

The ultimate threat to the world economic order is that globalization itself fails to survive.

Policymakers must seize the moment if we are to save the new global economy.

This is a task that will require extraordinary imagination.

CEO, Johnson Smick International, Inc. David M. Smick is the Chairman and Chief Executive Officer of Johnson Smick International, Inc., the first firm of its kind to provide strategic informational services on global economic and political/policy changes to the macroeconomic-oriented hedge funds and proprietary trading departments of major financial institutions. He is the founder, editor […]

The ultimate threat to the world economic order is that globalization itself fails to survive.

Policymakers must seize the moment if we are to save the new global economy.

This is a task that will require extraordinary imagination.