Putin’s Theater of the Absurd in Eastern Ukraine

In the Donetsk region, the war continues. A travel report from both sides of the front. 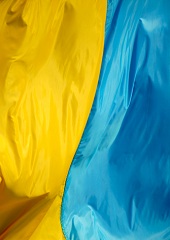 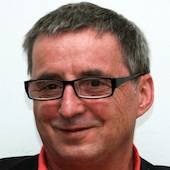 The regions of Donetsk and Luhansk are divided. The separatists have established what they call “people’s republics” in these areas.

How do people get by on both sides of the front line?

We are on the road in the Donetsk region, where the heaviest fighting had occurred, and where the Russian-initiated war is still raging, just as in the Luhansk region. Almost every day, the Ukrainian side reports new civilian and military casualties.

Both regions were divided by the Minsk Protocol ceasefire agreement reached in early September.

Since then, a cruel theater of the absurd can be witnessed there. Not a single item of the agreement is being observed by the separatists and their Russian backers.

Military personnel and heavy weapons keep flowing across the Russian border to the areas occupied by the separatists. The continuous supply with logistics and money is what keeps the artificial “people’s republics” of Lugansk and Donetsk alive.

In addition to members of Russian special forces that make up the backbone of the separatists and are supplemented by locals, there are scores of Chechen mercenaries sent by Ramzan Kadyrov, Moscow’s puppet in Grozny.

Whenever these men are not engaged in fighting with the Ukrainian troops, they terrorize the civilian population and make some extra cash with looting.

Artillery attacks on the Ukrainian side are hitting military facilities, but also residential buildings. There is no indication that heavy weapons are actually withdrawn, as agreed, from the so-called buffer zone.

In Debalzewo and Popasna, right at the front line and far away from Donetsk on the Ukrainian side, we are confronted with the consequences of the unabated shelling. The missiles were probably targeted at a Ukrainian military camp, but ended up in a school and a kindergarten.

Luckily it was Saturday and no one was inside when they hit. However, an elderly man from the neighborhood died in the fire.

A few days later, rocket rounds hit a settlement with smaller houses in the middle of the night. We talked to residents who were standing, completely devastated and surrounded by neighbors, in front of the ruins of their houses.

What is clear is that the bombardment came from “over there,” the other side of the front line. Freezing in the bitter cold before shattered facades, who are the people supposed to blame or curse?

Apart from the terrorists and soldiers living on the other side, there are also a lot of civilians, many of whom they know. Entire families are torn apart by the undeclared war. Who is whose enemy?

While the military provocations have not ceased, the strongholds of the separatists have seen a Moscow-directed change of strategy since November.

Part of the separatist leadership stemming from Russia has faded into the background, including people with many years of Federal Security Service (FSB) experience, such as Igor Girkin, a.k.a. Strelkov (“shooter”).

Their places have been taken by more “presentable” people from the ranks of the local separatists. This move, just like the sham elections held in early November, cements a state of pseudo-statehood that can only result in a prolongation of the war.

Various clan chiefs compete for power over the “Luhansk People’s Republic.” With utter chaos and open terror prevailing, a humanitarian catastrophe is looming.

In contrast, Donetsk, the better organized part of the separatist region, seeks to establish a semblance of normality.

There are ministries, contact persons in the public administration, and an information minister who suggests to foreign journalists they could work undisturbed – so long as they refrain from spreading “enemy propaganda.”

Our information on the southern part of the separatist regions comes from correspondents we know well and from other sources.

Throughout our journey we are supplementing these findings with reports from residents of the Ukrainian-controlled side who have contacts on the other side and continue to use the existing rail and bus service.

The Ukrainian side is trying with all its might to actually restore the normality that is only feigned by the separatists.

Conversations in Kramatorsk, Artyomovsk, Kostiantynivka and other smaller towns revolve around providing food and housing for refugees, rebuilding the infrastructure, the work of the public administration, and civilian life under a continuous state of war.

The newly installed civil governor is now based in Kramatorsk, together with the evacuated parts of the administration. He is trying to gather the pro-Ukrainians among the civilian population and solicit their loyalty.

The refugee situation shows that the support of voluntary initiatives, which have formed in large numbers since last spring, is absolutely crucial.

In Kharkov, as in other metropolitan areas, there are gathering spots for refugees at railway and bus stations. They offer a first contact with neighborhoods, social services and the local administration.

Despite all these great efforts, the situation is far from normal. In some cities, almost all businesses are closed and people out of work. The repair of war damage drags on. The supply of electricity and heat is often limited.

The decision of the Kiev government to suspend pension payments and benefits for the residents of the occupied territories is widely criticized as making the victims liable.

Many people we have talked to tell us what life was like during the occupation by the separatists, and what has changed since then. We meet with editors of local newspapers, human rights activists and employees.

As patriots who are biographically closely tied to the Donbass region, their lives were in serious danger in the spring. They had to go into hiding but still tried to keep working.

Collaborators betrayed them to the separatists, while mayors who inevitably had to come to terms with the new masters, conversely sought to prevent the worst for them.

After the withdrawal of the separatists, what should be done with administrative staff who had fully subordinated themselves voluntarily? Or with militiamen who had sought refuge in flight after abandoning the armory to the separatists?

Whose assertions of loyalty to the Ukrainian state could be trusted?

Some older people we talked to had already been part of the democratic opposition in the 1970s and 1980s, which also had its heroes and martyrs in eastern Ukraine.

The two and a half decades of independent Ukraine have certainly given rise to the rule of mafias and oligarchs in the region.

Stuck in the Soviet lifestyle, its population was easily taken by surprise and captured by the separatists.

But still, during all this time there were also people like Andrei and Volodymyr Berezin in Kostiantynivka, who believed in the future of a democratic and indivisible Ukraine and championed it.

Like many others, Volodymir, who publishes a small local newspaper and founded one of the first environmental initiatives in the Donbass region, makes it clear to us what is at stake for the Ukrainian state in the Donbass.

The Ukrainian side cannot roll back the negotiating positions of Minsk. It has granted considerable autonomy to the two regions, and a temporary “special status” to the separatist territories, while offering the separatists a path to a peaceful reintegration.

If Kiev were to give up these regions, as is sometimes suggested, this would not solve any of the problems. It would only let Russia’s strategy succeed.

The peaceful settlement of the conflict and the progress with reconstruction will determine whether Ukraine’s new path to a European future will finally become a reality – or remain a dream once again.

Editor’s note: Civil rights activist Wolfgang Templin was part of an observer mission to eastern Ukraine in early December 2014. His travel report with impressions and findings from this mission was originally published in Germany’s “taz” newspaper.

Military personnel and heavy weapons keep flowing across the Russian border to the areas occupied by the separatists.

Entire families are torn apart by the undeclared war. Who is whose enemy?

The Ukrainian side is trying with all its might to actually restore normality.

Military personnel and heavy weapons keep flowing across the Russian border to the areas occupied by the separatists.

Entire families are torn apart by the undeclared war. Who is whose enemy?

The Ukrainian side is trying with all its might to actually restore normality.

The Challenge of the “Islamic State”