Romania: The German Factor and a Continental Pattern

The election in Romania shows how Europe grows together – quietly. 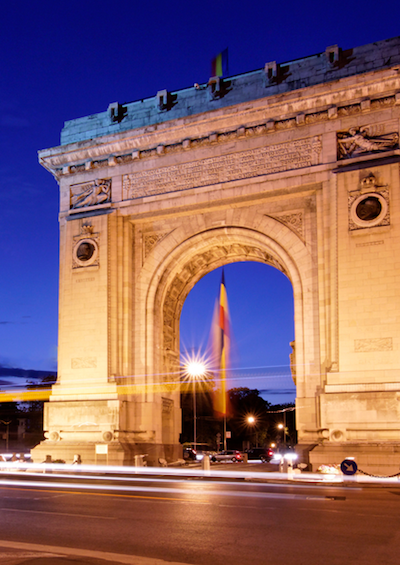 In a big surprise to almost everybody, in Romania’s just concluded run-off elections for the post of president, the strong favorite, Prime Minister Victor Ponta, received a beating at the polls.

Instead, Klaus Johannis, a Romanian of German origin, won the presidential election. It is rare for any — certainly any East European — country to vote a member of the nation’s ethnic minorities to top political offices, never mind the presidency.

There were three reasons for Victor Ponta’s defeat.

First, Romanian voters did not want to give all power to a single party. Former leaders and government ministers of the Social Democrats, the party of Prime Minister Victor Ponta, had to contend with serious charges of corruption. Prison sentences have been handed down and there was the fear that pardons might emerge if just one party controlled the presidency and the premiership.

The same is true of Ponta’s rightist opponents. As with Bulgaria, the European Union is deeply unhappy about the political-business nexus, with politicians emerging much richer than their nominal salaries.

With a conservative now in Cotroceni Palace, the president’s residence, Romania now has more of a true balance of power between the president (Johannis) and the prime minister (who is likely to remain Ponta).

Second, Klaus Johannis received strong backing from German Chancellor Angela Merkel and her CDU party. With that as backdrop, Klaus Johannis, even though he came across as a stern, correct German, still succeeded. Voters believe that he will not abuse his office, in contrast to what previous Romanian top office-holders have done.

There now is a Berlin-Bucharest relationship. This transcends the aspect of political solidarity between political parties. Romanian voters evidently put some trust into this new connection – likely in the hope that it will yield some benefits by making Romania a more integrated, better disciplined and hence also better performing part of the EU family.

Third, the margin of victory in both cases was interestingly provided by Romanian voters residing elsewhere in Europe. This was also the case with the 2009 presidential election, when the rightist, Traian Bsescu, won by just 70,000 votes out of 10.5 million cast.

One million Romanians live in Italy, 850,000 in Spain and probably up to 200,000 in the UK. Since Romania joined the European Union in 2007, more than 3 million out of a total population of 20 million have left to work or live in richer EU states.

The strong turnout among them shows that they stay engaged in their birth country’s political affairs and critical choices for the future.

The Romanian election signals the continuation of another important development. In neighboring Bulgaria, the Bulgarian Socialists Party was ousted from power last month.

Like Victor Ponta, they had a western-trained young leader, Sergei Stanishev, who had been prime minister and currently heads the Party of European Socialists – the federation of all center-left parties in Europe.

But in the October parliamentary elections, the socialists were decisively beaten in an election and also charged with accusations of money making and political favors to pro-Russian businesses at the expense of European and American investors.

The message in these twin defeats is simple: The center left has a greatly diminished political presence in east and southeast Europe 25 years after the Berlin Wall fell.

If one adds the virtual elimination of PASOK in Greece, the decline of PSOE in Spain, the increasing marginalization of the SPD in Germany, the difficulties of the PS in France and the failure of SAP in Sweden to get more than 31%, even though it ended up in power after the September 2014 elections, there really is a generalized crisis of classic post-1945 democratic left parties in the EU.

What’s the cause of this surprising development? Social Democrats, after all, were the driving political party in many a European country in the so-called post-war period.

In a nutshell, it is the rise of protest politics that is sapping the electability of 20th century social democratic/labor parties.

Britain is no exception. There are possibilities that the Labour Party might form the next government after the next parliamentary elections in May. But the new populist nationalist United Kingdom Independence Party is quietly hollowing Labor’s white working class support. It is also expected to win a key by-election on November 20th in a seat which until 2010 was held by Labour.

The centrality of Germany

At least at this juncture, the only country in Europe that seems to inspire confidence – and that people want to turn to for leadership, economic partnership and to get close to – remains Merkel’s Germany.

The center left has a reduced political presence in east and southeast Europe 25 years after the Berlin Wall fell.

There really is a generalized crisis of classic post-1945 democratic left parties in the EU.

The only country in Europe that seems to inspire confidence remains Merkel's Germany.

The center left has a reduced political presence in east and southeast Europe 25 years after the Berlin Wall fell.

There really is a generalized crisis of classic post-1945 democratic left parties in the EU.

The only country in Europe that seems to inspire confidence remains Merkel's Germany.

Trade as a Confidence-Building Measure in East Asia