The Summer of Love Turns 50

San Francisco is celebrating the 50th anniversary of the most iconic cultural event in its history – the summer of 1967. 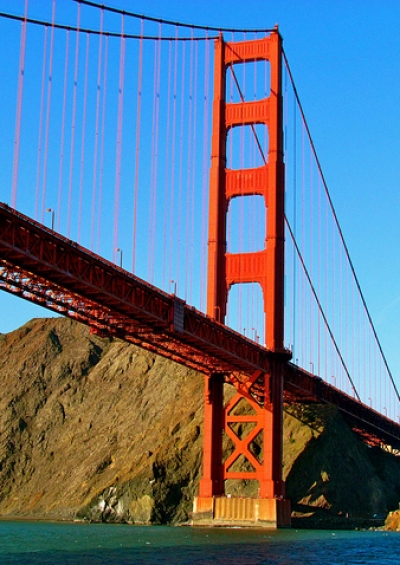 San Francisco is celebrating the Summer of Love’s 50th anniversary. Most of the celebrants are probably dead and buried by now, especially its high priests like Allen Ginsburg who passed into Eternity in the dingy East Village, Timothy Leary, Jerry Garcia, Emmet Grogan of the Diggers (remember them).

In truth, there hasn’t been much of a to-do about the historic occasion. Today’s “with it” residents of the Bay Area live in the moment. Vintage refers to their last but one smart phone; antique is their pre-updated software from Microsoft.

The “Summer Of Love” – if they can recognize the name at all – belongs to the Neolithic Age or whenever it was that the skies were filled with flying dinosaurs instead of Amazon delivery drones.

Only the De Young Museum has done its civic duty in bowing to the past. A mile away from the Haight-Ashby, they have organized a nostalgic exhibition that features the vivid psychedelic posters from Bill Graham’s Fillmore Ballroom concerts and the accoutrements of hippie culture.

This very muted celebration does make sense – of a sort. After all, the era’s inheritance is pretty thin – and much of it not a cause for outbursts of joy. On the positive side, the sexual revolution stands out.

Frankly, though, “the pill” did far more to liberate Americans from the emotional and mental trusses of the 1950s than did all the psychedelic stuff, strobe lights and pot highs.

Beyond that, not much. Our current national religion has nothing to do with community, much less love for humanity. Greed and selfishness is what we’re about – albeit women and gays are better off.

Even they are just as greedy and selfish as straight men. Politically, the hopes and imaginings of half a century ago have vaporized as the country spirals back to 1848 – at home and abroad.

Astoundingly, San Francisco has kept its allure. For two main reasons: topography, and earlier generations’ skill at creating a uniquely appealing cityscape suited to the cool, grey city by the bay.

It is still “cool” and laid-back and has a touch of class. Stay away from the techie hangouts, the tourists, the boosters and instead prowl the hills. Nob Hill, Russian Hill and Pacific Heights are physically unchanged.

That is due largely to municipal codes enacted in the early 1960s which placed a strict height limit on new construction in those residential neighborhoods. The few modern high risers that mar the skyline are to be thanked for arousing a sense of aesthetic preservation.

The result is a unique mix of highly individual houses, multi-unit complexes of heteroclite architectural style, and some stately apartment buildings from the 1920s and 1930s. Many are distinctive; some of distinction. All are well preserved.

It is amusing to conjure visions of Humphrey Bogart in The Maltese Falcon slipping through the wisps of fog into the impressive lobby of one of those structures. The imagination runs riot pondering what mysteries lie within.

With a bit of conjuring, the elegant oriental lady dressed all in black stepping into her chauffeured limousine is a modern-day Madame Chiang off on a mission with instructions from President Xi to knit ties with West Coast power brokers at the monumental Pacific Union club.

The present has its own rewards

A return to the present has its own rewards. Outside an inter-war apartment block on Filbert, the Japanese doorman (uniformed) obligingly fills you in as to the current residents.

If I were to pass muster, one might soon be available – for only $7 million. Wealthy people have always lived there – the 4 bathrooms tell you that. But it is by no means the top-of-the-line.

Take a look at the side of the building and you see fire escapes – just like a NYC tenement. That meets the strict city building code standard – in a primitive way.

More luxurious buildings of that era would have two interior escape routes instead of the fire escape.

There is a lot of money in San Francisco – not all of it in the hands of techies. They, in fact, avoid these traditional districts. Too far from the Freeway that channels them down to Silicon Valley via exclusive vans, too few nightspots, too retro.

Think of it this way. You’re a high-living 20-something hotshot in the electronic cosmos whose awesome idea for a successor to Candy Crush is about to take off. It promises riches within nine figures.

When you walk your mixed Akita-Tosa designer hound at midnight do you really want to find yourself in the company of some 48 year old codger, working in a dreary law firm downtown for a measly 300K, who’s with his collie – a collie!

What is this: a remake of Lassie Finds a Home? The guy’s probably living off the inheritance of his wife from Cincinnati whose family made their money selling Proctor & Gamble soaps back in the last century.

In chic Pacific Heights, the stately houses go for $18 – 25 million. So too their varied Russian Hill companions.

As for the ultra exclusive private enclave on the edge of the Presidio, which Diane Feinstein, Nancy Pelosi and the late Mayor Joe Alioto called home, $30 million might get you a foot in the door.

They represent the party of the people; so where do their Republican counterparts live? Atherton is one place. Tiburon is another.

Adding to the charm of highland San Francisco are the clanging cable cars. They’re a physical link between the old days and the electronic present.

Especially out of the tourist season. Even in the summer, the micro-culture developed around the antique cars persists – thanks to the cable operators and the brake-men who form a sort of guild.

They are the masters of their tiny domain — instructions issue forth as where to stand. To give up a seat to a greybeard, to keep a protective arm around a young child on the sharp curves, to pull a leg in before it gets tattooed with the logo of that parked Porsche at the corner of Hyde and Jackson.

This fun doesn’t come cheap; $7 a ride. But only tourists are routinely asked to pay up. For they get on and off at the terminal stops.

If you want to ride down to the Olympic Club to review your investments over lunch in the grill in anticipation of bidding on that $7 million apartment with the fire escape, you hop on the car on Russian Hill and hop off at Post.

The brake-man is too busy on the steep hills to elbow his way through the clump of tourists to ask for fares. In fact, at an intersection on a particularly vertiginous street, the Chinese brake-man turned to me and, in a confiding manner, asked if I would let him know if any tourists jumped on while he dashed into the Italian pizza joint at the corner to pick up a pre-arranged eggplant sandwich.

That’s quite flattering – especially considering that I wasn’t wearing a trench coat or even a Giants cap.
On the same eventful ride, we make another impromptu stop at the Powell and California intersection where two cable lines cross.

Our black cable operator receives a fleeting visit from his buddy on the other line who flips him an Otis Redding CD. Civilization still lives. The spirit of 67 lives.

In truth, though, all the news about California public transportation is not good. Governor Jerry Brown’s grandiose plans for a high speed rail link between Los Angeles and San Francisco are on life support.

The $80 billion project was always destined to be a still-born White Elephant. Despite Brown’s remarkable achievement in convincing tax-payers to cough up a few billion as seed money notwithstanding, he’s short several tens of billions. Good luck!

So, his would-be legacy will be a few miles of track in the Central Valley around Madera far from the maddening crowd.

Centuries from now, archeologists will doubtless be digging up the old rails and wondering about the fate of the ancient civilization that once flourished in that remote region.

The corroded remnants of tram tracks will suggest a dense population – dispersed by drought, civil strife, or a sterile transgender population.

In the city itself, all the talk is about a heroic scheme to turn Market Street into the Champs Elysee of 21st Century, post-modern San Francisco. An elegant boulevard is envisioned with wide, café studded pedestrian promenades, much flora, remodelled facades – and no cars. (The light rail and BART subway already are underground).

There will be bicycles, though – lots of them. They will rule the streets. Cyclists are among the city’s most powerful lobbies – after feminists and gays.

What cyclists want, they usually get. Even if it costs $700 million, as are the estimates for the cyclist Shangri-La project.

Their strength derives not just from their numbers. Their discipline and organization is enough the make the last surviving Trotskyists green with envy.

They are passionate and they exude that sense of righteous superiority that we usually associate with apostles of the True Faith.

Their holier-than-thou attitude resonates with many citizens in a city where having a light carbon footprint is as close to godliness as one can get in this profane age.

The conduct of quite a few cyclists in Northern California conforms to this exalted self-image. Traffic rules are ignored, pedestrians mowed down (despite their even lighter carbon footprint), and drivers treated with a contempt peculiar to the weak and vulnerable who nonetheless hold the high moral ground.

They resemble the Holy Cows that occupy India’s towns with complete impunity. Could this possibly be the new fault line in San Francisco society and politics?

Which side will the techies take? Who knows? Some of us are still wondering over the mysterious fate of the Maltese Falcon.

San Francisco is celebrating the Summer of Love’s 50th anniversary.

Residents of the Bay Area live in the moment. Vintage refers to their last smart phone.

Our current national religion has nothing to do with community, much less love for humanity.

There is a lot of money in San Francisco – not all of it in the hands of techies.

San Francisco is celebrating the Summer of Love’s 50th anniversary.

Residents of the Bay Area live in the moment. Vintage refers to their last smart phone.

Our current national religion has nothing to do with community, much less love for humanity.

There is a lot of money in San Francisco – not all of it in the hands of techies.