Smaller Nations in a Big World

Of the 193 countries in the United Nations, how many are smaller than Scotland? 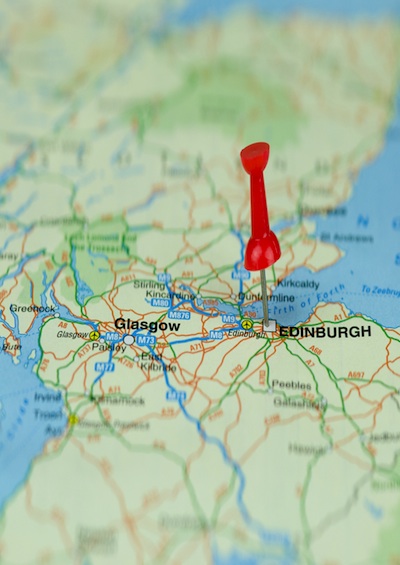 Although the Scottish referendum on seceding from the United Kingdom, held on September 18, 2014, failed, the vote put a global spotlight on small nations around the globe.

With secession being debated in other countries and on other continents as well, we wonder: Of the 193 countries in the United Nations, how many are smaller than Scotland?

Scotland is one of the four constituent parts of the United Kingdom. Together with the other three – England, Wales and Northern Ireland – the UK’s population, at 63.5 million, currently is the 22nd most-populous country in the world, based on UN projections for 2014.

Scotland is currently part of the United Kingdom, a federation of England, Scotland, Wales and Northern Ireland. A “yes” vote on the referendum would lead to the establishment of Scotland as an independent nation in March 2016.

In population terms, Scotland is the second-largest part of the UK. However, its 5.2 million are only a tenth of the 53 million English. (Wales and Northern Ireland together have about five million people.)

The loss of Scotland would reduce the United Kingdom’s population to
58.2 million people. However, the country would only drop one place in the world population rankings. The smaller UK would fall just behind Italy, currently the world’s 23rd most-populous country with 61 million people.

Scotland would be the first new country in Europe since Kosovo declared its independence in 2008. Other regions in Europe with separatist tendencies include Catalonia in Spain (7.6 million people), the Flemish region in Belgium (6.4 million) and the Veneto in Italy (4.9 million).

The total number of UN member countries grew dramatically during the 1990s – from 159 in 1990 to 191 in 2002 – as several larger nations, most notably the Soviet Union and Yugoslavia, dissolved.

Of the 193 member countries today, 40 have a population of less than one million. The combined population of those 40 countries – which include Qatar, Cyprus, Bahrain, Luxembourg, Iceland and Barbados — is only about 12.5 million. While that is equal to only 0.17% of the world population, these nations control about 20% of the votes in the UN General Assembly.

The UK is the smallest nation with a permanent seat of the UN Security Council. Its five permanent members hold veto power over the organization’s substantive resolutions.

Scotland has a population of about 5.2 million, according to a government estimate for 2014. About a fifth of that population lives in just two cities – Glasgow, Scotland’s largest city, and Edinburgh, its capital.

As an independent nation, Scotland would rank ahead of 78 of the UN’s current 193 member states. It would become the world’s 116th most populous country – behind Turkmenistan (5.3 million) and just ahead of Norway (5.1 million).

The combined population of the 78 countries that have a lower population than Scotland’s 5.2 million — including Georgia, New Zealand, Mongolia, Jamaica, Kuwait and Botswana — is 127.2 million. That is just 1.8% of the world’s population – or just over two times the current population of the UK.

While Scotland accounts for just about 8% of the UK’s population, it accounts for about 32% of its territory. Despite the North Sea oil that provides a great deal of Scottish revenues, Scotland’s share of the UK economy – at about 10% — is much more in line with its share of the population.

One of the contentious issues relating to Scotland’s independence is whether it would be granted membership in the European Union. (It is currently part of the EU as part of the UK.) Of the EU’s 28 current members, nine have a smaller population than Scotland. While three — Denmark (5.6 million), Slovakia and Finland (both 5.4 million) — are just slightly larger.

D. Is not correct.

More than 100 countries – 106 to be exact – have a population of less than 10 million people. That is 55% of the UN’s total membership. Among those countries are Sweden, Austria, Haiti, Israel, Libya and Laos.

Together, the 106 countries with a population of under 10 million each have a combined population of 333 million people – roughly the size of the United States and a third of the size of China and India. Their average population – at 3.1 million – is even smaller than Scotland’s 5.2 million.

While that may be proof enough that Scotland is large enough to exist as an independent nation, the question is really what impact independence will on Scotland’s future.

Scotland’s economy is only about a tenth of the size of England’s and its per capita GDP is perhaps 15% lower. An independent Scotland would depend, at least in the short term, on revenues from North Sea oil exports to sustain its economy.

Scotland’s economy is only about a tenth of the size of England’s and its per capita GDP is perhaps 15% lower.

While Scotland accounts for just about 8% of the UK’s population, it accounts for about 32% of its territory.

Scotland’s economy is only about a tenth of the size of England’s and its per capita GDP is perhaps 15% lower.

While Scotland accounts for just about 8% of the UK’s population, it accounts for about 32% of its territory.