A proposal for the pro-social use of big data intelligence

By Dirk Helbing and Peter Seele 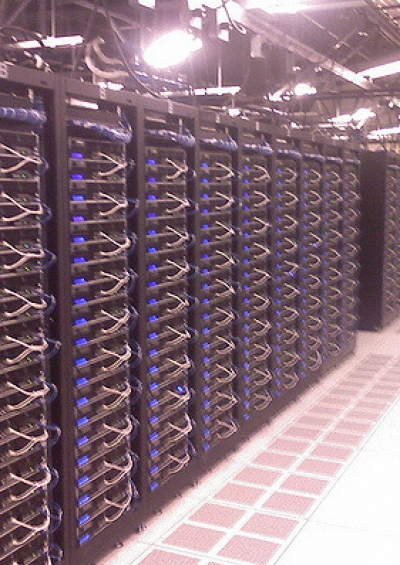 Dirk Helbing is Professor of Computational Social Science at the Department of Humanities, Social and Political Sciences and affiliate of the Computer Science Department at ETH Zurich.

Peter Seele is Professor of Corporate Social Responsibility and Business Ethics at USI Lugano, Switzerland, where he also heads the Studium Generale program.

Digital technology has reached a supremacy and momentum hardly comparable with previous inventions. Even earlier game changers in the history of man such as the industrialization appear less impactful compared to the digital revolution.

This disruptive potential of digital technology has been widely acknowledged. Both utopian and dystopian futures have been discussed many times, under keywords such as big data, artificial intelligence, Internet of Things and quantum computing.

It often gets forgotten, however, the even more disruptive potential today lies in the political, economic, social and cultural inequalities between digital super powers and the rest of society.

Recently, terms such as Cold War, Hot War and Clash of Cultures are surfacing again on the news. As in human history, they could drive our societies to the brink of recession, civil war and societal collapse, at least in some countries.

It would be naïve to assume that, whether as a measure of defense or aggression, international intelligence agencies would not have various drastic scenarios for emergencies ready in their folders.

From what we know as informed public, measures have been taken and strategies prepared to deal with various kinds of catastrophic scenarios, some of which relate to our serious lack of sustainability.

These scenarios are usually studied and managed in so-called “war rooms.” Today, such war rooms are run with big data, using artificial intelligence and cognitive environments.

In these environments, military experts and secret service people interact with advanced technical equipment through gestures and speech and analyze massive amounts of data and large numbers of scenarios.

However, data-driven approaches have pitfalls. For example, if war was the solution to certain problems in the past, war will be suggested as a solution in the future, while innovations could potentially bring peace.

Given that war room kind-of technology is also increasingly being used in big business, it becomes all the more important to focus on a new approach.

Here we propose an internationally mandated, participatory ”peace room” that intends to contribute to the agenda of advancing pro-social uses such as advancing peace, sustainability and resilience using big data, artificial and human intelligence.

Transparency and participatory opportunities are important

To be clear: a peace room is not about developing armed peace missions. It would rather serve to address global public issues threatening peace and prosperity from a global and doomsday-prevention perspective.

The peace room is about the transition from war to peace – and thus about reconciliation. As compared to a war room setting, a “peace room” is characterized by a number of additional features such as:

• a higher degree of transparency (to reduce possible flaws and increase trust),

• a democratic framework of operation (for legitimacy),

• the use by interdisciplinary teams meeting international scientific standards (to achieve the integration of the best knowledge available),

• the supervision by ethical experts (to ensure responsible use and innovation),

• a multi-stakeholder and multi-perspective approach (to find solutions that work for everyone – as much as this is possible),

• and, in order to increase problem solving capacity, participatory opportunities for civil society (by means of NGOs, citizen science, and/or crowd sourcing).

A peace room’s scope of applications may span from transportation and logistics to smart cities and smart ports, to health, security and education.

In the following, let us illustrate how a peace room – possibly in connection with other information platforms – could help to make our planet more resilient and sustainable quickly (besides other measures such as “democratic capitalism” and “digital democracy”).

First of all, one could organize City Olympics, where cities around the world would regularly compete for the best environmentally-friendly, energy-efficient, resource-saving and crisis-proof solutions.

There would be different fields of competition, as well as various “weight classes” (small, medium-sized, and large cities, for example). The competition would engage all relevant sectors of society. Science and engineering (R&D) would come up with innovations, businesses with new products. Politics would mobilize the people, and the media would report about all this.

Of course, peace rooms could support such activities, by providing data access and AI-based tools. Friendly competitions among cities (and the regions around them) would be important to mobilize the entire society, engage in a new path and use resources more efficiently.

The concept of City Olympics would combine competition and cooperation. Every second year, information about the best technologies, organizational principles and mobilization strategies would be exchanged among cities, and the best fitting solutions would be adopted.

If the resulting innovations would be under the Creative Commons license and open source, the solutions could be further developed by everyone. This would lead to new businesses and a fast and widespread use of the best solutions.

Second, systemic resilience could be strengthened by diverse and decentralized/modular solutions that bring different local resources together efficiently with next generation sharing economy platforms.

Participatory disaster response strategies could mobilize the full response capacity of society by enabling people to help themselves and help each other. This became clear during an Earthquake resilience Hackathon in San Francisco.

There, one smartphone app (“Amigocloud”) was proposed to report damaged infrastructures and other problems by uploading it to a map with peoples’ smartphones in a geolocated way. Another app (“Helping hands”) was offering the possibility to request help in the neighborhood, offer support or resources, and coordinate supply and demand locally.

Furthermore, autonomous charging stations using solar panels (“Charge Beacons”) would allow people to recharge their smartphones, which would – taken altogether – become important survival tools. Complementary, one could also consider to add energy-autonomous fab labs or maker spaces, in order to be able to locally fabricate objects and tools as needed.

All of the above proposals are perfectly compatible with democracy and the fundamental values of our society. Such an approach would not only come with increased legitimacy, but could also benefit the innovation capacity of diverse stakeholders and the general population, e.g. support NGOs and grassroots engagement besides politics and business.

We believe that broader deliberation and participation as well as value pluralism will generally lead to improved solutions and greater public benefits.

This is also very much compatible with the open discourse and deliberative democracy that Habermas demanded – and for which we now finally have the democracy-enhancing technological means.

This effort should lead to a balancing of interests of different groups of society – an important condition for the possibility to unfold everyone’s potential.

Given the many pressing problems of our world, which have the potential to seriously affect billions of lives on Earth, it is now time to change the paradigm of how strategic decisions – particularly in crisis situations – are made, leading us from “war rooms” to “peace rooms.”

Digital technology has reached a supremacy and momentum hardly comparable with previous inventions.

Recently, terms such as Cold War, Hot War and Clash of Cultures are surfacing again on the news.

The peace room is about the transition from war to peace – and thus about reconciliation.

The many pressing problems of our world have the potential to seriously affect billions of lives on Earth.

Dirk Helbing is Professor of Computational Social Science at the Department of Humanities, Social and Political Sciences and affiliate of the Computer Science Department at ETH Zurich.

Peter Seele is Professor of Corporate Social Responsibility and Business Ethics at USI Lugano, Switzerland, where he also heads the Studium Generale program.

Digital technology has reached a supremacy and momentum hardly comparable with previous inventions.

Recently, terms such as Cold War, Hot War and Clash of Cultures are surfacing again on the news.

The peace room is about the transition from war to peace – and thus about reconciliation.

The many pressing problems of our world have the potential to seriously affect billions of lives on Earth.