Texas and Germany may hold the key to the future of the world’s energy markets. 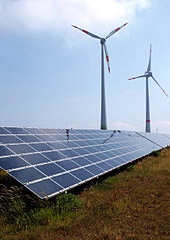 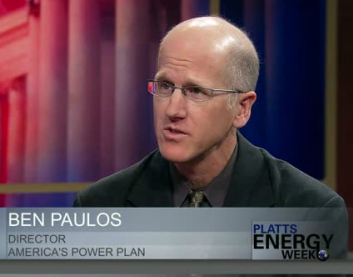 Bentham Paulos is the principal of Paulos Analysis. He consults and writes on clean energy policy, industry trends, and philanthropy.

In many respects Germany and Texas could not be more different. One is cold and northern and Old World, the other hot and dry and New World. They have starkly different political attitudes – Germany is one of the most liberal countries in Europe while Texas is the epicenter of Tea Party conservatism in America.

This carries over to their attitudes about environmental issues. Germany has set, and is achieving stringent climate goals while Texas Governor Rick Perry has said that the science of climate change is “all one contrived phony mess that is falling apart under its own weight.”

Yet Germany and Texas have some intriguing similarities when it comes to their electricity systems, and may share a common future.

Policy makers in both Texas and Germany believe strongly in competitive markets and have largely deregulated their power industries. Both regions have a large and growing amount of renewable energy and are likely to see much more in the future – in Germany, due to the strong policies of the Energiewende and in Texas, driven by abundant natural resources and the increasing maturity of wind and solar power.

In both places, belief in competition has led to “energy-only” wholesale markets, where generators compete to sell their juice on daily and hourly markets, an approach lauded by market economists as the most economically efficient approach. Many other states and countries provide long-term payments to power producers to be ready to provide power as needed, called a “capacity” payment.

These factors (and others) have led to very low wholesale prices in both Germany and Texas. Low prices are driving incumbent utilities toward bankruptcy, shuttering power plants and tightening operating margins, as well as triggering a contentious debate about reforms to market designs.

In Texas, near-outages in 2011 triggered the debate. Power plant owners argued that prices were too low, no new plants would be built, and power shortages were just around the corner. They were countered by large consumers, maintaining that low prices were simply the result of market forces at work, capacity payments were a form of welfare and adding them would drive up costs.

Earlier this year, under substantial political pressure, the state utility commission in Texas decided the market was “healthy” and made relatively minor fixes.

Renewable energy has its own pitfalls

In Germany, the same debate is just heating up. The ongoing growth of wind and solar is pushing conventional technologies out of the market, inflicting serious financial damage on the incumbent generation companies. Yet those traditional “dispatchable” power plants are needed for when the wind doesn’t blow and the sun doesn’t shine.

European generators E.ON, RWE, GDF Suez and Vattenfall all saw major losses in 2013. RWE has called it “a crisis in conventional power generation,” and has closed 12,600 MW of capacity since the start of 2013. Another 15,000 MW of conventional power plants have requested permission to shut down.

The companies are also lobbying hard for capacity payments to reduce their losses. Just as in Texas, though, there is strong resistance to capacity payments, for the same reasons of economic efficiency and competitiveness.

Energy Minister Sigmar Gabriel recently compared capacity markets to an unemployment program. “When it comes to capacity markets, this cannot be a [welfare program] for power plants—where you do not work but earn money,” he told an energy industry conference in June.

Reform is a complex challenge

A number of reform proposals have emerged and are being vetted by regulators and stakeholders. Most of them provide a limited amount of non-energy payments. One example is a “focused” capacity market that funds only the resources needed to fill the gap and maintain reliability.

An “ecological flexibility market” would require low emissions and operating flexibility. A “strategic reserve” is a set of power plants that would be deployed only when the market is tight and that otherwise don’t participate in the energy-only market. And a “decentralized” market would require every power retailer to ensure its own capacity.

These solutions highlight the fundamental disconnect between wind and solar and traditional energy markets. Because wind power and solar power are driven by natural forces, and not by demand or the market price of electricity, they are not responsive to the human laws of supply and demand.

Given that the goal of the Energiewende is an 80% share of renewable power by 2050, these market concerns are fundamental to the future of energy in Germany. And they are a harbinger of things to come in places like Texas, where wind and solar are competitive, the resources are large, and the pressure for pollution reduction is growing.

In this future, conventional power plants run less and less, but are still needed for reliability. If they aren’t going to make a living selling electrons, they need to make it selling reliability and integration services. And they must compete with “smart grid” technologies that are making the demand side more interactive.

To make it work, the money flows of power systems dominated by renewable energy will have to look fundamentally different from those designed for traditional power plants.

For more information see the Power Markets project at PowerMarkets.org.

Editors Note: This essay is based on a study which the author undertook on behalf of the Heinrich Böll Foundation.

Wind and solar energy are not responsive to the human laws of supply and demand.

Power plants of the future must compete with smart grid technologies that are making the demand side more interactive.

Bentham Paulos is the principal of Paulos Analysis. He consults and writes on clean energy policy, industry trends, and philanthropy.

Wind and solar energy are not responsive to the human laws of supply and demand.

Power plants of the future must compete with smart grid technologies that are making the demand side more interactive.

The Atlantic Civilization and Its Enemies