The Atlantic Civilization and Its Enemies

Squeezed between a self-destructive Russia and Arab world, Western nations need to focus on their roots. 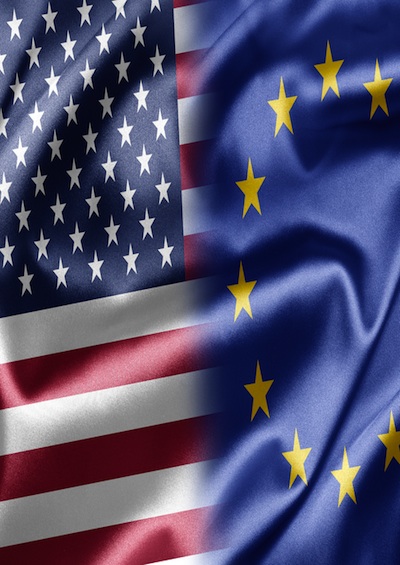 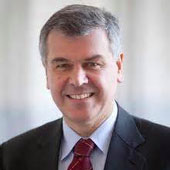 Ludger Kühnhardt is director of the Center for European Integration Studies (ZEI) at the University of Bonn, Germany.

When the term “Atlantic civilization” was coined in the 18th century, the underlying idea was meant to combine the values of the French and the American Revolutions. They were seen as the two indispensable pillars of a single, yet divided approach to social modernization.

The values of life, liberty and the pursuit of happiness as well as those of liberty, equality and fraternity may sound hollow today, yet they have not lost any of their resounding power when looking at their impact.

▪ The Achilles Heel of the West

The Atlantic civilization remains based on the primacy of individual dignity, property and rule of law, a strict separation between state and society the freedom of religion (to practice it as well as to renounce it) as well as the freedom to travel.
Our ability to engage in self-criticism remains the essential quality of the Atlantic civilization. While hoping for the universalization of our understanding of life, liberty and the pursuit of happiness remains an inherent driving force of our culture, we need to re-evaluate the world as it stands.

It is imperative for the future of the Atlantic civilization to realize the root causes of the conflicts which have taken us like a hurricane. The time has come to count the dead due to a series of acts of political violence committed over the past decade.

We must take account of undeclared wars (such as in the Ukraine), gruesome and barbarous acts of terrorism (as in Iraq and Syria), incapable states which cannot really “fail” because they never worked in the first place (such as Somalia), as well as states which can no longer prevent the outbreak of mass epidemics with global consequences (such as Liberia or Guinea).

The West may be keen to promote the rule of law and democratic participation, but we are confronted with upheavals in our borderlands that follow a different, if not altogether confrontational logic.

Russia is projecting its imperial glory, if only out of weakness. The Arab and Muslim world is undergoing a transformation with cultural, political and economic tensions of the highest order. While often clad in religious language, these tensions reflect age-old geopolitical controversies and rifts.

Aren’t we very scared of “foreign” fighters returning from Iraq or Syria, whether with a U.S. or EU passport? And what is our answer to self-declared “Sharia police” gangs patrolling the streets of London or Bonn, trying to prevent Muslim youth to enter “sinful” places such as discotheques and casinos?

No single country has the answer

The Atlantic civilization is united these days, or so it seems. In reality, Western nations are divided in their perception of, and proximity to, current hotspots. Whether we are engaged in sanctions against Russia or in organizing a military coalition against the barbaric terror of the self-declared “Islamic State caliphate,” the truth of the matter is this: Nobody has a good answer, and no strategy seems to work the way we thought these things happen.

What’s happening in Russia is about re-establishing spheres of influence, territorial and ethnic. The shift from Arab spring to a Caliphate winter represents almost the opposite: the individualized, decentralized and excessively violent, cruel and unpredictable use of force.

Understood properly, Eurasian imperialism and Arab radicalism are two sides of the same coin. They both reek of obvious helplessness and long-term self-defeat. They represent deep inferiority complexes to which the West has not developed any serious response beyond the usual policies of carrots and sticks.

The Atlantic civilization has to learn that political ideologies and violent conflicts which are no longer relevant in the West have found willing repetition outside our sphere. The Arab world may well have entered its genuine Thirty-Year War, while nobody knows how long Russian imperialism may last.

But as Russia’s and the Arab world’s inner tribulations have begun to penetrate the cohesion and stability of the West, they pose a threat to the Atlantic civilization that goes beyond the reaction of concerned neighbors.

That is why it is time to reinforce the foundation of this unique experiment in the history of man’s search for freedom without coercion.

The Atlantic civilization needs to redefine its foundation: the search for truth cannot justify the destruction of freedom, one’s own and that of others; the rule of law and democratic participation include the protection of minorities; the outbreak of violence is the end of politics and not its continuation. In the end, this is what liberal democracy is all about.

It is against this backdrop that the success or failure of the Transatlantic Trade and Investment Partnership (TTIP) takes on a new dimension. These negotiations are about far more than a trans-Atlantic trade and investment partnership.

It is an investment into a common future of liberal democracy and it is about a partnership that cannot be traded on the altar of petty populism and myopic trends on either side of the Atlantic Ocean.

Our ability to engage in self-criticism remains the essential quality of the Atlantic civilization.

The time has come to count the dead due to a series of acts of political violence committed over the past decade.

The Atlantic civilization needs to redefine its foundation

Ludger Kühnhardt is director of the Center for European Integration Studies (ZEI) at the University of Bonn, Germany.

Our ability to engage in self-criticism remains the essential quality of the Atlantic civilization.

The time has come to count the dead due to a series of acts of political violence committed over the past decade.

The Atlantic civilization needs to redefine its foundation

Why S&P’s Latest Call on Germany Misses the Mark