Why has the American Dream slipped out of the reach of more and more of the middle class?

Why has the American Dream slipped out of the reach of more and more of the middle class? 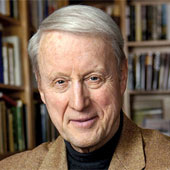 Hedrick Smith is an author and documentary filmmaker and a former reporter for the New York Times.

Who Stole the American Dream? explains how the United States moved from an era of middle class prosperity and power and effective bipartisan politics in the 1950s, 1960s and 1970s to today’s polarized politics, starkly unequal democracy, gaping inequalities in the economy and a middle class — and a national economy — stuck in a rut.

The book breaks with the conventional wisdom that the demise of America’s middle class was caused by globalization, advancing technology and impersonal market forces. That is a misleading half-truth.

“Who Stole” argues that the real causes were a tectonic power shift in Washington, D.C., that began in the late 1970s under the Democrats. They expanded under the Republicans, who further tilted government policy in favor of the wealthy and corporations for three decades.

In addition, the “wedge economics” of shareholder capitalism that, since the 1980s, have increasingly cut the middle class out of its fair share of U.S. economic growth, rising productivity and rising corporate profits left today’s Americans with the greatest economic inequalities among advanced economies since 16th-century Spain.

Here is what the alternate form of contemporary U.S. economic history — one focused on the common man, not Fortune-riding heroes — looks like:

The “Treaty of Detroit” labor agreement between General Motors and the United Auto Workers Union gives GM labor peace and auto workers annual pay increases, health benefits and monthly pensions, setting a pattern for other industries, insuring that gains from U.S. economic growth are shared between labor and management.

Corporate ethic frowned on CEOs taking stock grants as unfair “competitive avarice.” Economists call this period “The Great Compression” because the income gap between the rich and the middle class is at its narrowest in the 20th century.

Heyday of the middle class, when the U.S. economy is driven by the dynamics of “the virtuous circle.” Companies paid high wages and tens of millions of families had steady income to spend, generating high consumer demand.

Robust consumer demand propels businesses to invest in new plants and technology and to hire more employees, fueling the “virtuous circle of growth” to another round of expansion and higher living standards.

Goldwater’s defense of political extremism and rejection of compromise as a matter of principle sparks the birth and growth of the Republican New Right, culminating in today’s Tea Party.

The burgeoning consumer movement presses Congress and the White House to create new watchdog agencies and standards for truth in packaging and truth in lending.

He works his way up to chief mechanic, making $60,000 a year, leading a crew that does repairs and safety checks so that planes are ready to be airborne by dawn.

The largest single mass public protest in U.S. history. Twenty million Americans participate in marches, teach-ins, and other demonstrations to protest against pollution of the environment.

President Nixon, responding to public pressures, establishes the Environmental Protection Agency. Congress passes the Clean Air Act in 1970, the Clean Water Act of 1972 and other strong laws to protect the environment.

Nixon also sets up the Consumer Product Safety Commission, the Occupational Safety and Health Administration, and expands the powers of the Federal Trade Commission to protect consumers and curb the excesses of capitalism.

Corporate attorney Lewis Powell sparks a political rebellion with his call to arms for Corporate America. Circulated by the U.S. Chamber of Commerce, Powell’s memo warns that anti-business attitudes and government regulation are threatening to “fatally weaken or destroy” the American free enterprise system.

Powell declares that business must arm itself politically, battle organized labor and consumer activists, and mount a long-term campaign to change the balance of power and policy trends in Washington.

The CEOs of America’s biggest corporations, responding to Powell’s memo, organize the Business Roundtable, which becomes the most potent political lobbying arm of Corporate America. The National Association of Manufacturers moves its headquarters to Washington.

In one decade, the U.S. Chamber of Commerce doubles its membership and the National Federation of Independent Businesses (small business) grows from 300 to 600,000 members.

For the next three decades, Scholl and Hughes and their classmates enjoy their version of the American Dream of secure jobs, rising pay, health benefits, and lifetime pensions a solid middle-class standard of living.

From 1945 to 1973, the productivity of U.S. workers rises 96% and average hourly compensation rises in tandem, by 94%. Average Americans share in the nation’s prosperity.

In the next three decades, from 1973 to 2011, worker productivity rises another 80%, but hourly compensation rises only 10%. Ordinary Americans are cut out of their share of the nation’s economic gains.

Inspired by their mentor, free market economist Milton Friedman, business school professors Michael Jensen and William Meckling propose in an academic study that CEOs be given stock options to align their interests with those of stockholders.

Corporate boards, seeing an advantage because options are not charged as a company expense, adopt this “pay for performance” idea. By 1980, 30% of CEOs are receiving stock option grants.

Business mobilizes politically. The number of companies with Washington lobbying offices grows from 175 in 1971 to 2,445 a decade later. Along with 2,000 different trade associations, businesses have a combined Washington staff of 50,000, plus 9,000 lobbyists and 8,000 public relations specialists.

Business lobbyists and advocates now outnumber members of Congress by 130 to 1.

In the pivotal 95th Congress under President Jimmy Carter and the Democrats, business shows its new political muscle. Its lobbyists block organized labor’s legislation and Ralph Nader’s push for a consumer protection agency. They win deregulation of airlines, railroads and trucking.

They get Congress to reject Carter’s plan to close tax loopholes for the rich. Instead, they push to cut the corporate tax rate and the capital gains tax on investment income from 49% to 28%.

Two major bills alter the economic landscape for decades to come. One is an obscure insert in the tax code, paragraph 401(k), initially intended to authorize supplemental executive retirement plans and later extended by the Reagan Administration to rank-and-file workers.

The other change updates U.S. bankruptcy laws, giving management control during corporate bankruptcy, paving the way for bankruptcies in the 1990s and 2000s that canceled provisions of union contracts.

President Reagan pushes through tax cuts that heavily favor the wealthy, dropping the top personal income tax rate from 70% to 28%, the capital gains rate from 28% to 20%, and the corporate rate from 46% to 35%.

President Reagan persuades Congress to pass a law authorizing the exotic loans that will become the hallmarks of the 2000s housing boom. The law permits loans never previously allowed: adjustable rate mortgages, or ARMs, with ballooning interest rates, 100% financing and “negative amortization” that permits banks to charge high fees and interest rates and allow minimal payments, causing many people to go deeper into debt, and stripping equity out of many homes.

Mutual funds popularize 401(k) plans with the slogan, “Be Your Own Money Manager.” Millions of rank-and-file employees eagerly adopt do-it-yourself retirement. Companies unload hundreds of billions in retirement costs onto their workers.

The second part of The American Boulevard of Stolen Dreams will be published tomorrow.

Editor’s note: This essay is adapted from Who Stole the American Dream? (Random House) by Hedrick Smith. Copyright © 2012 by Hedrick Smith. All rights reserved. This text may not be reprinted, disseminated, or distributed in any medium without written permission of the author.

Congress passes the Clean Air Act in 1970, the Clean Water Act of 1972 and other strong laws to protect the environment.

The number of companies with Washington lobbying offices grows from 175 in 1971 to 2,445 a decade later.

Hedrick Smith is an author and documentary filmmaker and a former reporter for the New York Times.

Congress passes the Clean Air Act in 1970, the Clean Water Act of 1972 and other strong laws to protect the environment.

The number of companies with Washington lobbying offices grows from 175 in 1971 to 2,445 a decade later.

Japan Votes to Go Back to the Future