The Catholic Origins of Globalization

Why do some economists persist in stereotyping Europe’s Catholic nations as laggards, when they practically invented what we today call globalization? 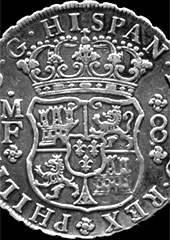 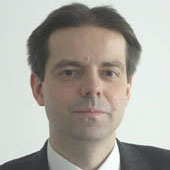 Implausible as it might seem, one of the most disturbing side effects of the current economic crisis is the attempt at reviving Europe’s North-South divide along religious lines. In this new, slightly more civilized avatar of the religious wars of yore, the argument put forward — or should we say backwards? — by some economists-turned-theologians is that the eurozone’s travails are due to the unlikely amalgam of virtuous Protestant countries and lazy, corrupt Catholics and Orthodox brethren.

Some of them go even further to suggest that capitalism and globalization are essentially Protestant inventions, and that other Christian denominations are culturally and morally unfit for them.

The problem with this line of reasoning is that it is wrong. History is not theology nor geography. Simply put, there are no countries predestined to thrive or decline according to some inexorable and eternal laws imparted either by an inscrutable Protestant God or by the mechanical equations behind plate tectonics.

In case you doubt it, a little excursion through the historical record from the Age of Reformation up to our days should be enough to convert any disbeliever.

Let’s start with globalization. Was it an outcome of the Protestant Reformation? Reformation leaders Martin Luther, John Calvin and Huldrych Zwingli didn’t seem to pay much attention to the world outside their provincial Central European confines.

They were too busy trying to organize their nascent communities and fighting against the established Church to ponder the vast realms being incorporated into the mental and physical map of Europe since the late 15th century.

By contrast, their Catholic counterparts — immersed as they were in the early exploration, conquest and administration of distant lands — had to devote plenty of material and intellectual resources to create the first networks for the mobilization of capital, ideas and souls on a global scale.

It should then be no surprise, then, that the first modern European thinking on how to organize a truly global commonwealth emanated not from Anglican Oxford, Calvinist Geneva or Zwinglian Zurich, but from Catholic centers of learning and decision-making.

Not by chance, the conception of humankind as a political and moral republic encompassing the whole world was perfected in that Catholic cradle of early modernity: the School of Salamanca and its branches throughout the Hispanic Monarchy.

Francisco de Vitoria, Domingo de Soto or Francisco Suárez, not to mention Las Casas or Montesinos, were the first modern men who dared to confront, and challenge, the consequences of the radical encounter of Europe with other worlds.

The first debate with a global resonance on the just titles (or lack thereof) of Popes, Emperors and Kings to subjugate other people took place not in Anglican London or Calvinist Amsterdam, but in Catholic Valladolid, in 1550. And it was not sponsored by the Queen of England or the Dutch stadtholders, but by the Holy Roman Emperor Charles V.

Catholic Iberia and the rise of globalization

Catholic globalization was accompanied not only by moral, legal and political debates of unparalleled depth and width in the Protestant world, it was also made possible by the mastering of the best scientific, technological and administrative skills available at the time.

One of the core tenets of Max Weber’s famous thesis is that modernity implied a secularization of power and knowledge that was made largely possible because of the Reformation. In the standard narrative, Protestantism, the scientific revolution and the rise of the bureaucratic state are not only inextricably linked, but worked hand in hand to bring about modernity.

But, in reality, and unpopular though it may be to remember these days, the first European countries where science and technology were systematically harnessed at the service of the modern state were Portugal and Spain, two Catholic strongholds.

When Francis Bacon published “The New Atlantis” in 1627, the idea of an institution devoted to the use of knowledge as a means to obtain power over and profit from nature had already been put into practice more than a century before in Iberia with the Casa da India, founded in Lisbon in 1501, and the House of Trade of Seville, established in 1503.

The concentration of the best navigators, cartographers and cosmographers in Seville’s House of Trade had no equal in Europe at the time. Their work was elevated to new heights under the reign of Phillip II, the most bigoted and anti-modern of monarchs in the Protestant imagination.

For all his devoted Catholicism, the hermit of El Escorial not only compiled one of the most ecumenical libraries and art collections of the times, he also organized the first state-sponsored scientific expeditions to the New World and the Philippines.

In 1570, the King commissioned Francisco Hernandez, a court physician, to gather information about herbs and medicinal plants in New Spain. The outcome of the expedition was the first botanical survey undertaken in the Americas. It catalogued more than 3,000 specimens and shipped many of them back to Europe for further study and commercial exploitation.

In the same manner, Juan de Herrera, Phillip II’s architect and mathematician, deployed royal patronage for the benefit of knowledge and power with his “Enquiry for the Observation of the Lunar Eclipse” in 1582.

The project was designed to measure the extent of the Spanish Empire by fixing key latitude and longitude coordinates in a scientific expedition from Seville to Mexico and across the Pacific to the Philippines. The undertaking was what we would today call Big Science, and it was undertaken by a Catholic nation mostly untouched by the Reformation (and a long time before the Enlightenment).

Phillip II supervised the composition of a questionnaire that was sent to more than 500 municipalities throughout the New World. The information — on ethnography, topography, sanitary conditions, transportation and natural resources, among many other things — was compiled with detailed maps and plans into the astonishing “Relaciones Geográficas,” Europe’s first thorough attempt at linking the practice of good government with the systematic collection, compilation and exploitation of empirical data.

The final feather in Philip II’ s cap as a great, though underestimated, promoter of globalization was his insistence in finding the so-called tornaviaje, a sea route from the Philippines to New Spain. Its discovery in 1565 allowed the Manila galleons in the Pacific and the Spanish Atlantic fleet to connect Asia with America and Europe — an exploit that was to be repeated almost every year for the next two centuries and a half.

So it is thanks to Catholic Iberia that a worldwide economic system first came into being in the 16th century. The Protestant powers, particularly the British and the Dutch, arrived later. They did not create early modern globalization, they just jumped into it and learned to profit from it.

Contrary to the Protestant myth, even after Spain’s relative — and temporary — decline in the second half of the 17th century, neither London nor Amsterdam dominated the world economy. These powerful cities could have access to Spanish-American silver and gold through trade, war, piracy and smuggling, but they could not control the flow ab origin.

The Spanish Monarchy’s continuing control over the flow of precious metals from the New World was dependent on its Armada doing what the Royal Navy did for British trade in the 19th century and what the U.S. Navy does today — protecting the transoceanic trade routes. Over a period of three long centuries, the Spanish Armada was the primary custodian and conveyor of massive quantities of silver and gold coins: the lifeblood of the first global economy.

Even after the peak of Spain’s power, the Spanish American silver pesos — rather than the pound or the guilder — remained the currency of choice for merchants in China, North America and large parts of Europe. When the Founding Fathers tried to find a model for the currency of the new and mostly bankrupt United States, they ended up choosing the Spanish piece of eight.

As the first secretary of the U.S. Treasury, Alexander Hamilton ensured the adoption of the 1792 Coinage Act, which set the value of the U.S. dollar equal to “the value of a Spanish milled dollar.” Thus, the currency that was a testimony to the Catholic origins of the first international monetary system was transmuted into an instrument of U.S. economic hegemony.

Editor’s note: This is part one of a two-part essay. Part two is here.

The views and opinions expressed in this article are solely those of the author and do not necessarily reflect any official position of the Spanish government.

One of the most disturbing side effects of the economic crisis was the attempt at reviving Europe's North-South divide along religious lines.

The first modern European thinking on how to organize a truly global commonwealth emanated from Catholic centers of learning and decision-making.

One of the most disturbing side effects of the economic crisis was the attempt at reviving Europe's North-South divide along religious lines.

The first modern European thinking on how to organize a truly global commonwealth emanated from Catholic centers of learning and decision-making.

Financial Capitalism: A Safe Venue for Power Struggles Without Violence