For all the attention given to Greece, is Portugal really that much better off? 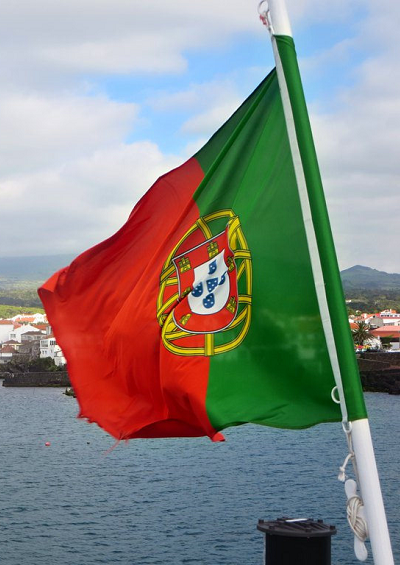 Even a brief glance at the facts suffices. Portugal is no less bankrupt than Greece. The country’s government debt, at 124% of GDP, might be lower than in Greece. However, government debt is just one – even though important – part of the full debt picture.

On an aggregate level, Portugal’s overall debt level — at 381% of GDP when also including private households and non-financial corporations — is well above Greece’s total debt level (286% of GDP).

So while Greece’s problems mainly manifest themselves via government debt, Portugal suffers from too much debt in all three sectors of the economy.

The debt that keeps on growing

At the same time, debt continues to grow much faster than the Portuguese economy. Between 2008 and 2013, aggregate debt grew by 69 percentage points. In order to stop the debt growing faster than the country’s economy, the government sector alone would have to improve its fiscal position by 3.6% of GDP.

Given the overall status of the Portuguese economy and the debt problems of the private sector, that improvement is an impossible task. Trying to achieve it would push the economy into outright depression.

Given all these facts, it is all the more astonishing that the German Bundestag voted unanimously in favor of Portugal’s proposal to pay back loans from the IMF earlier.

Bundestag members did so with great pleasure. Why? Amidst the fraught negotiations in Brussels with the new Greek government about the extension of the Greek program, it was a welcome opportunity to claim that the European approach to the crisis with austerity and reform was indeed working.

For Portugal, it was a good deal, because it could replace relatively costly money from the IMF carrying interest around 4% with cheaper loans from the capital market. But Portugal’s refinancing itself in the markets is not really a sign of the success of the policy mix in Europe.

Given that the country’s creditors are mainly foreigners, Portugal cannot inflate the debt away. It is also in no position to grow out of its debt problem. Assuming a current account surplus of 0.9% (as achieved in 2013), it would take 128 years just to pay back all foreign debt.

Debt aside, Portugal faces other quite extraordinary challenges: It has the lowest birth rate in the Eurozone, has to contend with an exodus of the young people to other countries, the lowest overall level of qualifications of its population in Europe, as well as low productivity levels.

With just nine patents per one million inhabitants, Portugal performs better than Greece (with four patents per million). However, it lags significantly behind countries such as Italy with 70 and Germany with 277. What about competing on price alone? That is a difficult proposition for a European country with high debt levels.

Thus, I arrive at two conclusions: First, Portugal will never be in a position to serve its debt. Second, having access to the capital market is only the result of ECB policies and not the result of successful macro or micro policies pursued inside Portugal. But what will this lead to?

Until now, the Greek finance minister Yanis Varoufakis is one of the few asking openly for direct funding of the governments by the ECB. His proposal that the ECB buy up government bonds and exchange these into interest-free perpetuals still seems to be too creative to be broadly acceptable.

The higher the debt levels of European nations in crisis grow — and this is simple mathematics — the more visible it will become that this debt is out of control. Then, the pressure on the ECB to “fix” the problem with its balance sheet will become overwhelming.

When speaking about Greece, the media often claim that, thanks to the Eurozone’s extension of the program, the “bankruptcy of the country was avoided.” This is of course rubbish.

What was postponed was not the bankruptcy itself, but only the official declaration of Greece’s bankruptcy. Once Greece runs out of money, it won’t be a temporary liquidity issue (as it is perceived in the media), but the open declaration of an already well-known fact.

It is important to realize that essentially the same holds true for Portugal.

Portugal is no less bankrupt than Greece.

Portugal’s debt level - 381% of GDP including private households and non-financial corporations - is well above Greece's.

Greece is bankrupt. And all that has been postponed is the official declaration of Greece’s bankruptcy.

Greece’s problems manifest via government debt, Portugal suffers from too much debt in all 3 sectors of the economy.

Portugal is no less bankrupt than Greece.

Portugal’s debt level - 381% of GDP including private households and non-financial corporations - is well above Greece's.

Greece is bankrupt. And all that has been postponed is the official declaration of Greece’s bankruptcy.

Greece’s problems manifest via government debt, Portugal suffers from too much debt in all 3 sectors of the economy.

Obama: No More Special Treatment for Mr. Modi and India