The U.S. is still the world’s gold standard. 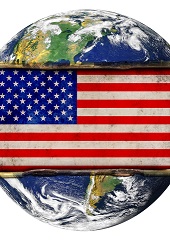 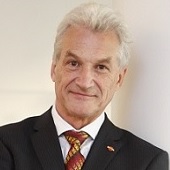 The values that the “American dream” stands for are shared globally (with a few obvious exceptions, such as the adherents of the so-called Islamic State).

First part of this essay

Even so, that cultural and ideological prevalence never meant that America always got its way, except maybe in some infamous cases in Latin America. It meant rather that the United States was able to form and manage its coalitions in ways acceptable to its partners.

This approach has been discredited mainly by the Iraq War in 2003, and being a credible leader of the “free world” has become more difficult in the process. The rise of China and other new major powers also contributes to a dissolving – or at least more complex order – of international society. There is at the very least a diffusion of power among more actors (not yet necessarily “poles” of their own right).

Hesitation is not decline

This reality makes coalition management more complicated, but it does not mean it is impossible.

The world is watching a United States that is not sure whether it wants to “rebalance” its engagement to Asia, and to what degree – or if a “G2” arrangement with China isn’t the better option – or whether a major armed engagement in the Middle East against the Islamic State is unavoidable, and with whom.

However, observations of a vacillating, hesitating superpower does not yet amount to the international community buying into the theory of America’s “decline.”

The global disillusionment stems rather from the way the United States seems to implicitly accept the “decline” theory. It bristles at criticism or not getting its way and then turns away to focus on activities like fracking – to use hyperbole – as if to leave the world on its own.

In a globalized world, any country, and more than any other a superpower, can only do this at its own peril: the costs of regaining influence on solving global, regional and national problems will be high.

With the Senate Intelligence Committee report on CIA torture, both America’s foreign and domestic problems come together in a nutshell. The United States’ using the same methods as its enemies projects the image of a desperate, helpless giant.

While it is in the best and courageous tradition of American democracy to lay open its mistakes for the world to see, the world also now sees the effort to silence critics of such policies, rather than an effort to treat the root causes of the torture scandal.

So far it is not clear whether the New Year will bring acceptance and decisive steps by Congress to remedy an attitude that allowed outrageous things to occur. Instead, the scandal may simply be shrugged away again as something that belongs to the sad legacy of George W. Bush, and better to be left to rest.

Thus the identification of new problems does not excite a feeling that challenge provides America’s citizens an opportunity to prove that ”Yes, We Can” realize daring hopes.

Instead, those in the public realm seek out a battlefield where they can still effect change, namely Congress. It is easier to turn the president into the scapegoat for all that does not work, for all the misery in the United States and the world, and try to terminate achieving any legislation at all.

To face up to the actual problems America is confronted with, and to try to solve them, would always be much more trouble and effort than can be achieved at a tea party.

It is, on the other hand, also easier to sign executive orders and blame Congress than to build national coalitions for far-reaching changes. To overcome the hesitation borne out of uncertainty that goes with rational analysis would require long-term strategies, implemented with long breath.

Granted, there is also a serious domestic conflict, spanning generations, behind this, over the role of government as such. This is a real question – but one twisted around to serve frivolous purposes at a time that such misuse cannot be afforded and does damage to the United States and others.

For Europe, no choice but to help lead

These are American debates, not European ones, but Europe is affected. Common problems – IS, Russia’s new robustness, China’s new assertiveness, or the need to make trade and industry more competitive – are grave, and they need attention.

Europe is still battling its economic woes. It is also in the midst of a struggle to create more efficient institutions in Brussels, to make the best use of a strengthened European Parliament and to deal with foreign affairs after the adoption of the Lisbon Treaty.

Transatlantic approaches to solving common problems are therefore difficult to envisage. Not even TTIP negotiations may make much progress. But given the expected and feared stalemate in Washington over the next two years, the view across the Atlantic should be enough motivation for Europe to try to pick up the slack where necessary.

Societal and political vision is a resource left to us by Enlightenment. It is a European as much as an American one. In concrete terms: As the United States enters what is likely to be an even more halting and hesitating year, Europe should not shy away when coalition management is now more in its hands than ever before.

I left the United States with a feeling of uncertainty: Despite the internal strife and debates, this country has opportunities and strengths at its fingertips that are incomparable to those of any other, and it is still the paragon of what people in many places in the world aspire to.

Things could change – for the better, too. America could still be the one country of reference for the world. And maybe it will, even in the upcoming year. Maybe.

The values that the “American dream” stands for are shared globally.

For the US, the costs of regaining influence on solving global, regional, and national problems will be high.

The US has opportunities and strengths at its fingertips that are incomparable to those of any other nation.

The values that the “American dream” stands for are shared globally.

For the US, the costs of regaining influence on solving global, regional, and national problems will be high.

The US has opportunities and strengths at its fingertips that are incomparable to those of any other nation.