Are Russia and Central Asia set to become the Saudi Arabia and Middle East of the global gas market? 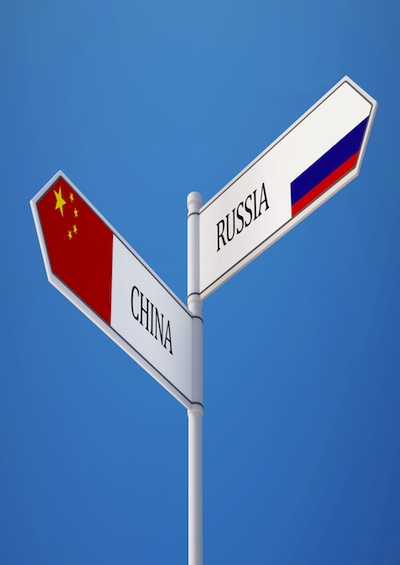 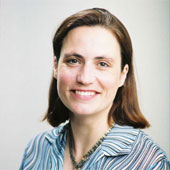 In the 1990s, competition between the United States and Russia over the direction of oil transportation routes from the Caspian Basin to European and world markets grabbed international attention.

In the 21st century, accessing the emerging gas markets of India and Asia will add a whole new dimension and roster of players to the game.

In fact, by 2020, the game will not be limited to the so-called "Great Powers" — in this case Russia and the United States. China, Iran and several ex-Soviet states in Central Asia, among others, will have major roles. But for now, Russia seems set to dominate the early play.

In part, all of these shifts are the result of the new importance of gas. Although oil accounts for 40% of global energy consumption, environmental concerns and significant local reserves have made gas the fastest-growing energy source in Europe and Asia.

This is especially the case in the static power sector where gas is increasingly the fuel of choice. Natural gas now accounts for about 23% of world energy consumption. It is projected to account for almost 30% by 2020 — and is rapidly becoming a globally traded commodity.

Over 28% of gas consumed today crosses an international land or maritime border — either by pipeline or by tanker in the form of liquefied natural gas (LNG). Asia — especially India and China — are the new frontier for gas.

Asia already accounts for about 20% of world energy consumption — and its demand is projected to rise sharply.

Although India and China are almost completely self-sufficient in coal, both countries would like to meet new demand through increased gas consumption. This would allow them to mitigate the costs of pollution from coal and dependency on Middle East oil.

While the Caspian was touted as a new global source of oil in the 1990s, its future is also in gas. Some of this gas could ultimately supply markets in India and China.

The most significant gas reserves are in the Central Asian states of Kazakhstan, Turkmenistan and Uzbekistan, with additional new finds across the Caspian in Azerbaijan.

But it is Russia that looms in regional gas. Russia has the world's largest gas reserves — about one-third of total supply. The bulk of reserves are in Siberia with only a small portion in the Caspian Basin. Yet, Russia has the ability to dominate Central Asian gas production and exports.

How? Russia is a world-class gas producer and exporter. It is already a major supplier to Europe and the primary supplier to Turkey, with ambitions to break into Asia.

In contrast, Kazakhstan, Turkmenistan and Uzbekistan have been constrained as producers and exporters. Central Asian gas fields are poorly situated for European and Asian markets and lack pipeline infrastructure. All existing export pipelines run through Russia.

And international energy companies have failed to make the same inroads into regional gas production as they have in Caspian oil.

As a result, Kazakhstan's vast gas reserves are under-utilized even for the domestic market as the major fields have yet to be connected to the existing gas pipeline network.

Turkmenistan's exports have been squeezed by Russia — and diverted toward former Soviet states that frequently fall behind on their gas payments. And Uzbekistan almost exclusively supplies local Central Asian consumers.

In 2002, Russia enhanced its regional position with the promotion of a Eurasian Gas Alliance to coordinate gas production with Kazakhstan, Turkmenistan and Uzbekistan.

This budding alliance was consolidated through a series of agreements on bilateral energy cooperation between Russia and Kazakhstan. All of these seem to ensure Russia's energy industry the dominant role in Central Asian gas.

In 2002, Russia's giant gas company, Gazprom — a state-dominated behemoth that single-handedly controls 25% of global gas reserves — also unveiled long-term plans to transport Russian gas south to Pakistan and India, as well as east to China and west to Europe.

In gas flows to the Indian subcontinent, the Central Asian states must also contend with Iran. That country has the second-largest gas reserves after Russia and very much its own ambitions.

In spite of past offers to act as a transit country for Turkmenistan's gas to Pakistan and India, Tehran has engaged in intensive negotiations to export Iranian gas.

Iran has proposed pipelines to Pakistan that would bypass Turkmenistan and Afghanistan — and explored pipelines under the Persian Gulf to India to avoid Pakistan.

Although the threat of war between India and Pakistan and insufficient gas demand in both countries have put these plans on hold, Russia could also be poised for participation if they move forward.

Gazprom is heavily involved in Iranian gas development. And together, Russia and Iran hold just under half of the world's proven gas reserves.

And yet, despite all this, Russia's gas industry is not without its problems, some of them serious. Gazprom is heavily indebted.

It faces declining production volumes and is unlikely to be able to achieve its ambitious export plans without tapping into new fields and major new investment.

There is also considerable competition in global gas markets — especially in Asia where there are multiple supply options, including Australia, Bangladesh, Indonesia and Malaysia, as well as Saudi Arabia, the United Arab Emirates and Qatar in the Persian Gulf.

As in oil markets, price rather than supply is the primary determinant of consumption patterns. Asian consumers such as India and China may ultimately find it cheaper to ship LNG from Australia and Qatar than to bring natural gas by pipeline from Russia. Russia may look like an early winner in the Great Gas Game 2020. But its long-term success is by no means assured.

Editor’s note: This article was written by Fiona Hill while she was at the Brookings Institution.

Israel: Up Against A Wall?