The Myth of Asia: Now Perpetrated By Asians Themselves

Why “Asia” never made any sense. 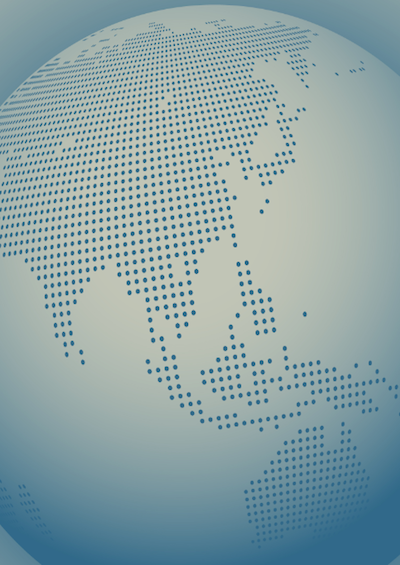 A 2015 resolution: Let’s ban sweeping terms such as “Asian values”, the “rise of Asia” and the “Asian dynamic.”

Read second part of this essay

▪ The Myth of Asia: The Absence of an Asian Intellectual Space

“Asia,” the “Orient” and the “East” are European concepts meant to include every part of the Eurasian continent beyond Europe: from the Red Sea to the East China Sea. In reality it never made any sense to generalize about Asia — and much less so now.

For a long time, it was Westerners who engaged in using this term sweepingly and ended up creating often grotesque or pseudo-mysterious (e.g. “the Asian Mystique”) caricatures.

The late Edward Saïd in his highly stimulating book Orientalism, rightly castigated the West for creating a catch-all stereotype that was meant to include 60% of the world’s population.

Karl Marx in the 1850s wrote of the “Asiatic mode or production.” A century later, Karl Wittfogel authored a book entitled “Oriental Despotism,” while the Swedish Nobel Laureate Gunnar Myrdal (in 1968) produced a three-volume opus entitled “Asian Drama: Inquiry into the Poverty of Nations.”

While many Western writers still generalize about Asia, in some cases it is especially Asians who have fallen into the “Orientalist trap.” A recent article in the Financial Times by Kishore Mahbubani, the Singaporean scholar/diplomat, vividly illustrates this proclivity.

In the article, which berates Western pundits for being blinded from understanding Asian realities by their “Western preconceptions,” he asserts “I know the Asian dynamic.”

I wonder! What Asian dynamic? Asian “dynamics” clearly differ enormously between, say, Peshawar and Osaka, as they will between Busan and Bombay, between Teheran and Bangkok, between Ramallah and Manila, and indeed between Singapore and Vientiane.

Mahbubani states in the article that “for over two decades, I have been writing about the rise of Asia and the dynamic driving it.” Though it is true that certain Asian economies have experienced dynamic growth and development, they are primarily in East Asia. The idea that the entire Asian continent is “rising” defies reality.

For all the Asian dynamism, 60% of Indians still live with less than $2 a day, while an estimated 600 million of them have no access to proper sanitation. Even in the more dynamic East Asia, there are still very poor people and countries, notably Laos, Cambodia and Myanmar.

The rise has been highly uneven. To date, only five East Asian economies have escaped the middle-income trap: Hong Kong, Japan, Singapore, South Korea and Taiwan. The key challenge of the first half of the 21st century will be to see if China follows suit.

There are indeed good grounds for being cautiously bullish about the socio-economic prospects of other East Asian economies (eg Indonesia, Malaysia, and Vietnam), in much of the rest of Asia the situation is more problematical.

The big test will be to see whether India can generate sustained and reasonably inclusive growth. There are high expectations in respect to the new government, but so far as outcomes are concerned, the jury must stay out for now.

And if the analysis of Chandran Nair, the author of “Consumptionomics,” bears out — that is, if Asia’s rise mostly translates into an unreflected embrace of Western (mostly American) values of materialism — then there isn’t anything particularly Asian about that, to put it charitably.

Asian “Orientalist perspectives” also extend to history.
The Indian scholar Pankaj Mishra, in his book From the Ruins of Empire: The Intellectuals Who Remade Asia (2012), writes about the revolt against Western imperialism. It is a very compelling book which I much enjoyed reading. However despite all the historically valid points he highlights, he (and other Asian authors) identify a common Asian experience as the struggle against Western imperialism.

That claim is hard to square with the facts on the ground: Korea was actually colonized by Japan. And while the Chinese certainly fell prey to the imperialist exploitation of the West, especially by Britain, the main resentment of Chinese today is against the Japanese imperialists.

Those historic realities do not keep Mahbubani and other Asian pundits from waxing lyrically about “Asian values.”

Once again, I wonder: Does that term capture the values from the dynamic lying behind the establishment of ISIS to the dynamic that has led to the democratization of Indonesia? Hardly. And yet, not only are these two cases both Asian. They are also both predominantly Muslim — but clearly do not share the same values!

The 21st century will not be the “Asian century” — if only because that does not mean anything: the idea of Asia is a myth.

To be sure, the Asian continent, in striking contrast to its peripheral position during the 19th and much of the 20th centuries, will in all likelihood be where many of the main chapters of the 21st century narrative will be written.

Responsible citizens everywhere need to try to understand these dynamics. In that effort, we ought to be aware that we should not fall into the reverse “Orientalism” trap: What was a crude tool of generalization when perpetrated by Westerners a century or at least many decades ago is not any less off target because it is now Asian voices who are singing that song.

As always sweeping generalizations are more of an obstacle than a vehicle to knowledge. So let us all resolve at this beginning of 2015 to ban terms such as “Asian values,” “the rise of Asia,” the “Asian dynamic,” the “Asian miracle” and so forth!

A 2015 resolution: Let’s ban sweeping terms such as “Asian values.” the “rise of Asia” and the “Asian dynamic.”

For all the Asian dynamism, 60% of Indians still live with less than $2 a day.

The 21st century will not be the “Asian century” because the idea of Asia is a myth.

Rarely is there a broader common sub-regional narrative that fits with any degree of precision.

A 2015 resolution: Let’s ban sweeping terms such as “Asian values.” the “rise of Asia” and the “Asian dynamic.”

For all the Asian dynamism, 60% of Indians still live with less than $2 a day.

The 21st century will not be the “Asian century” because the idea of Asia is a myth.

Rarely is there a broader common sub-regional narrative that fits with any degree of precision.

Best of the Globalist Quiz 2014